The map of Lucca Effetto Cinema 2022 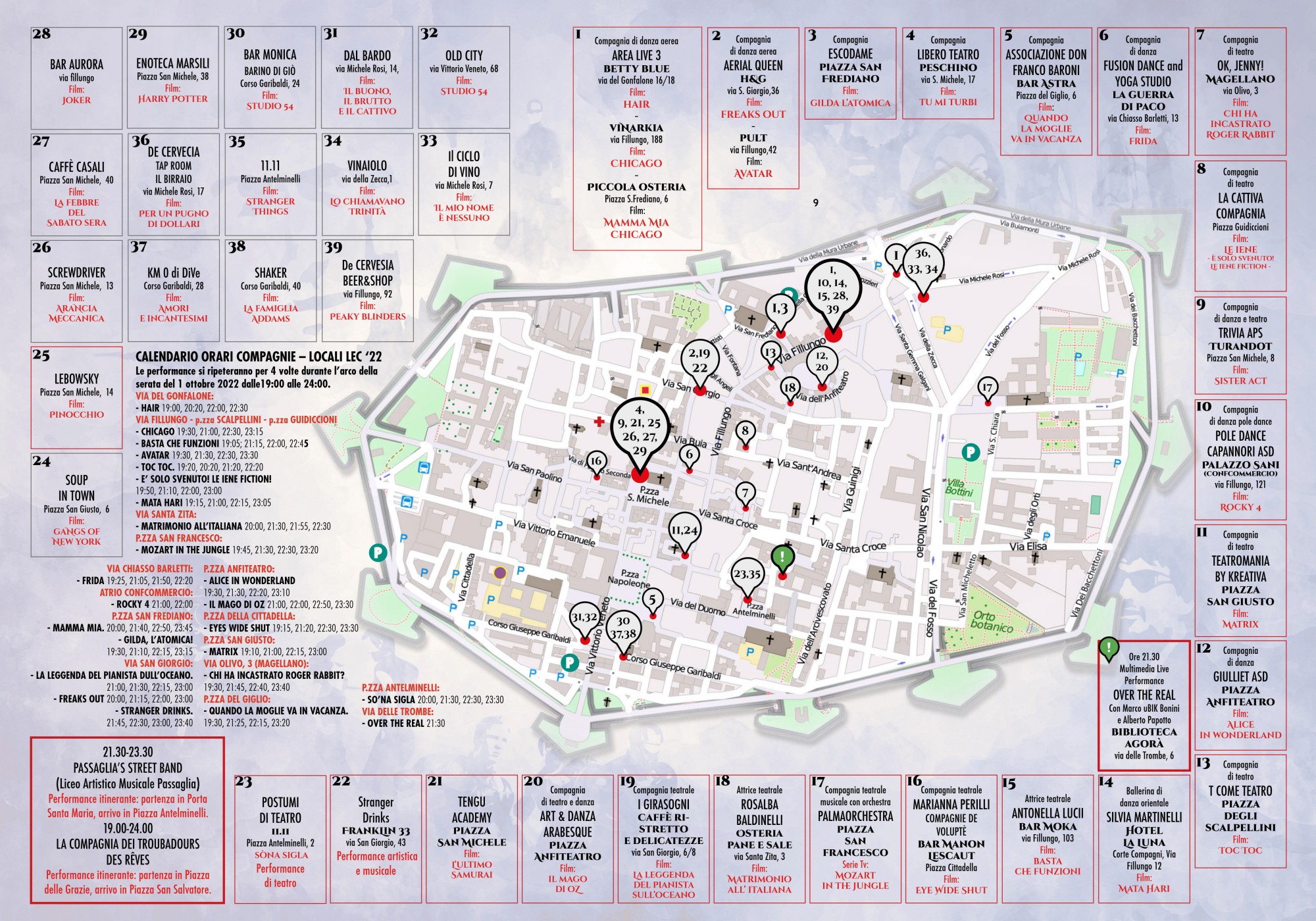 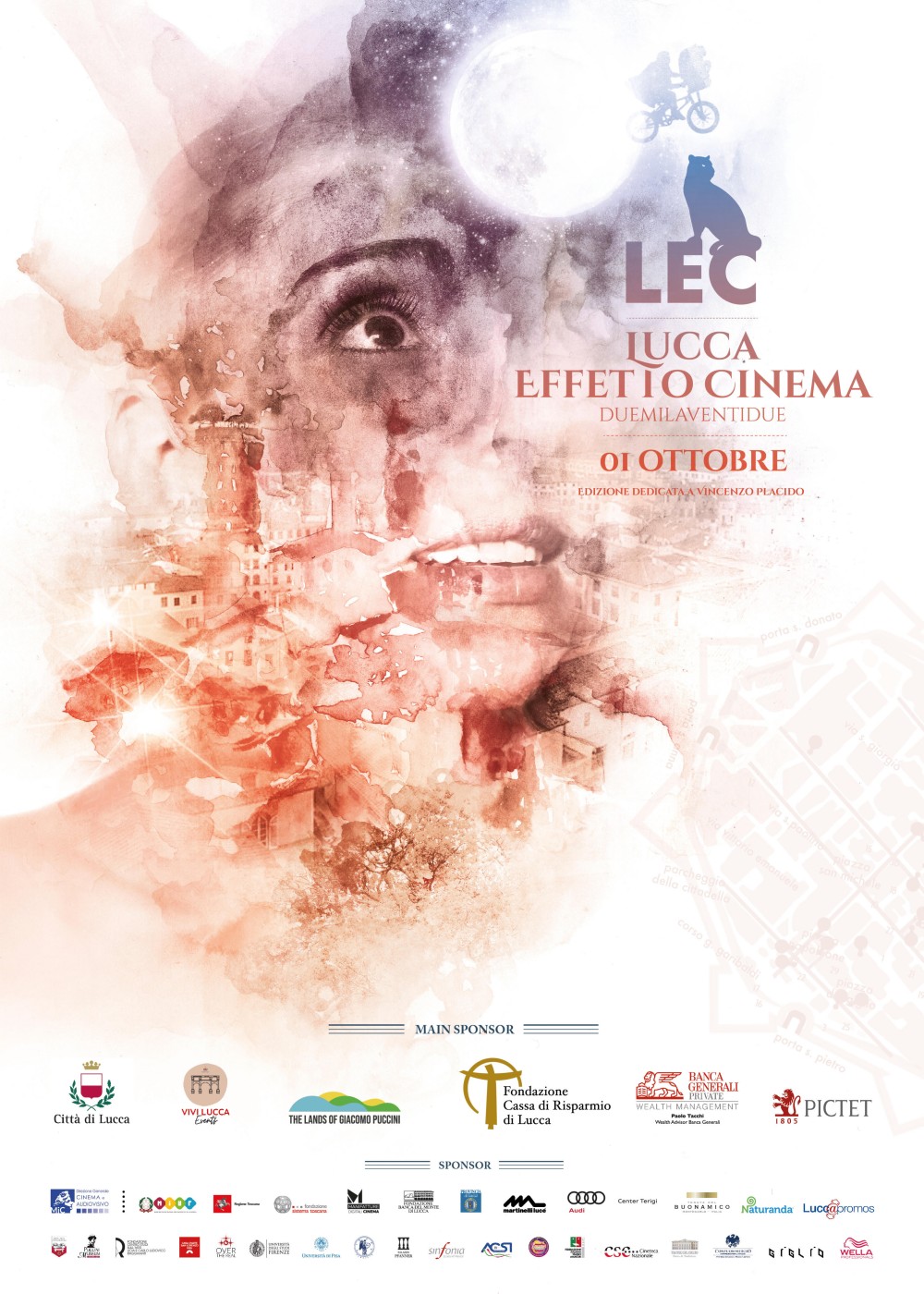 Taking place on Saturday, October 1st from 7 to 12 p.m., after a two-year stop for the pandemic, Lucca Effetto Cinema is an event incorporated within the Lucca Film Festival, one of the leading events on the Italian cultural scene, realized thanks to the contribution of Fondazione Cassa di Risparmio di Lucca and founded and directed by Nicola Borrelli. The film festival takes place from September 23rd to October 2nd, 2022, with free admission subject to availability.

Under the artistic direction of Irene Passaglia and Cristina Puccinelli, Lucca Effetto Cinema holds all performative events and, like every year, presents a special night that will involve 25 theater and dance companies, each performing an homage to a different film in combination with an old town public building in Lucca.

“This year” – stresses the artistic direction – “the biggest challenge was to be able to bring to the stage, after the break period, an event that has the flavor of past editions, and at the same time to guarantee the quality of the performances proposed. We also wanted to make the event stand out by moving back to the original name, from Lucca Effetto Cinema Notte to Lucca Effetto Cinema: this edition is dedicated to professor Vincenzo Placido, who passed away recently and who supported this event from the very beginning. In fact, the name of the event is taken from his book ‘Lucca Effetto Cinema’, where the professor recounts, through pictures and words, the films that were shot in Lucca, highlighting the bond between the city and the seventh art.“

Many micro-performances from 5 to 10 minutes – with breaks of at least 30 minutes in between – co-produced by the festival together with amateur acting associations and dance companies, not only from the area, but also from the rest of the region.

The 2022 jury will assign the Best Performance Award, as well as a €500 prize, to the winning artist, followed by another €500-worth prize, consisting of supplies of eco-sustainable materials, for the Best Set Design. This prize is dedicated to public establishments and made available thanks to the Lucca company Naturanda with Luca Bozzoli, sponsor of this edition. In collaboration with Confcommercio di Lucca, Massa e Carrara, this edition will involve the old town’s retailers, ready to welcome an interesting initiative: during the weeks prior to the Lucca Film Festival, clients of the stores taking part in the initiative will find a QR code in the latter, which can be used to register to the contest. The winner gets an aperitif with a guest star, a free entrance to the online course History of Cinema held by professor and Lucca Film Festival artistic director Nicola Borrelli, and the 2022 Lucca Film Festival catalogue. Their trusted shopkeeper will get the same prize.