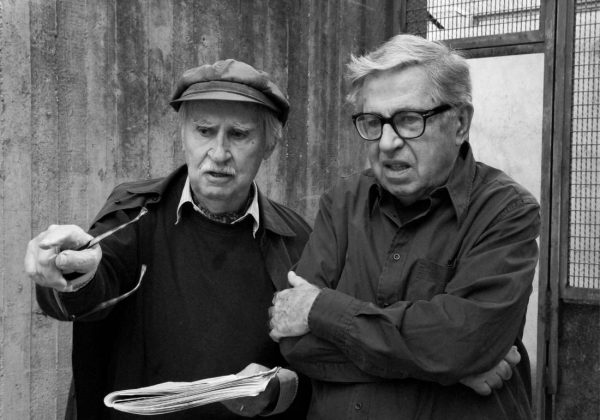 A Journey from San Miniato to Hollywood

On the first anniversary of Vittorio Taviani’s passing on 15 April 2018, Lucca Film Festival e Europa Cinema 2019 will honor the Taviani Brothers with a Tribute curated by Riccardo Ferrucci and Alessandro Romanini, in charge of Festival’s exhibition events, and with the collaboration of Annalisa Bugliani. The two iconic figures of Italian Cinema have received countless recognitions and awards, from the Venice Festival’s Golden Lion to celebrate their Lifetime Achievement and the Palme d’Or at the Cannes Film Festival for Padre Padrone to the Berlin International Film Festival’s Golden Bear for Cesare Must Die and numerous David di Donatello prizes.

The Palazzo Ducale in Lucca will host two exhibits featuring photographs by Umberto Montiroli, their set photographer since 1977 who over the years has been able to capture the most poignant moments of Paolo and Vittorio Taviani’s poetic creative process. A story that unfolds within a story. The first exhibition entitled SACRI SILENZI (Sacred Silences) is curated by Leonardo Casalini and showcases a documentary that narrates the Taviani Brothers’ unique cinematic adventure through never-seen-before images. The second exhibit CESARE DEVE MORIRE (Cesar Must Die) is dedicated to the homonymous film and is curated by Andrea Mancini. (30 March-23 April 2019)

On 13 April, Good Morning, Babylon (1987) will be screened in its completely restored version thanks to the work carried out by the Cineteca Nazionale and the Istituto Luce – Cinecittà. Prior to the screening, Director Paolo Taviani will receive the Lucca Film Festival Lifetime Achievement Award.
The film recreates Hollywood in the former Tirrenia film studios and follows the story of two Italian brothers who emigrate to America at the beginning of the 1900s to find work as set designers for D.W. Griffith’s silent film epic Intolerance. Co-produced with France and the United States, the film was first shot in English and then in Italian and boasts a remarkable international cast. At the same time, Good Morning, Babylon highlights the proudly Italian – indeed Tuscan, roots of the two filmmakers from San Miniato and was shot between Livorno and the Tirrenia film studios. A manifesto of Italy and of the value of craftsmanship in an era when profound crisis had struck the Italian cultural, cinematic and industrial system, and indeed would continue to do so in the years to come. Production Manager Grass (David Brandon) denigrates the two brothers and says that he knows Italians well, adding that they are liars, quick with words, crafty and lazy. People who like to laze about in the sun resting their hands on their bellies. To which the Bonanno brothers (Vincent Spano and Joaquim de Almeida) answer: “These hands have restored the cathedrals of Pisa, Lucca, Florence” and ” We are the sons of the sons of Michelangelo and Leonardo. Whose son are you?”
Special thanks goes to the Municipality of San Miniato and to the Taviani Cinema Center in San Miniato who have made the two exhibitions possible.

In the exhibit catalogue, curator Leonardo Casalini writes “Sacri Silenzi illustrates the lives of two great cinema authors: original, in constant evolution yet always characterized by an incorruptible coherence. Two icons who have been the protagonists of expressive and cultural research that delves into the earth while reaching towards the sky. Their political cinema has its roots grounded in the documentary and in Rossellini’s and De Sica’s neorealism. As it explores and experiments, it offers us a serious and committed vision that is also ironic, fantastical and dreamy. A passionate cinema of great musicality. A cinema made up of glances, bodies and landscapes”.

“For Pasolini, cinema was above all painting; for Fellini it was staging; for Visconti literature; and for Eisenstein, editing, together with the strength, wonder and joy of placing the camera correctly”, recall the Taviani brothers. “For us everything is important, but the key element is the relationship between image and sound. It is in that moment that the strength, the magic, the mystery and the curiosity of cinema fully emerges”. The most memorable scenes of their works stem from the strength that fully expresses that encounter/clash between music and image. At times, even silence manifests itself as a musical presence, as the rupture of an established order.

Although they lived in Rome, Paolo and Vittorio Taviani have always loved their homeland deeply and have always nurtured their tight bond with Tuscany and San Miniato. The Taviani brothers are the most authentic interpreters of the dichotomy that characterizes Tuscany, radiance accompanied by a shadow of violence, death and loneliness. Undoubtedly, Tuscany is the protagonist of landmark films like The Night of the Shooting Stars (La notte di San Lorenzo) and of the last film Paolo and Vittorio directed together Wondrous Boccaccio (Maraviglioso Boccaccio) that represents the pinnacle of their poetic imagery. However, it is also true that Tuscany is only one of the leitmotivs of the two filmmakers, who use nature’s scenery as a huge open-air stage and as a palette to create dreams, memories, legends set in large natural theaters.

Vittorio’s death has marked the end of a partnership that was unique in Italian cinema. Paolo and Vittorio are among the greatest poets of contemporary cinema, loved by foreign directors such as Scorsese and Tarkovskij and by audiences worldwide. Their films highlight superb craftsmanship, works of art created with stunning compositional wisdom, brimming with ideas and utopias albeit without the great financial budgets available in American cinema. Their love for film dates back to when they saw Paisa by Roberto Rossellini in a small cinema in Pisa; and their passion for performance was born when their father, a lawyer, would take them as children to see and listen to opera at the Maggio Musicale Fiorentino in Florence. Thus, the genesis of their attraction for the seventh art and their desire to tell stories through images, colors and sounds.

In 1986, when the Taviani Brothers received the Golden Lion Life Award at the Venice International Film Festival, the Director of the Biennale Cinema Gian Luigi Rondi stated, “With their The Night of Shooting Stars, the Taviani brothers revolutionized cinema as a whole, Italian cinema and their own creativity. In other words, they opened a breach in the heart of the ‘80s through which all Poetry cinema, and not only their own, has been able to flow”. Following the release in the USA of their film Fiorile in 1994, Martin Scorsese stated, “I am happy to be able to present the new work by Paolo and Vittorio Taviani. When a new Taviani Brothers film is released, it is welcomed with great delight; and in the interval between their movies, we are always left with the feeling that something is missing. “

One of the most important films directed by Paolo and Vittorio Taviani is Kaos, based on the short stories by Italian author Luigi Pirandello. In one of the final scenes, Pirandello’s mother turns to her son and says, “Look at things with the eyes of those who can no longer see them! You will experience a regret, my son, which will make them even more sacred and more beautiful.” A perfect finale to the great poetic adventure of Paolo and Vittorio Taviani’s cinematography, the two brothers who were able to find beauty and happiness hidden even in the most painful moments in human history. 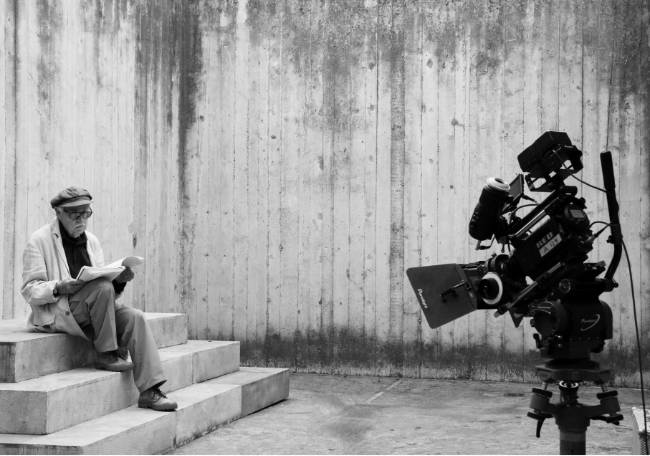