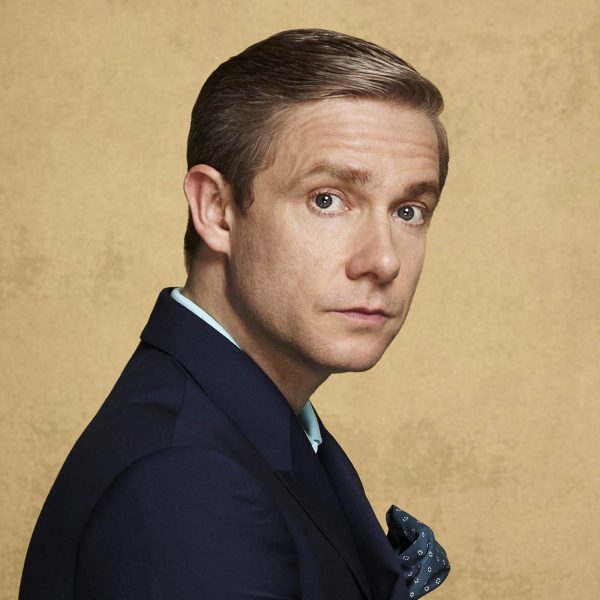 British actor Martin Freeman will be the guest star of the Lucca Film Festival – Europa Cinema 2018, taking place from 8 to 15 April 2018. Freeman will receive the Festival’s Lifetime Achievement Award and will present in an Italian premiere his latest film, “Ghost stories” co-directed by Jeremy Dyson and Andy Nyman adapted from their eponymous stage play. “Ghost stories” will be in Italian cinemas from 19 April and is distributed by Adler Entertainment.

The English film star, who is currently starring in “Black Panther” showing in cinemas, now, will be at the Tuscan film festival on 9 April to present “Ghost stories”, where he plays a skeptical TV host dealing with self-proclaimed psychics and violent unresolved mysteries. After the film screening, Martin Freeman will meet the audience in a question and answer session.

Freeman’s extraordinary career ranges from literature to comics, from cinema and television to theater. The latest “Black Panther” expands the ample list of acclaimed roles played by the British actor, incredible characters like Bilbo Baggins in the three film adaptations of the fantasy novel The Hobbit by J. R. R. Tolkien, Dr. Watson in the BBC series Sherlock, Lester Nygaard in the acclaimed Fargo, not to mention the award-winning series The Office.

Martin Freeman has experimented with narrative genres that are completely heterogeneous ranging from fantasy movies to comedies and mystery films; brazenly challenged tradition using an innovative language and style as we can see in the above-mentioned TV series and in the new thriller “Ghost stories” that will be presented at the Lucca Film Festival – Europa Cinema 2018.

Previously, organizers of the LFFEC had announced the participation of another internationally renowned cinema Maestro, Stephen Frears.

Two exhibitions curated by Alessandro Romanini are at the heart of this year’s program. The exhibit In Search of Lost Time (À la recherche du temps perdu) is produced by the Experimental Center of Cinematography in Rome and will be hosted at the Palazzo Ducale in Lucca (17 March-21 April 2018). After last year’s tribute to Federico Fellini and The Journey of G. Mastorna hosted at the GAMC in Viareggio, in 2018 students of the Department of Stage Design headed by Francesco Frigeri will delve into Marcel Proust’s Recherche.  By drafting a series of tables and sketches, students have recreated the atmosphere of the film Luchino Visconti imagined but never realized. The Recherche storyboards are permeated by the Parisian bohemian spirit so typical of early 1900s French art, by the glamorous ambiance of the cafes and of the dining room of the Grand Hotel Balbec, by the bakeries and inspired by sunny squares like Place des Vosges and by Les Invalides metro station.

The second exhibition curated by Romanini “Close up on Art. Behind the scenes of SKY’s artistic productions” will be on display at the Fondazione Ragghianti in Lucca (22 March – 23 April 2018). Over 40 photographs will illustrate the “Dream Creator Machine” in every aspect from the sets, actors in various stages of production, technicians at work and directors of Photography to the Cinecittà studios, the set design preparation and realization, the designing and making of costumes and, finally, processes related to the new “immersive” 3D illustrated technologies. The exhibit showcases photographs of the works of Michelangelo, Caravaggio and Raphael taken in the Vatican Museums, breathtaking aerial images of the Roman basilicas captured on film for the first time thanks to the permits granted by the Vatican and photos of Uffizi Gallery in Florence, to name a few.