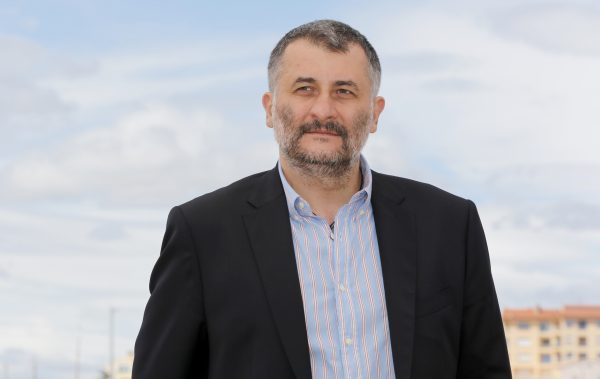 Cristi Puiu is one of the most prominent directors and founder of the “Romanian new wave”. In 2004 he won the Golden Bear for best short feature with Cigarettes and Coffee. From 2005 to today, he has became a regular guest at the Cannes’s festival, where he also won with The death of mr. Lazarescu. He presented his last two features there, Aurora(2010) and Sieranevada (2016) – distributed by “Parthenos film”.

Cristi Puiu: the formation as a painter and the first cinematic features

Cristi Puiu was born in Bucarest in 1967 and there he spent his youth. His artistic formation began in 1992, as he was accepted at the École Supérieure d’Arts Visuels in Geneva. As he initially wishes to become a painter, he first studied in the painting class, until  he decided, after “discovering” the oeuvres of Cassavetes, Bresson and Wiseman, to drift toward being a director. His influences go from cinema to literature, but most of all, theater. In Particular, Eugene Ionesco, the french-romanian author that is recognized, thank to his absurd pieces, as one of the most memorable play writers of last century. Puiu’s filmmaking is clearly inspired by theater; in a way because the plot often takes place in indoor location and also because the time of the story is really close to the “real” time.

His career begins with a low budget road movie: Marfa si banii (2001). The movie has a good critic success and gets shown in various international festivals. In 2003, he wrote a script for Lucian Pintille, called Niki ardelean, colonel in rezerva (2003). The year next he shot his first short feature, Cigarettes and Coffee, which gave him the chance to do the movie that will make Romanian new wave worldwide famous.

Success: The death of Mr. Lazarescu, Aurora and Sieranevada.

The death of Mr. Lazarescu is the most “absurd” of Cristi Puiu’s films. He tells the story of the tragicomic odyssey of a sixty year old man who, in the course of one night, gets transferred from hospital to hospital, while his health status gets worse and worse. With this movie, he won the biggest prize in the Un certain regard category.

In 2010 he presented, in the official competition category, Aurora, where he also acts and plays the main character: a forty-two years old metal worker buys a rifle and wanders, in his car, in the street of bucarest, planning a revenge that will put an end to his sorrow. The movie has also won all of the most important prizes at the Gopos awards, the Romanian cinema prizes.

His last movie, Sieranevada, was one of the most critically acclaimed one on the “croisette” and it will be shown, as a preview, at the Lucca Film Festival and Europa Cinema, distributed by “Parthenos film”.