Argentinian director Gaspar Noé guest of honor at the festival 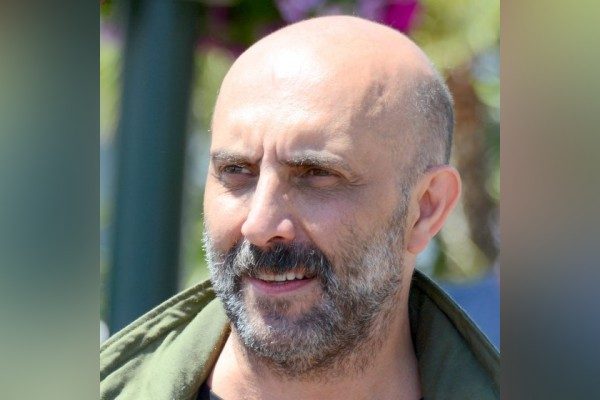 Gaspar Noé will be the protagonist of a masterclass and a complete retrospective and will receive the Lifetime Achievement Award.

Argentinian director, screenwriter, editor and producer Gaspar Noé will be one of the guests of honor at the Lucca Film Festival, leading event of the Italian cultural scene taking place from September 23rd to October 2nd, 2022 in Lucca. Director of films such as Irréversible, Enter the Void and Love, Gaspar Noé will be the protagonist of a retrospective of his feature films, edited by journalists Paolo Zelati and Stefano Giorgi – from the artistic direction of the festival – and taking place in different locations around the city. On September 23rd the director will also hold a Masterclass at the Cinema Astra, moderated by Paolo Zelati and followed by the awarding of the Lifetime Achievement Award in his honor. The Lucca Film Festival, organised with the support of Fondazione Cassa di Risparmio di Lucca, will also show Vortex, latest film by the director from Buenos Aires. Born in 1963 to Argentinian painter Luis Felipe ‘Yuyo’ Noé, Gaspar Noé emigrated  to France with his family in 1976 to escape the National Reorganization Process of Videla’s military council.

His style and techniques make little use of narration and typically feature offensive and oftentimes hermeneutic cinematography, a violent and not very intimate treatment of sexual behavior and a pervasive sense of  nihilism or social despair. Noé often breaks down the fourth wall, addressing the audience directly through the use of sometimes “stroboscopic” typography – as in the opening credits of Enter the Void – which aims at disturbing the viewer, similarly to the typographic methods used by Jean-Luc Godard. His narratives take inspiration from films such as Taxi Driver and A Clockwork Orange and Stanley Kubrick’s films are in general a great source of inspiration for his work. He made his feature film debut in 1998 with Seul contre tous, followed by the success of Irréversible in 2002 and gained the consecration as a cult director thanks to Enter the Void in 2009. Then Love came in 2015, followed by Climax in 2018, Lux Aeterna in 2019 and the latest Vortex of 2021. Advertising director for Yves Saint Laurent, he directed various music videos, from Je n’ai pas by Mano Solo to Protège-moi by Placebo to We No Who U R by Nick Cave and the Bad Seeds.

An international selection of films, both feature films and short films, all at their Italian premieres – including Tropic of Violence, which marks Manuel Schapira’s directorial debut – will participate in the international competitions that are at the heart of the festival program. The competing short films will also be available online worldwide on Festival Scope.

The competitions, as usual, are divided between feature films and short films. Both sections will have four juries: a jury made up of international audiovisual professionals (awarding a 3,000-euro prize to the best film for both sections), a popular jury, a university jury and a press jury. Among the new features introduced last year, the press jury, made up of press and communication experts giving the “Marcello Petrozziello” award, dedicated to the late homonymous well-known journalist and great communicator from Lucca, who was Press Office and External Relationships coordinator for Fondazione Cassa di Risparmio di Lucca.