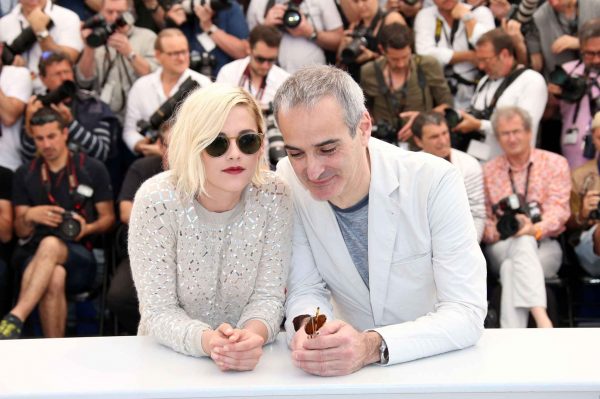 “Ultimately, what I am most interested in is what contradicts what I have written because that’s exactly where real life moves into the film.”

High expectation this year, at Lucca Film Festival and Europa Cinema, for Olivier Assayas, one of the guests of honor to whom the closing gala on Sunday, April 9th, will be dedicated. Let’s go back through his brilliant career.

French director made his debut at age 24 with the short film Copyright (1979), which earned him the opportunity to work at Cahiers du Cinéma. He collaborated for five years with the magazine, gaining a considerable interest especially for Eastern cinema. Moreover, by virtue of an eclectism which seems to be perfectly mirrored in the spirit of our festival, Assayas has always been a great music enthusiast and because of that he has worked extensively at Rock & Folk magazine.

“When I started making films, the people I was hanging out with, the scene in Paris at the time was very much musicians. So once in a while it pops up and I use it as a background. Because there are moments in life when you just have to say hello to your old friends.”

Assayas and his Eastern love

His passion for Asian cinema is great enough to mark the turning point in his career as a director. In 1996 it was released to cinemas the film which will give him definitely to the general public: Irma Vep, a tribute to Hong Kong cinema, starring Maggie Cheung, who married the director in 1998. Chinese actress and model was also the main carachter in Assayas’ Clean (2004), a film about Punk movement. Clean furtherly witnesses the strong experimental tendencies of the director, yet capable of an intimate vocation which will achieve extraordinary refined solutions, in his latest works.

Irma Vep, from the early 1910s film Les vampires (Louis Feuillade), is an intresting meta-cinematic itinerary about everything that is outstage. A kind of Henri-Georges Clouzot Inferno or Truffaut Day for Night, which links Assayas’ cinema directly to Truffaut and Nouvelle Vague in general, starting from the quintessential figure of new French cinema, Jean-Pierre Léaud. A mixed actor-character, badge not only of French but nearly all sort of new waves and film-making point break, freeze-frame of a vague youth, Léaud- Antoine Doinel plays, in Irma Vep, the role of a tormented director of an unobtainable project. Yet starring Paris s’éveille (1991), french actor walks together with Assayas in a – not without irony – self-reflective digression about both what outstage means in the making of a film and what happens outstage in human relationships.

A black and white dream at 16 frames per second which violently crashes, even if smiling in the meanwhile, with the 24 and 48 frames of colorful modern era.

At Lucca Film Festival and Europa Cinema, Assayas will present the Tuscan premiere of his latest work Personal Shopper, starring Kirsten Stewart, actress yet playing a role in his Clouds of Sils Maria (2014), alongside Juliette Binoche. French film-maker will also hold a conversation with the audience and will be honored with Lifetime Achievement Award.