Assayas and the Hereafter: A tale of the “untold” 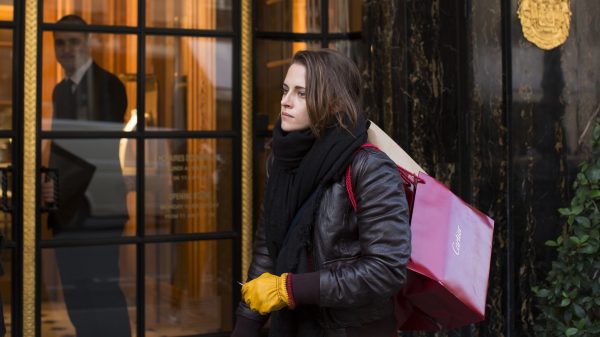 Olivier Assayas is among the guests of honor at the Lucca Film Festival e Europa Cinema 2017. The french director will present, in the section “Premieres out of competition”, Personal Shopper, his latest work. Nominated for the Palm d’oro, the picture won the Prix De la mis en scène at Cannes 2016 and, by the way, the previous year the prize was awarded to a Taiwanese director whom Assayas dedicated a documentary-tribute: Hsiao Hsien. Gifted with a wide look, the french filmmaker, especially in love with Eastern cinema, has been able to create some unique contemporary European masterpieces, combining that with his activity in other fields, like the musical one, where he was and still is, extremely active.

“I think is important to understand, in an intuitive way, what is that we do. When you do something, you need to follow the instinct. Is fundamental to risk something in order to create images, people, emotions; it all needs something brutal. You must be ready to enter into some spaces where you can lose control.”

Personal shopper is the story of a young american that, In Paris, takes care a celebrity’s wardrobe. A seemingly naive and common girl who, after her brother’s dead, will find out that can comunicate with the hereafter. For the protagonist, Maureen, Assayas chose to work once again with Kristen Stewart, as in Clouds of Sils Maria, where she worked side by side with Juliette Binoche. Expectations can be nothing but elevated in front of a movie like that, a piece that’s coherent with the tendency to explore the backstage, the things that weren’t seen nor viewed. A cinema about the invisible and the mysterious; more than ever, a look to the Afterlife as much as  in the human relationships and in filmmaking itself. An accurate inquiry that deals with supernatural in the proper way, following the gestures of a “medium” in the anti-glossy fashion environment shot by Assayas.

Cinema of “the untold”

“Clouds of Sils Maria is about an actress who has to make her way trough different dimensions of reality- in a way, is a portrait of Juliette Binoche, for me, as if for today, is not a movie with Juliette but about Juliette. She gives a lot of herself in this character, who appears so profoundly true inside of her.”

Perhaps, Clouds of Sils Maria is the most important work the untold’s cinema, which is common in Assayas’s oeuvre.
The french author uses here his directing skills in the most “graphical” way: both for the amazing fade-out’s and all of the the wide shots of the French hills. They disappear in a overlapping sequence of close shots, voices and angular looks. The beauty of the untouched environment is translated into a style that is ambiguity, images without virtuosities and nonetheless ( or maybe exactly for this reason), imbued with comunicative power. Like Maloggia’s snake, the chains of cloud that is visible only in a particular moment of the day and offers, to some lucky viewers, a breathtaking experience. So are the feelings, the conflicts, the emotions and the relationships, always awaited but never completed, never fully consumed, the wonder and the suffering can be found inside the “not-yet”. And we as wll, like few and lucky viewers, waiting for the snake, can do nothing but look forward to Personal Shopper, with the same trust.

Personal Shopper will be screened as a premiere out of competition April 9th at 9pm at Cinema Moderno in Lucca. The director will be at LFFEC 2017 on April 9th to receive the Lifetime Achievement Award and for a cinema lesson right before the screening of his last movie.