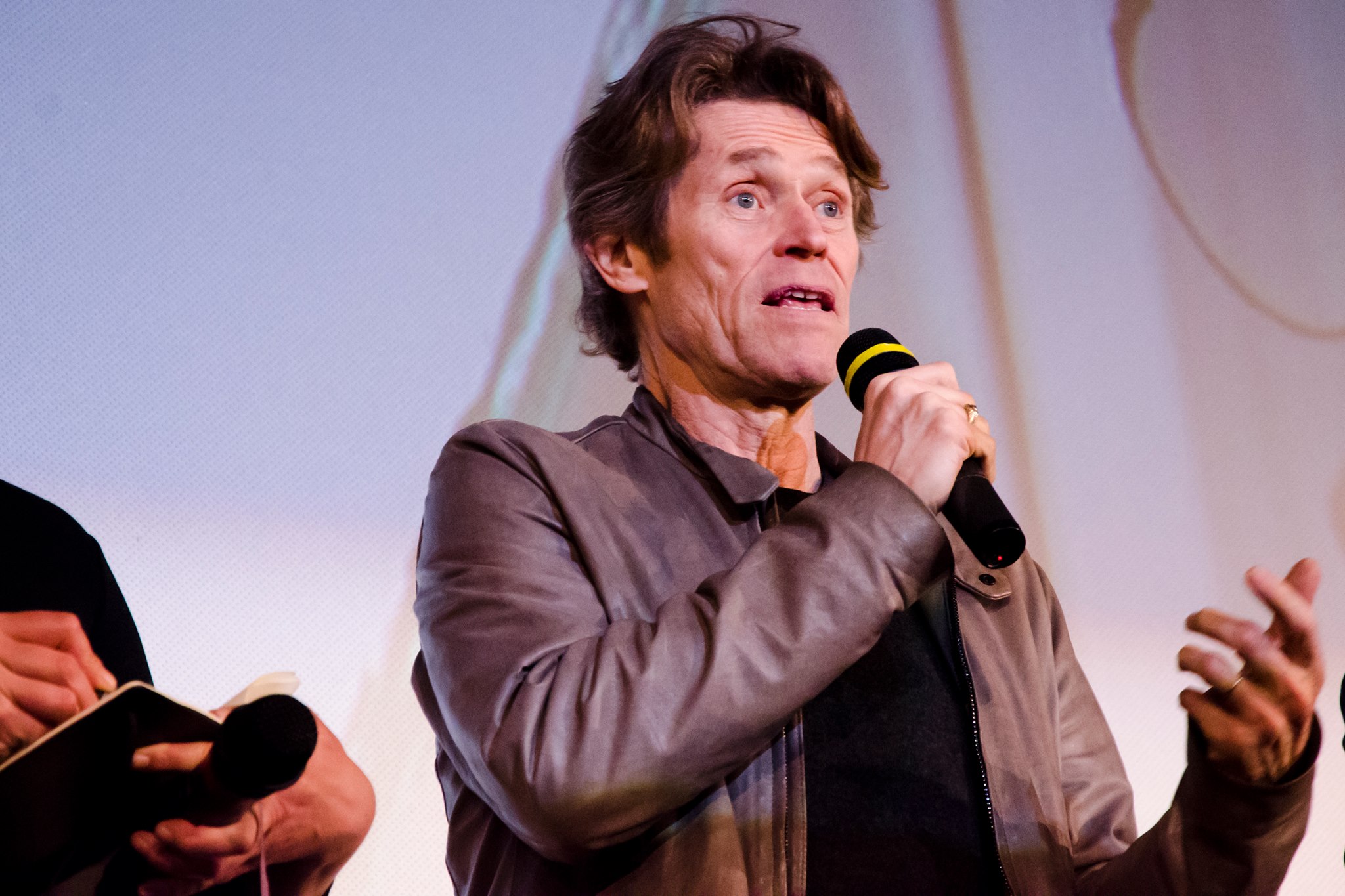 Willem Dafoe met the audience of Lucca Film Festival e Europa Cinema 2017 in a friendly conversation at the Teatro del Giglio, conducted by Gianluca Pulsoni and Emanuele Vietina. The actor answered to all of the audience questions, starting from his early theater years, his cinematic debut (when he was fired) with Michael Cimino, from his way of collaborating with Schrader to the “dubbing” theme.

Between Theatre and Cinema

“Cinema is about “catching” a performance, in theatre is about making it live every night. Obviously, another great difference is the rhythm: in theatre, you are in charge of your rhythms, in a movie, is the editor who is in charge.”

Dafoe started acting really young, in 1972, when he was just 17 years old. After the firsts year in the avant-garde theater company “Theatre x” he was chosen by Michael Cimino for Gates of heaven, about that he says

“On Michael Cimino i can say that he fired me because i laughed at a joke during the light setting. Until that moment, i was really liking it!”

A career in which the Wisconsin native has seen directors, genres and method of films creation change. It is interesting to report a statement about the digital revolution:

“Filming digitally allows the actors to be more relaxed; the research is not that aggressive. You can take your time because you’re not stressed about the film you’re wasting.”

There is a bound between Scorsese and Schrader. They contributed to each other success, the first has written Taxi driver and the second has directed it. Dafoe had the chance to work with both of them, as he told to the audience:

“Paul Schrader is very formal in his approach, i worked several times with him and we never spoke. It was a relief when he came and said “I’m not a guy that talks a lot, but you’re doing a great job”. What a relief!”

With Raging bull director, indeed, Dafoe took part in one of the most scandalous movies of the ‘900.

“The last temptation of Christ was revolutionary. When you play a guy called “Jesus” you don’t want to be a stereotype and in the same time being too far from the collective imaginary”

As he received from the audience a question about his experience as a dubber in cartoons, he said that that kind of work is

He eventually gave a quick comment about the italian traditions of dubbing movies:

“As i heard the word “dubber” i had the creeps. I think about your tradition of dubbing the movies. I know you’re all proud of it, but you should really stop doing that.”