David Lynch picks Lucca, in the name of Twin Peaks 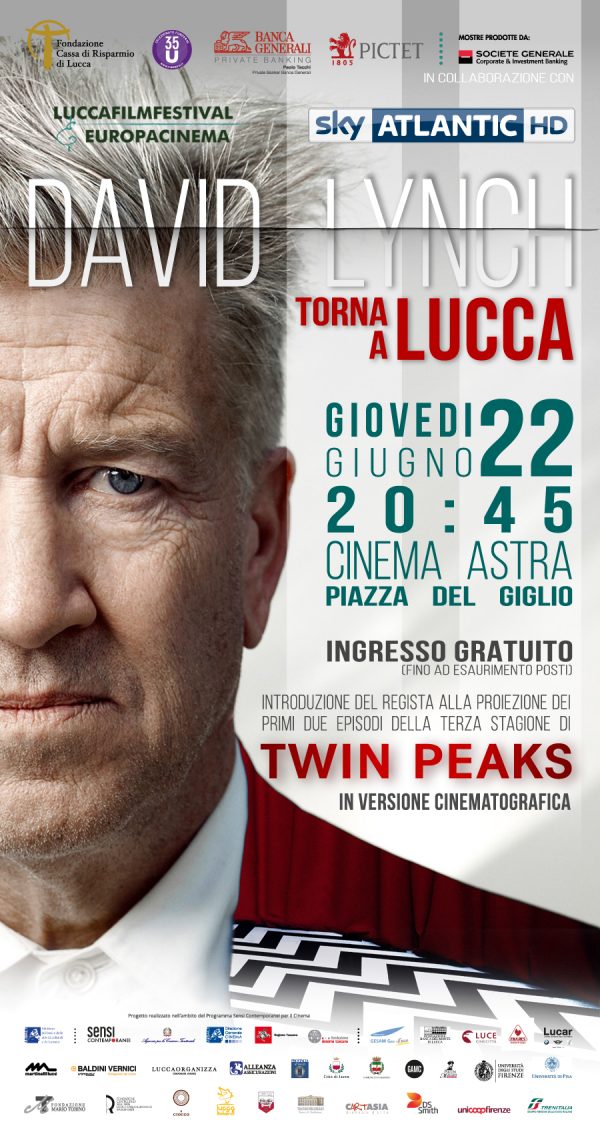 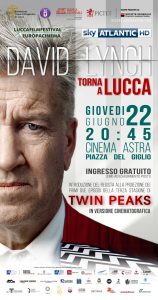 Lucca, after Los Angeles and Cannes, will play host to David  Lynch and Twin Peaks with a special night event scheduled for Thursday June 22 at 8.45 pm at Cinema Astra and organized by Lucca Film Festival – Europa Cinema and Sky Atlantic HD, the TV channel broadcasting, in exclusive in Italy, the third season of the cult TV series. “I love continuing stories” replied David Lynch back in 2014 when, as a guest of honor at the Lucca Film Festival, he was asked whether he would ever make the new season of Twin Peaks. The U.S. filmmaker returns to make his audience keep on dreaming and to follow the progress of the transcendental meditation project “Meditate Lucca”, launched three years ago by the Fondazione David Lynch at the Higher Education Institute ISI Pertini of Lucca and now the object of a scientific research study by the school IMT Alti Studi Lucca. And it is specifically thanks to the common passions and friendships established in the city that Mr. Lynch decided to give the promoters of the Festival -one of the flagship events organized and supported by the Fondazione Cassa di Risparmio di Lucca – the screening of the first two episodes of the third season of Twin Peaks in the cinematic presentation, which will be introduced by Lynch to the audience in the hall and shown in the original language with subtitles as in the last Cannes Film Festival, where the director was greeted with a standing ovation by the audience and the critics alike.