Effetto Cinema Notte: the city of Lucca will be turned into a huge movie set 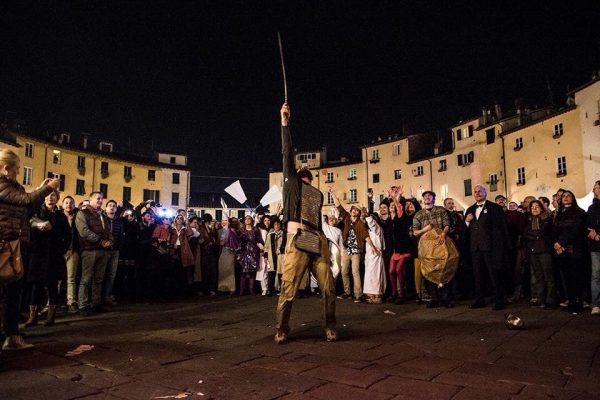 A festival within the festival 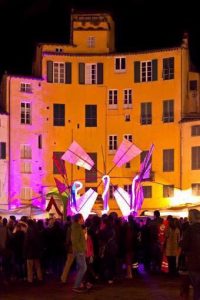 Organized thanks to the support of the Foundation Banca del Monte of Lucca, “Effetto Cinema Notte” is the main and most anticipated event held on Saturday, April 14th, as well as one of the main categories of the Lucca Film Festival e Europa Cinema. It is going to be a real “festival within the festival” which will turn the whole city into a huge movie set, holding a great number of events during next week.
A total of 39 venues are involved and each event will be based on globally-known movies. Based on the works featuring guest stars Rupert Everett, Martin Freeman and Stephen Frears, the main event will take place in Piazza San Michele from 7 p.m. and will involve performances, dance, animations, music and light shows. The “Costume Contest” is a new element this year and will exclusively feature the venues’ staff. 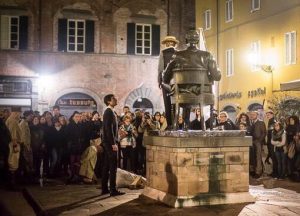 Lucca will be divided into five areas according to movie-related themes: “Adventure movies” (southern area), “Ghost movies” (Piazza San Giusto and Piazza Antelminelli”), “In the ’70s” (central area), “Crazy” (northern area) and “eGames” (eastern area). The venues involved will be turned into the movies they have chosen: from timeless classics such as “Casablanca” to “A Clockwork Orange”; from “Rocky” to new hit movies like “Assassin’s Creed” and “Pixels”. All the members of the venues’ staff will take part in the brand-new Costume Contest. The one staff who best portrays the outfits of the movie they have chosen will be awarded a €1,000-worth prize by a jury of experts. For the second year in a row, the movie street band “La la Band” will be joining us, just before the fifth successful edition of the “Effetto Cinema Official After Party”.

Detailed programme of the event 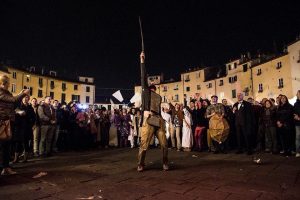 Main event: “The Connection’s Square” – In Love, History & Movies” (a tribute to the works of stars Rupert Everett, Martin Freeman and Stephen Frears) 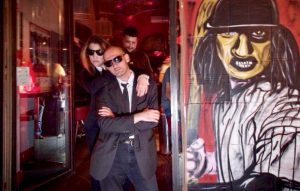 Held into an ancient roman forum, the ultimate meeting place, the theme of the event is “socialization” and it will feature moving performance designs at three corners of the square, as a tribute to the three guest stars. The southern corner (under the Loggia of Palazzo Pretorio and at Bar San Michele) will hold the show “Victoria & Abdul”, inspired by the homonymous movie featuring actor Stephen Frears which was presented at the last Venice International Film Festival. Performed by the members of Acsi and Società di Danza Circolo Lucca, the show combines the atmosphere of Victorian England and Indian exoticism, thanks to the involvement of professional dancer Vera Vernhet Vanashree as well. The eastern corner (at Bar Casali and Tana del Boia) will hold the show “Love Actually”, as a tribute to the work of actor Martin Freeman. This unconventional show will be made even greater thanks to the venues’ themed designs, the light shows, the participation of dancer Sonia Pellacani and the choreographies by Alessandra Lorenzi and Elisa Giovannelli. The northern corner (at Caffetteria Turandot, Lebowski and Caffè del Mercato) will finally hold the show “My Best Friend’s Wedding”, inspired by the homonymous romantic comedy starring actor Rupert Everett. The venues will be set up as wedding receptions and the audience, thanks to the participation of Puzzle Animazione, will be dancing to one of the most famous soundtracks of all time.ulle note di una delle colonne sonore più famose di sempre. 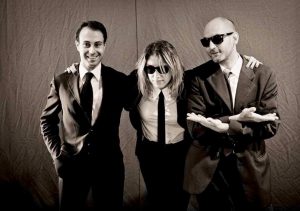 Two special events will be held on Saturday, April 14th. Produced by Lucca Film Festival and Liceo Classico Niccolò Machiavelli (in collaboration with Osteria del Manzo), “Night at the Museum” will be held into the building of the high school and will feature a great number of events: balls, movie screenings and guided tours which were conceived and organized by both professors and students under the supervision of the art directors of the festival. 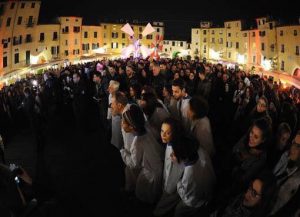