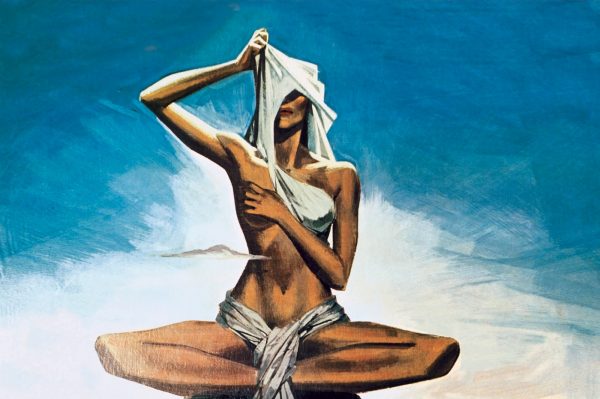 Like every other form of art, Cinema, has always tried to rinnovate and change itself, either by breaking the rules or crossing limits. From Stan Brakhage to David Lynch; from the raging directors of the  “Nouvelle vague” to the dreamlike and hallucinatory universe of Alejandro Jodorowsky. Throughout ten key figures, we are going to discover how cinema has  tried to push boundaries further and further.

Anger released his first feature, Firewors, at the age of 20, a film shot in the back garden of his house, with the homoerotic content that would eventually call him up for obscenity charges. He was acquitted and, from that moment, he never look back, provoking and experimenting for his entire career. His main themes are satanism and esoterism, frequently shot with a surrealistic touch. Is famous for being the  first openly homosexual director in the history of cinema and for a popular books he wrote, Hollywood Babylon, a collection of scandalous stories about Hollywood superstars. He was a guest at the first edition of Lucca Film Festival and Europa Cinema.

Brakhage was the first director to refuse the rules of cinematographic language. He himself declared that, for him, making cinema means:

“Documenting the act of seeing”

His movies do not have people, words or stories, instead, they simply show a large amount of colors, lines, dots, apparently senseless images that stream on the screen. A lysergic, brave and visionary filmmaker, Breakage’s aim was to tell the subjectivity of the human’s eyes and body, like the impact of a particular light or shadow on us. He was not concerned about logic reactions, but about visceral, emotive feelings for the viewer. For example, in The act of seeing with one’s own eyes, he shot some real autopsies in a morgue; without words, in a religious silence.

Co-author of the most audacious and famous short of all time, Luis Bunuel began his career as a pure surrealist filmmaker and then, around the ’70, he moved towards a more ironic, satiric and clever way of making movies. Most of his pictures were censored, starting with L’age d’Or, which was stopped censored by Franco himself. It’s hard to think of a nowadays director who was not influenced by Bunuel surrealistic view of life. Many legends are told about Bunuel, the most famous says that, at the first screening of un chien Andalou, Bunuel, hid behind the screen with stones in his pockets, ready to pelt them at the angry crowd that was sure to arise against him at the end of the movie.

The best friend and best rival of Francois Truffaut, film critic for the Cahiers du cinema, obsessive cinephile and most known artist of the “French new wave”, Jean Luc Godard is unanimously considered one the greatest directors in the history of cinema. He was the symbol, during the ’60, of the cinematic and political revolution of the young generations, fed up with the politicians and the directors. Godard really broke the rules, first as a critic and then as a director, completely changing the way of narration forever, he used the break the fourth wall, like Anna Karina and Belmondo do in Pierrot le for; a completely renown way of making movies, in which, as Godard himself said:

“A movie must have a beginning, a development and an ending, but necessarily in this order”

He directed dozens of movies, a very peculiar film anthology called Histoire(s) du cinéma and nowadays, although he is almost ninety years olds, has no intention to retire from cinema.

Script-writer, director, novel writer, Grillet has been one of the most visionaries authors of all time.
L’annue dernière à Marienbad, directed by the great Alain Resnais, is, still nowadays, a mysterious, provoking and charming puzzle of filmmaking: two people meet and try to remember if they’ve already met somewhere, if they had an affair or not. Time, space, reality and fiction are all confused and the viewer is never certain of what stands in front of his eyes. Sometimes, maybe, a frustrating piece of cinema, this movie is still unique and original, standing out for the amazing script and the gifted direction skills of Resnais.

Altough he was only active for a brief period, 1976 to 1993, although he died at the age of 52, Derek Jarman is one the most influent experimental directors of all time. Openly homosexual, atheist and Anti-Tatcher, the english filmmaker realized more than fifties movies, often in super 8mm and almost always with explicit homoerotic contents. His last movie, Blue, consists of him reading his diaries and his experiences with AIDS, showing only an electric blue screen. One the most original and heartbreaking movie testaments of all time.

Director, writer, comic writer, actor tarot cards reader, “master” of Nicholas Winding Refn, “Jodo”, is simply the most indescribable modern director. Has always been convinced of the existence of supernatural and mystics forces, he always told stories of absurd characters, chasing something “bigger” than humanity, like in La montana sagrada; Creator of hallucinating images and dreams, Jodorowski has always managed to take the viewer or the reader of his books, particularly in Psicomagia, beyond himself. His last movie, Poesia sin fin (2016), was a big hit at the last Cannes festival.

David Lynch is the most famous “Trascendal Meditator” of the world. He spent the last twenty years traveling around the world to teach this technique to all the people that were interested and held a Masterclass on the subject, two years ago, at the Lucca Film Festival e Europa Cinema. A normal, friendly, kind and coffee obsessed man, he said that, thanks to meditation, he can reach the “Deep waters”, where he finds a new dimension, different from ours. There he finds his characters and themes for his movies. Every film he made is an experience that has nothing to do with logic, is all about feelings; don’t ask him the meaning of his movies because he won’t tell you.

Walden (Diaries, Notes, and Sketches) (1969), Reminiscences of a Journey to Lithuania (1972), As I Was Moving Ahead Occasionally I Saw Brief Glimpses of Beauty (2000)

Mekas was the main guest at first edition of Lucca Film festival e Europa cinema in 2008. He is the founder of Film culture, one of the most important movie’s magazines of the United States and the pioneer of the Avant-Grade culture. In his career, he tried to portrait his home, Lithuania, from which he flee in the sixties due to a threat of war. I Was Moving Ahead Occasionally I Saw Brief Glimpses of Beauty is an extremely long documentary, consisting only of footages of his families, commented by a Voice over of the director himself, creating a wonderful monument to everyday life.

To Understand perfectly who Gaspar Noè is, you just have to listen him talking about his experiences on set. For one of his first movies, instead of digitally recreating it, he chose to shot a woman giving birth, in a real hospital, with a real fetus, spending months going around in Paris’s hospitals trying to convincing women to let him in during the delivery. For his second feauture, Irreversible, which runs the opposite way of a normal movie (It starts with the end of the story and ends with the beginning of it), in which a very important scene is shot in a Gay club in Paris, he was afraid that the LGBT community might get angry with him for shooting there, for whatever reason, he decided to masturbate in the scene, in front of the camera, while the movie was shot. Last but not least, in Enter the void, he tells the adventures of the wondering soul of the protagonist, who dies after ten minutes, as it travels throughout memories and experience. His “mantra” for cinema is “ Movies should be made of Sperm, tears and blood”. What else do you need to know?