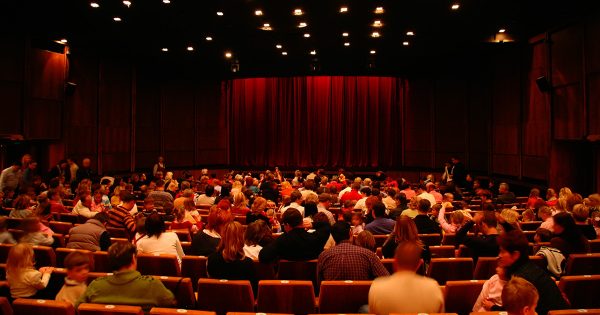 The final deadline for all submissions is February 28th, 2018.

The feature-length films shall last no less than 60 minutes.

The films shall be premieres in Italy. The application will be rejected if the film is available on the Internet, has been broadcasted, or has already been presented in an Italian film festival preceding the 2018 Lucca Film Festival and Europa Cinema.

The feature-length films, except for those which were never screened and distributed (in Italy and/or internationally), shall not date back to years prior to 2017 and 2018.

Unfinished films will not be accepted: all entries must be complete in their entirety.

The film and all the relevant material shall be sent via the official form, or via the following portals:

If the film is not in Italian or subtitled in Italian, it is mandatory to send – in addition to your submission, a copy of the dialogues in English. This is to enable the subtitling of all films.

Only private and/or password-protected online screeners are accepted for the preview copy. Public and other type of screeners will not be considered.

Press kit and advertising materials are not mandatory, but are recommended.

Only DCP or Blu-ray screening copies will be accepted.

Should your film be accepted in the 2018 Lucca Film Festival e Europa Cinema, you grant LFFEC the right to utilise an excerpt from any film submitted and accepted for exhibition at the Festival for promotional purposes.
All accepted films will be screened twice during the festival, with the option of an encore screening for select films/shorts blocks. All scheduling is purely at the discretion of the LFFEC staff.
LFFEC pays only for the return shipment of the DCPs. The Blu-ray files will be returned only upon request.
Lucca Film Festival DOES NOT PAY SCREENING FEES. By submitting your film, you acknowledge that the festival will not pay to present your work.

Payments can be made via Visa/MasterCard through PayPal (PayPal supports a large number of credit cards, including Visa, MasterCard, American Express, etc.) at https://www.paypal.me/luccafilmfestival. It is required to specify in the description of payment: “Short film competition entry”.

No refund will be given after the application has been submitted.

The following entry form shall be filled out for each film you want to submit. The form(s) shall be sent together with the film(s) via e-mail or by post.

The Organisation will announce the decisions of the Selection Committee to the participants by March 10, 2018, via email or via the Festival website (www.luccafilmfestival.it).