Garrone: from fiction to fairy tale 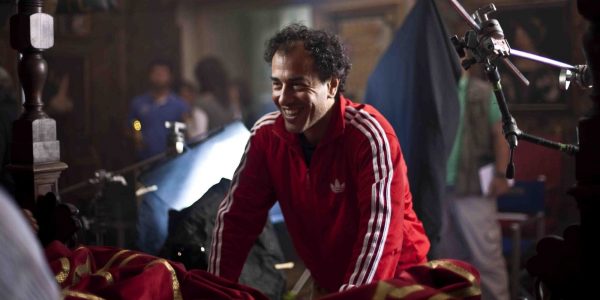 claims Matteo Garrone, one of the most successful Italian directors at the moment, at Giffoni Film Festival, where last July he received the prestigious Truffaut Prix. In fact, Garrone, with his vocation to changes and his approach to movies as a life experience, could not miss in the list of personalities that Lucca Film Festival has hosted. When, at Lucca Festival 2015, the Italian filmmaker presented one of his first films, “L’Imbalsamatore” (2002), he also received the Lifetime Achievement Award in Viareggio section. “L’imbalsamatore” is a little masterpiece, less known than Garrone’s following productions, such as “Gomorra” (2008), which earned him not only critics’, but also audience’s succes.

Garrone is the perfect character to embody an Italian vocation, rooted in the 80’s by Claudio Caligari and Nico D’Alessandria (and in the 60s, by Pasolini), but also able to overcome itself, up to lead the anti-naturalistic borders of Computer Generated Imagery. As his early works stepped from documentary, even the following movies draws to the genre, using realism to build fiction. And it comes clearly out, by watching one of the most both beautiful and painful of his earlier works, “Primo amore” (2004), in which the director uses live sound and a non-professional actor as the main character. Garrone reaches, in 2008, a decisive step with the movie “Gomorra“, which consecrated him as a successful director on both national and international levels, earning him the Grand Prix at Cannes Film Festival.

Gomorra constitutes a vital goal for the director’s stylistic marks , both in the sense of form and content. Documentary’s tracks and  concept throughout Caligari’s Cinema-Truth emerges in the cast selection, in the acting mechanisms and in the places’choihe. Documentary is accompanied by the need of a careful formal construction:

“Gomorra is a film that goes beyond the place where it was set, it is a film about universal themes. Naples keeps the opportunity to offer expressions, important faces and characters for a movie”

says the director (Giffoni, 2016). In short, a representative instance, where the maximum realistic effect corresponds to the maximum capacity of fiction. In fact, Garrone gives the title role of Franco to Toni Servillo, an actor which is anything but amateur.

“Garrone told me: ‘I want an actor, because I need a play in such a way that the more negative character in the film will be also the most sympathetic character, and that it can only do an actor’ … he wanted me to cheerfully tell about a disaster”

From fiction to fairy tale

Almost ten years later, the collaboration with Servillo and the Italian director seems to be renewed, strengthening the poetic and stylistic evolution marked by “Tale of Tales” (2015). It was his first production in English with an international cast (among others Salma Hayek and Vincent Cassel). If “Tale of Tales distorts” the Garrone’s realism, it opens, at the same time,  to a new fantastical-hyperrealism (CGI), and on this path Garrone seems to walk for the current project, too.

In fact, this will be a live-action adaptation of Carlo Collodi’s “Pinocchio“, standing thus along the same line that earned him seven David di Donatello in 2015. The filming of “Pinocchio” will begin this spring. As for the cast, at the moment, the only certain choice is that of Toni Servillo in the role of Geppetto.