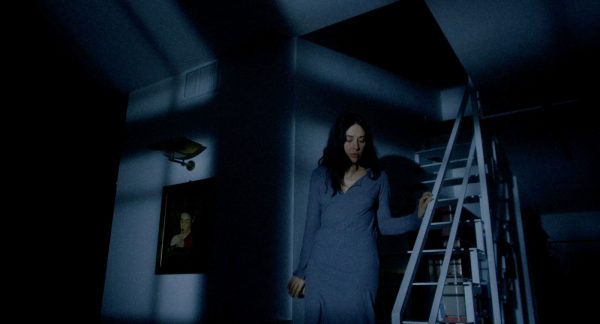 “Aprimi il cuore (2001) begins as almost voyeuristic look at the forbidden passion, and then transforms into a real Italian noir.”

These are words of Deborah Young who reviewed, in Variety, the first feature film by Giada Colagrande. Shot digitally and accosted by Morando Morandini to the New French Extremity of Catherine Breillat, the first film of director and documentarist from Abruzzo arouses considerable curiosity in the critical for the ability to treat the sick theme of love between two sisters, in an unexpected narrative minimalism. Lacking the niceties of a certain Italian cinema and brave in the search of the invisible, Colagrande’s work of 2001 has participated in numerous international film festivals (Tribeca, Paris Cinema), launching the careers of the young Italian director, already the author of three original short films Carnaval (1997), Fetus – Four dead door (1999) and #3.

Born in 1975, grown up in Switzerland, Italy and Australia, just twenty years old Colagrande is already active in Roman cultural circuit, where she made interesting works of video-art, as well as documentaries on contemporary art. Context, this, decisive for its formation. From 1997 to 2000 she adheres to VOLUME, the project that allows her to make documentaries on contemporary artists such as Jannis Kounellis, Alfredo Pirri, Bernhard Rüdiger, Nunzio, Raimund Kummer, Gianni Dessí, Maurizio Savini and Sol Lewitt. In 2012 she collaborates with Prada brand, achieving The Woman Dress, third of the short film series The Miu Miu Woman Tales.

“If I had not became a director, well…  as a child I dreamed of becoming a dancer, dance is my other passion, together with the architecture. And then the music … I dreamed of being a musician, too. “

Working in the field of video art and growing a passion for the cinema (from Wilder’s noir movie such as Sunset Boulevard, to the works of the Portuguese master Manoel de Oliveira), Colagrande came, in 2005, to her second feature film, Before It Had A Name. As a result of many years of collaboration with the performer Marina Abramovic, the film is the first of three dedicated to the Serbian-American artist, icon of body art.

“I was lucky to find several people in my life have given me great inspiration and taught me a lot. One of them is Marina Abramovic. As an artist and as a woman, she has always been a great source of inspiration.”

Made together with actor Willem Dafoe, the film is a distinctive feature in their professional association, which will continue with A Woman (2010) and with a second work about Abramovic. It is the biographical documentary, directed by the theatrical genius Robert Wilson: Bob Wilson’s Life & Death of Marina Abramovic. A series of dream-visions generated by the meeting of the biographical directorial sign of Giada with Wilson moving pictures.

“Marina is a person dear to me, and so are of course Willem and Bob. My curiosity with respect to their collaboration was insatiable. When Marina was cried when I restrained myself not to do that, when Willem faced physically challenging scenes for me it was like tachycardia.”

In 2012, the partnership continued with The Abramovic Method. In 2016 it was the turn of Padre, mature reflection on the death of a father and composer, played by Franco Battiato, musician of excellence, in the experimentalist field, that is worth him over a forty years career.

“It helped me to understand that death is a transition”

she says of the director.

Giada Colagrande will be at the Lucca Film Festival and Europa Cinema, which will pay a tribute to her films. She will also have a talk with the audience about cinema, music and experimentalism.