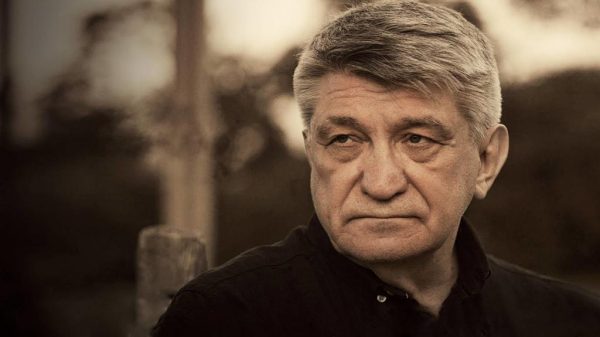 The director will be a special guest at the festival, taking place from October 1st to 10th:

Director Aleksandr Sokurov will be the star at Lucca Film Festival e Europa Cinema 2021, taking place from October 1st to 10th in Lucca, one of the leading events on the Italian cultural scene, organised thanks to the contribution of Fondazione Cassa di Risparmio di Lucca.

Born in 1951, the Russian director will be honoured with a selection of his feature films in a structurate and cross-sectoral program of films and documentaries, where different types of film language are captured. Furthermore, he  will meet with the public and receive the Lifetime Achievement Award, moreover a series of initiatives that will retrace his cinematographic work, as the festival has done in the past with great masters of cinema such as Oliver Stone, David Lynch, George Romero, Terry Gilliam, Peter Greenaway, and Abel Ferrara, just to mention a few.

“Thanks to Sokurov, auteur cinema, that has always had a special place at our festival, becomes an instrument of historical, philosophical, and political observation: a director who explores the wounds of the human soul, bringing into focus all its ambiguity, conflicts and darkest, and yet most authentic, aspects with a blunt and anti-rhetorical poetry”, as the festival’s organisers explained. “And there’s much more to this. Sokurov knows how to run with his camera surrounded by art and people. He knows how to observe the vivid contents of the world from the very limit of form (suspended between fiction and documentary). With him, cinema sits on the limits, becoming a dangerous and consequently privileged point of view”.

We will look back at his career through his most representative films: ranging from “Mother and Son” (1997), that earned him international praise, to “Evening Sacrifice  “Francofonia” (2015), which explores the relationship between art and power in the outstanding Parisian Louvre Museum during the Second World War (and that he will introduce to the public at the festival), passing through “Russian Ark” (2002), entirely shot in long take.

The homage to Sokurov will add to the international selection of 29 feature and short films, that will take part in the international competitions of the festival, now become one of the leading events on the Italian cultural scene and organized thanks to the contribution of Fondazione Cassa di Risparmio di Lucca. Both competitions will be available online: the feature films on MyMovies.it, while the short films worldwide on Festival Scope.