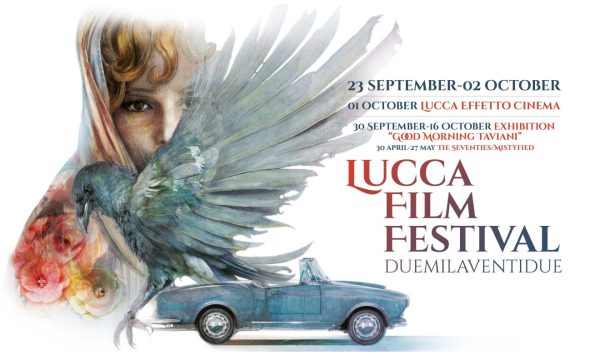 An international selection of films, both feature-length films and short films, all in their national premieres – including ‘Tropic of Violence’, which marks Manuel Schapira’s directorial debut – will participate in the international competitions that are at the heart of the Lucca Film Festival program. The festival will take place from September 23rd to October 2nd, 2022, in Lucca, and it is one of the leading events on the Italian cultural scene. The event is realized with the support of Fondazione Cassa di Risparmio di Lucca. The competing short films will also be online on Festival Scope and will be available worldwide.

This year as well, the festival program aims straight to the heart of international cinema, with a selection of films showcasing, as usual, an extraordinary variety of genres, languages, and content, with works coming from the most interesting international festivals.

The competitions, as usual, are divided between feature-length films and short films. Both sections will have 4 juries: a jury of international audiovisual professionals (awarding a 3,000 euros prize to the best film for both sections), a popular jury, a university jury, and a press jury. Among the new features introduced last year, the press jury, made up of experts from the world of press and communication, which will choose the winner of the “Marcello Petrozziello” award, dedicated to the well-known and late Lucca journalist, great communicator and Press Office and External Relations coordinator for Fondazione Cassa di Risparmio di Lucca.

Twelve films were selected, all Italian premieres, for the International Feature Film Competition. Among the films presented in competition, there is ‘Tropic of Violence‘, which marks Manuel Schapira’s directorial debut. Based on the novel of the same name by Nathacha Appanah, previously adapted into a graphic novel by Gaël Henry, it is the first film to be shot in the Mayotte archipelago, in the Indian Ocean, between Madagascar and the coast of Mozambique, a French overseas department and region. It is the story of 13-year-old Moses who, after his mother’s death, ends up living in the slums where many children live alone, abandoned and rejected by society. In order to survive, Moses begins to adopt the law of the street and to follow Bruce, the tyrannical leader of the gang of street kids.

Among the new features introduced last year for the Short Film Competition, a historic contest that has always been the soul of the festival, there is the opportunity to watch the works from all around the world on the Festival Scope platform. All shorts will be screened in physical and virtual theaters and will be available free of charge to audiences from around the world. Among the short films that will be presented in competition, there is the Italian premiere of ‘When the rain sets in’ by British director James Hughes – who will attend the festival – starring Toby Sebastian and Florence Howard and with music by Jean-Pascal Beintus. It is the story of a couple that, after a six-month romance, is faced with a possible separation. Among the out-of-competition works, on the other hand, there is the Italian ‘Sissy’ by Eitan Pitigliani, starring Vincenzo Vivenzio, Dea Lanzaro, Fortunato Cerlino and Mirella D’Angelo. It is the story of the profound love of a son for his mother: a love that overcomes everything and that can stand everything, even death, going beyond space and time, becoming a fairy tale.

As always, the festival offers a wide range of sections and related cultural initiatives. The “Educational” Section, with screenings and meetings aimed at schools of all levels, includes a series of events, such as masterclasses, meetings with directors and actors, screenings of films and documentaries with a tailored-made program exclusively dedicated to them.

The flagship among the educational activities is the “Film School Network Award”, introduced last year thanks to the collaboration with the homonymous network of 26 international film schools created by Accademia Cinema Toscana, which aims at the exchange of experiences and practices in the field of film education between film schools and Tuscan high school students.

The “Film For Our Future” Section is the result of a renewed collaboration with European festivals and the EURASF network that will allow the Festival to enhance the quality and quantity of content that will be judged by the audience and by a special jury composed of directors of all the Film For Our Future festivals. This section was born from the collaboration with the homonymous network of film festivals dedicated to raising awareness on the 17 goals of the UN 2030 Agenda.

For the “Mostre” Section, the Lucca Film Festival presents at Palazzo Pfanner, in Lucca, an exhibition by Livorno painter Marcello Scarselli, titled ‘Good Morning Taviani,’ dedicated to the cinema of the Taviani Brothers.  For this occasion, Paolo Taviani will attend the festival, which he had previously attended in 2007 and in 2019, when he was awarded by Alfonso Cuarón the UNESCO Fellini Medal.

The “Cinema Arte&Musica” Section, dedicated to the relationship between cinema, visual arts and music, presents a program devoted to high-profile documentary productions, both historical and recent. Screenings include a selection of documentaries made by Luciano Emmer, a selection dedicated to the critofilms of Carlo Ludovico Ragghianti, and a selection of Opera by Raffaele Simongini. The program will include high-quality productions related to music in its various forms. There will be productions dedicated to ethno music, with a special focus on the Italian production from the 1970s to the present day.

The “Effetto Cinema Notte” Section encompasses all performance events. Each year it features a special night where dozens of theater and dance companies present a performance in tribute to a film in a specific public venue in the old town. After a two-year pandemic, the first night of this section will take place on October 1st.

The “Over The Real” Section, created together with the homonymous festival, presents the most significant lines of research that have emerged in recent years in the international audiovisual arts and intermedial performance scene. This edition will feature as guest Alessandro Ludovico, founder of Neural. This section will carry out a special project aimed at the new audiovisual languages of the web, with Yotobi and some representatives of the multimedia production company Slim Dogs attending the Festival for a meeting on the topic.

Then, there will be the “Donne all’Ultimo Grido” award, assigned by the homonymous association together with the Lucca Film Festival, and the “Focus” Section, dedicated to productions in development or already realized characterized by a strong territorial value, with screening of films, trailers, teasers, study and production materials of audiovisual projects related to Tuscany and, in particular, to the province of Lucca.

A new section in the 2022 edition will be dedicated to the “Dante Alighieri Cinema Award”. The process of creation of this new award began in 2021, on the occasion of the 700th anniversary of the death of the Italian poet. It will be awarded for the first time to a guest of this year’s Festival, an artist whose production reflects particular choices aimed at raising social and public awareness on multiple issues and igniting the public’s imagination, while being at the same time deeply dedicated to the components of film development and supporting the ecosystem surrounding its creation and culture.