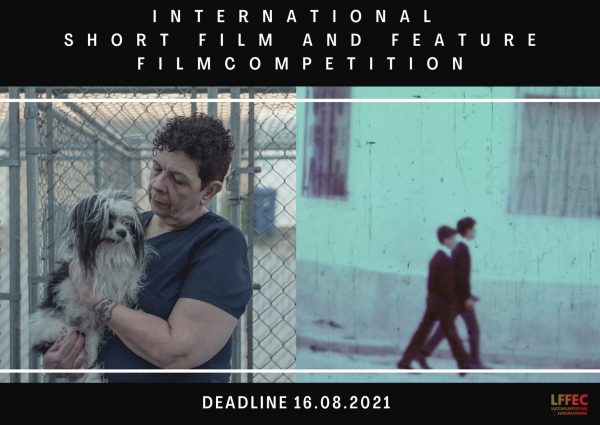 Contemporary cinema will be the center of the 2021 Festival

Enrolments in international competitions for feature films and short films by Lucca Film Festival and Europa Cinema 2021 are now open. The Festival scheduled for the autumn of next year between Lucca and Viareggio is one of the events organized with the support of the Fondazione Cassa di Risparmio di Lucca and every year brings to Tuscany the great names of international cinema to Tuscany such as Oliver Stone and David Lynch.

The enhancement of independent contemporary productions, result of the talent of directors from all over the world, will be the focus of the programming of the 2021 edition which will see a thorough selection of works characterized by a plurality of looks, styles and perspectives that will be programmed both in Lucca and online.

The films selected for the feature film competition will be 12 and will compete for the award of three prizes: the Best feature film (3000 euros), awarded by a jury composed of prominent names in the cinema scene, Best feature film – student jury, awarded by a jury of university students, and the Best feature film – popular jury (audience prize). Films can be summitted up to the 16th of August on the Filmfreeway and Festhome portals; there are no limits of genre or topic, the only requirements for the works presented will be a minimum duration of 60 minutes and shall not date back to years prior to 2020. The films must also be national previews and therefore never have participated in festivals in Italy, have appeared on online platforms open to the public or have been in any way projected or distributed in Italy. To participate it is necessary to send an online screener of the work (accompanied by a dialogue list in English in case neither the speech nor the subtitles are in Italian). The international jury of previous editions had the presence of celebrities from the world of cinema such as Paulo Branco, Claudio Giovannesi, Daniele Gaglianone, Massimo Gaudioso, Cristi Puiu, Rutger Hauer e Philip Groening. The selection committee will be composed of Martino Martinelli, Stefano Giorgi and Cristina Puccinelli. The selected films will be announced (on the site and on the Facebook page of the event) by August 30, 2021 (info: featurecompetition@luccafilmfestival.it). The full call for application is available on the Festival website: www.luccafilmfestival.it/en/feature-length-film-2021-call-for-entries

The historic short film competition, now in its sixteenth edition, offers a prize for the winning work worth 500 euros. Applications can be submitted up to the 16th of August, by sending the work in the form of a link to competition@luccafilmfestival.it or by registering on the Filmfreeway and Festhome platforms. The short films preferably shall not date back to years prior to 2019. More than 300 works every year come to the scrutiny of the selection committee; among the authors famous names can be recognized, such as Adan Jodorowsky, son of the renowned Chilean artist, but also directors of the calibre of Luca Ferri, Adriano Valerio, Giuseppe Boccassini, Giuseppe Spina, Leonardo Carrano. The works selected by the committee, chaired by Rachele Pollastrini, will be announced officially (on the website and on the Facebook page of the event) by August 30 (for information write to competition@luccafilmfestival.it). The complete call is available on the festival website: www.luccafilmfestival.it/en/short-film-2021-call-for-entries/

The presence of the Popular Jury and the Student Jury is also confirmed for the next edition. Registrations are already open; To enrol in student juries, send an e-mail with the subject: “LFFEC21 Student Jury” or “LFFEC21 Popular Jury” to the address: segreteria@luccafilmfestival.it no later than September 10, 2021