Lucca Film Festival e Europa Cinema 2018: for the first time ever, the applications to the international competition are opened to feature films 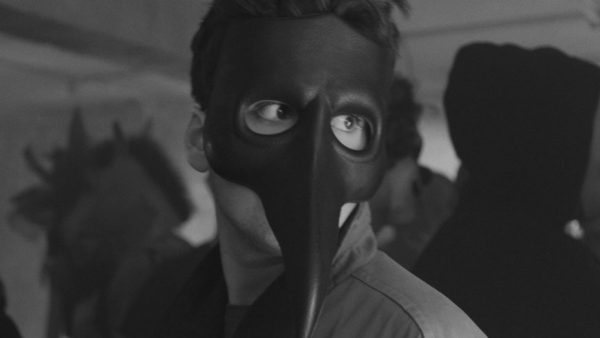 Confirmed the call for the short-film contest dedicated to experimental short-movies, now at its 12th edition.

It will be possible to submit your plays until the 28th February 2018, at stake 2 prize money.

For the first time, opened applications to the international competition for Lucca Film Festival and Europa Cinema 2018’s feature films, the movie festival on the agenda from 8th to 15th of April in Lucca and Viareggio, which has been bringing to Tuscany, over the years, the great names of international cinema: from Oliver Stone to David Lynch, from George Romero to Terry Gilliam. Always committed to enhance contemporary productions, the festival – one of the outstanding events among the festivals organised and supported by Lucca’s Saving and Loans Foundation –  proposes a selection call which allows filmmakers from all over the world to nominate their films to the competitive section. Two are the estimated awards: Best feature film (3,000€), assigned by a jury made of personalities of the cinematographic and academic world, and Best feature film – university jury, given by a university jury. Those interested will be allowed to send their works until the 00:00 a.m. of 28th February 2018; the 14 pictures which will be selected, will also be put in the festival planning.

For the pictures which will try to replace Dao Khanong by Anocha Suwichakornpong (Best feature film in the last edition and nominated for Thailandia Oscars 2018) there are no boundaries of genre and topic: the only requirements for the movies presented are the minimum duration of 60 minutes and to be produced not before 2017. Moreover, the movies must be unedited in Italy and so never shown before in this country, nor put online available for the public, nor be ever screened or distributed in Italy. To participate, it’s necessary to send an online screened of the movie (with a list of dialogues in English in attachment, is case speeches and subtitles aren’t in Italian). Each participant will be allowed to present more than one play, by paying a 40€ application fee per film. The chosen pictures will be announced (by e-mail and on our website) by the 10thMarch 2018, and, later, screened in the cinemas which will host the festival next year (info: competition@luccafilmfestival.it ).

Confirmed for the twelfth year running also the historic section dedicated to the short-film competition, whose winner will be awarded with a 500€ money prize. The works which, over the years, have been analysed by the selection jury are more than 300; among the most famous authors, Adan Jodorowsky, son of the most famous Chilean artist. While experimentation still remains the fil rouge of the competition, there are no limitation for genre and topic: the only boundary is the maximum duration of 29 minutes. Also in this case, there’s time to submit your short-films until the 00:00 a.m. of 28thFebruary 2018, by sending the picture in hard copy (DVD, Blu-ray, usb pen drive) to the attention of Rachele Pollastrini at Via dei Cucchi n°275 San Pietro a Vico, cap. 55100, Lucca (Italy), or as link at competition@luccafilmfestival.it . Each participant will be allowed to present maximum 4 short-films; there’s an application fee of 10€ for one short-film, 15€ for two, 25€ for three and 30€ for four short-films. The selected pictures will be announced (by e-mail and/or on our website) by the 10thMarch 2018, and later they will be screened in the cinemas which will host the festival next year.

Furthermore, even this year the Popular Jury and the University Student Jury have been confirmed for the feature movie competition, the latter has also been confirmed for the first time for the short-movies contest. The applications are already open, to apply you need to send an e-mail at segreteria@luccafilmfestival.it at the latest by 31st March 2018.

The Lucca Film Festival and Europa Cinema directed by Nicola Borrelli, is one of the key events organized and sponsored by the Fondazione Cassa di Risparmio di Lucca.