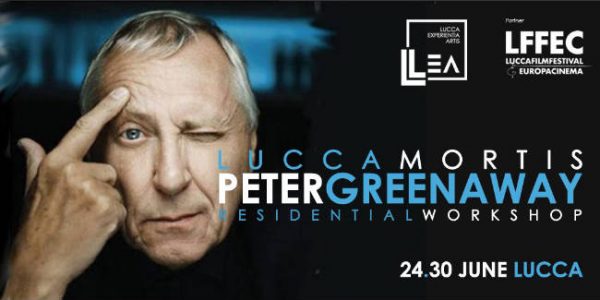 “Lucca Experientia Artis and the Lucca Film Festival together for International Artistic Residences.”

From 24 to 30 June the London director returns to Lucca holding a workshop on his next movie.

The new screenplay by Peter Greenaway is entitled “Lucca Mortis” and is the focus of the training course created by the director together with LEA – Lucca Experientia Artis, in collaboration with Lucca Film Festival – Europa Cinema.
The idea of “Lucca Mortis” was born in 2013 as an evolution of the architectural cinema installation “The Towers / Lucca Hubris”, created by Greenaway with the choreography of the dancer and author Roberto Castello and realized in Piazza San Francesco by the festival and the Fondazione Cassa di Risparmio di Lucca. After six years, thanks to the synergy between the art director of LEA Domenico Raimondi and the director Cristina Puccinelli, Greenaway returns to Lucca with a residential workshop open to 20 creative people in love with the seventh art. From 24 to 30 June, six days in close contact with the London director to closely study the stages of work that will lead to the realization of the movie: ranging from a screenplay that takes shape in the symbolic places of the city, which he himself defines a real “natural set”, to the characters based on people who actually have lived and on the protagonists of Puccinian operas.
Not only movie-lab activities, but also moments of conviviality to discover the inner creative imagination of Greenaway’s genius in a Lucca that is the inspiring muse and film set full of charm and history.
Participants will stay in the historic center at the Antica Residenza del Gallo and the former convent Convictus where all the activities of the workshop will take place. 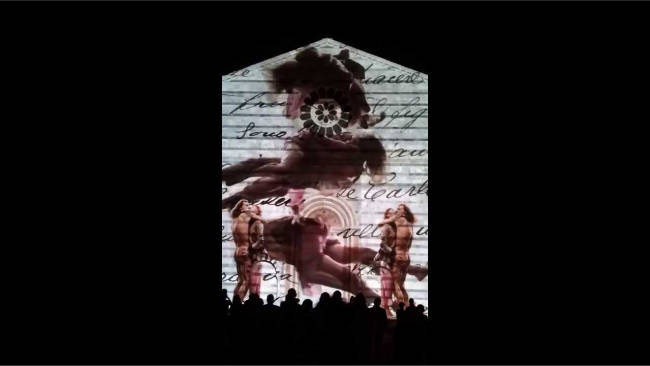 “Lucca mortis” with Peter Greenaway opens a series of 6 residential workshops that will take place during the summer of 2019: cinema, writing, photography, opera singing, acting, paper art. The project Lucca Experientia Artis is a meeting place for art, training and experience. It focuses on the talent of each person and aims to develop expertise, quality and competence through unique and innovative experiences thanks to the active collaboration of the cultural events of the city Lucca Comics & Games, Photolux Festival, Lucca Film Festival e Europa Cinema, Lucca Biennale.
In the general offer of online workshops, masterclasses in video, tutoring to click, digital courses and virtual tours, LEA – Lucca Experientia Artis, directed by Domenico Raimondi, has chosen the reality, the meeting and especially the dialogue sure that the technique and passion can really be transmitted through the common experience: dialogue, getting your hands dirty, taking part in the game.
Inside the Convictus, an ancient cloistered convent and now residence for students in the historic center of Lucca, the participants in the workshop “Lucca mortis” will live a unique and exclusive experience together with the eclectic Peter Greenaway: a look, a tip, a smile, experience art and life. Together. They will live for a whole week side by side with the director, as once happened in the art studios, learning techniques and secrets, enjoying the love for their passion through dialogue and confrontation, looking into each other’s eyes. 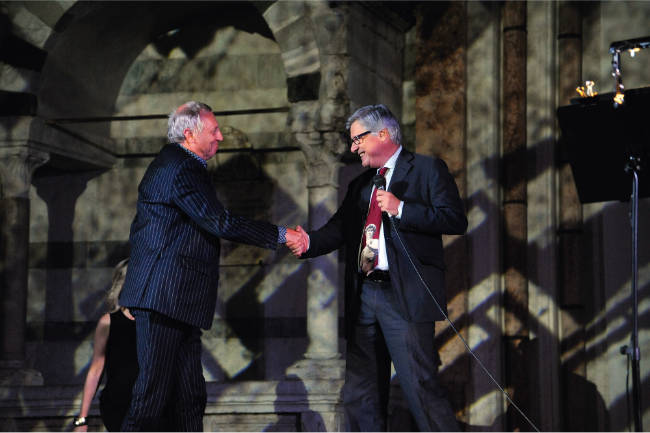 Peter Greenaway, director, painter and screenwriter, is considered one of the most significant contemporary British filmmakers, holding an important place in the debate on auteur cinema.
After attending the Forest School in London, at the age of twelve he decided to become a painter and enrolled at the Walthamstow College of Art. He was interested not only in the figurative arts, but also in European cinema, focusing mainly on the works of Ingmar Bergman and the French Nouvelle Vague, especially those of Alain Resnais and Jean-Luc Godard.
Influenced by the Renaissance and by Baroque and Flemish painting, he creates films characterized by a strong visual impact, which rely all their expressive power on stage composition and every little detail, lighting and the contrasts between costume and nudity, architecture and nature, objects and people, sexual pleasure and painful death. The general static nature of the shots, the use of the zoom, of slow camera movements, especially along directions perpendicular to the camera, the presence of the sequence shot and the tracking shot techniques, used for long time sequences, serve to focus the viewer’s attention on the complexity of the set construction, on the details and on their symbolic meaning.
The 80s gave the director fame thanks to his major film productions “The Draughtsman’s Contract” (1982), “A Zed & two Noughts” (1985), “The Belly of an Architect” (1987), “Drowing by Numbers” (1988), “The Cook, the Thief, his wife & her Lover” (1989).
Other 28 films have been produced over the years, from “Prospero’s Books” (1991) to “8½ Women” (1999), from “Nightwatching” (2007) to “Shchukin, Matisse, Dance and Music” (2016), accompanied by theatrical performances, digital and multimedia installations, VJ performances, exhibitions and the publication of numerous books.

24.06 Monday Arrivals and accommodation of guests in the Antica Residenza del Gallo and in the CONvictUS. An Introductory Film-Illustrated Lecture in a classroom sitiuation setting with much opportunity for dialogue – as to who
I am, what I have done and what I am doing as artist and film-maker.
A back-up walkabout consideration of Lucca with students as a photogenic city ripe for visual exploitation. We walk the boundary perimeter.
25.06 Tuesday An introduction lecture to the project of LUCCA MORTIS –in a classroom setting situation with much opportunity for dialogue – the themes, ambitions and structure of the envisaged film – the business of filmic narrative, Eros & Thanatos – and “Is it possible to have a Happy Death?” With the showing of the film of the event I did four years ago In Lucca with Roberto Castello and his Commedia del’ Arte Company.
A back-up walkabout consideration of the Lucca History – we visit Caesar, Pompey and Crassus in the Amphitheatre Piazza, Puccini and Madame Butterfly with Puccini’s Cigarette Statue, and Ilaria del Carretto in the Cathedral.
26.06 Wednesday The development of the idea into a practical script for serious film-making involving Lucca’s history – the Roman City, Galileo, Guelphs and Ghibellines – the Death Theme, Puccini. A back-up walkabout consideration of the Tree Tower as restaurant location.
27.06 Thursday This is a “fantasy” film – involving real characters but Death and his accomplices in the tradition that might relate to Shakespeare’s The Tempest and A Midsummer’s Night Dream – and it embraces the very contemporary Twin Towers Disaster. What price narrative?
A back-up consideration that brings in euthanasia and also Jan van Eyck’s Arnolfini.
Perhaps a walkabout of some of the one hundred and one Lucca churches.
We perhaps make an evening lecture for the students and the general public where we discuss my project Classic Paintings Revisited – Rembrandt, da Vinci and Veronese.
28.06 Friday The imagery and the concept of “the Tower” – as being the dominant motif and symbol. The practicalities of making this film. Structure, finance. Consideration of the two original books contained in the film – 55 Men on Horseback and – Tower Hubris … and the concept and problem of literature versus image. The 92 catalogues. “In the beginning was the image and not the word”.
29.06 Saturday Questions to the students. What is cinema for? Is it already Dead? Why on earth do you want to make cinema? Should you not do something more valuable with your intelligence and time and effort?
30.06 Sunday Completion of the work.

Info and subscriptions via the website www.luccaexperientia.it and updates on social media

The price includes stay at the Antica Residenza del Gallo in a double or triple room and the CONvictUS in a single room; Breakfast, lunch and dinner at the CONvictUS; Workshop “Lucca mortis” with Peter Greenaway; Certificate of participation in the LEA Workshop; tourist activities in your free time (guided tour of Lucca; Guided tour of the Birthplace Museum Giacomo Puccini; typical Tuscan food and wine dinners and tastings; WiFi service).