Scheduled two exhibitions, meetings and a convention about art, economy and meditation.

From September 28th to October 3rd the complete retrospective of the American director. 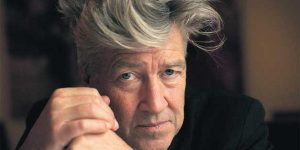 American director David Lynch – also screenwriter, producer, painter, musician and writer – will be the guest of honour for the tenth edition of Lucca Film Festival, the international cinematographic festival that will take place in the Tuscan city from September 28th to October 3rd 2014.

This year, the festival chaired by Nicola Borrelli will be the flagship event organized and financed by Fondazione Cassa di Risparmio di Lucca. It also avails itself of the support of Regione Toscana, Comune di Lucca, Fondazione Banca del Monte di Lucca and the collaboration of Provincia di Lucca.

The tenth edition of the festival will dedicate to the American director the full retrospective of his movies. On the schedule, meetings, two exhibitions and a convention about art, economy and transcendental meditation.

“Lynch – the president says – has developed a new artistic style that made him a universal icon of contemporary times. His movies, music videos, photographs, paintings, commercials (and much more) are characterized by surrealism, oneirism, and suggestions that extrapolate the beauty and suffering of humanity and our lives from the depths of the mind”.

Lucca Film Festival is an annual event that celebrates and spreads cinematographic culture. Thanks to screenings, exhibits, conventions and performances – from mainstream to commercial cinema – the festival manages to involve a wider audience year after year. Throughout its editions, Lucca Film Festival has managed to stand out between other events thanks to daring schedules – but nevertheless thoroughly designed; finally, it succeeded in paying homage to cinema’s affirmed personalities, rediscovering others and betting on new ones. To crown it all, the amazing frame of Lucca, where the festival is today one of the most awaited and not-to-be-missed events.