Tribute to the Maestro of Italian cinema with exhibitions, debates and screenings 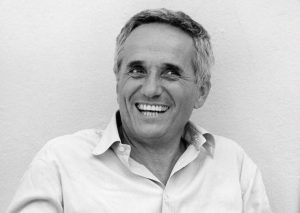 The Maestro of Italian cinema Marco Bellocchio will be among the guests of honor of the Lucca Film Festival and Europa Cinema 2016 taking place from the 3rd to the 10th of April in the Tuscan cities of Lucca and Viareggio. The Festival will pay tribute to the director of cult movies such as Fists in the Pocket with screenings of his best-known films, the presentation of a Lifetime Achievement Award and day dedicated to analyzing the links between cinema and Opera held at the Gran Teatro Giacomo Puccini in Torre del Lago, near Viareggio.

After announcing the participation of George Romero, William Friedkin and Ruggero Deodato, Marco Bellocchio’s attendance at the Lucca Film Festival and Europa Cinema further enriches the 2016 red carpet. Considered to be one of the most unconventional directors in the history of Italian cinema, Bellocchio will take part in all events dedicated to him, starting with a conference at the Cinema Centrale in Lucca on the morning of Saturday, April 9th following the screening of his film Vincere (in English “To Win”). Giacomo Martini, Nicola Borrelli and Anton Giulio Mancino curated the section.

Special events include the study day Bellocchio and Opera taking place on 9 April at the Cinema Centrale in Lucca and at the Gran Teatro Puccini in Torre del Lago, Viareggio with film screenings and roundtables. On Saturday afternoon, the film Rigoletto a Mantova (2010) will be screened at the Cinema Centrale with a debate on the theme “Cinema, Theater and Opera” to follow. Participants at the roundtable include the director himself, Giacomo Martini, Anton Giulio Mancino, the Mayor of Viareggio Giorgio Del Ghingaro and Alberto Veronesi, President of the Puccini Festival Foundation. In the evening, at the Gran Teatro Giacomo Puccini in Torre del Lago, Marco Bellocchio will receive a Lifetime Achievement Award and introduce to the audience his work Addio del passato dedicated to Italian composer Giuseppe Verdi (free admission). On Sunday, April 10, Bellocchio will meet his fans in Viareggio after the screening of Blood of My Blood (free admission). Other films directed by Bellocchio that will be shown during the Lucca Film Festival and Europa Cinema include The Butterfly’s Dream, The Conviction and Devil in the Flesh.

Villa Argentina in Viareggio will host the Italian premiere of the exhibition displaying a new series of paintings and drawings by the Italian Director. The exhibit Marco Bellocchio. The Painting behind the Lens is curated by Alessandro Romanini (2 April-1 May 2016).

The first group of Bellocchio’s works consists of 12 paintings completed at a young age, between the age of 20 and 23, when his eyes started interpreting the world in cinematic terms, but when his hands were still expressing themselves with a brush. These works were conceived while Pop Art was spreading internationally, an art movement that was definitively consecrated at the Venice Biennale in 1964. The human figure is the fulcrum and the philosophical and formal framework of Bellocchio’s paintings; the act of painting becomes a tool to conduct social surveys and, like many of his films, is the instrument of psychological introspection. On display also about 100 of Bellocchio’s works on paper that he sketched while making his films, from Fists in the Pocket in 1966 to the award-winning Blood of my Blood of 2015. Drawings and sketches, but also real and self-standing works. A sort of “pre-visualization” of the film characters, of their behavioral tics, of their psychological profile and a rendering of the costumes, surroundings, sets and the lighting, weather and color conditions. Most of these works are accompanied by the director’s hastily jotted down comments and phrases, shooting instructions or notes for collaborators such as set and costume designers, photography directors.

The Lucca Film Festival and Europa Cinema directed by Nicola Borrelli, is one of the key events organized and sponsored by the Fondazione Cassa di Risparmio di Lucca. The exhibits are organized and produced in collaboration with the Comitato Nuovi Eventi per Lucca with the support of Banca Société Générale. The Festival also enjoys the support of Gesam Gas & Luce SpA, Banca Pictet, Banca Generali Private Banking, Banca Carismi, the Fondazione Banca del Monte di Lucca, Stonecycle, Il Ciocco S.p.A., Il Ciocco International Travel Service S.r.l., Idrotherm 2000, MiBACT (the Italian Ministry of Cultural Heritage, Activities and Tourism), the Region of Tuscany, the City of Lucca, the City of Viareggio, the Province of Lucca with the collaboration of the Fondazione Sistema Toscana, the Fondazione Giacomo Puccini and Puccini Museum – Casa Natale, the Fondazione Centro Arti Visive, CG Entertainment and the Photolux Festival. Thanks also to Lucca Comics & Games, the Fondazione Carlo Ludovico Ragghianti, Trenitalia Regional Management, Unicoop Firenze and to the Degree Course in Performing Arts and Civilization Department of Communication and Forms of Knowledge at the University of Pisa for their collaboration.