Official selection of the 2021 Feature Film and Short Film Competition 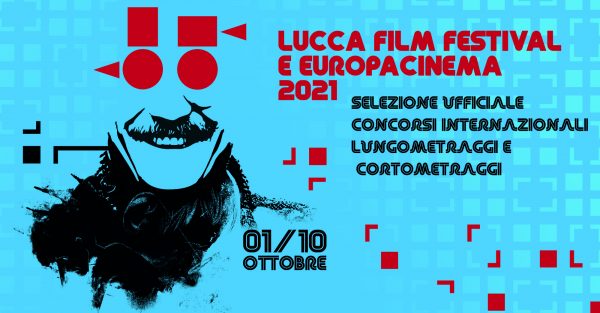 Lucca Film Festival and Europa Cinema 2021:
the festival’s star competitions
29 films, including features and shorts, scheduled at the festival
The festival announces the Marcello Petrozziello prize
with a jury made up of journalists and communication experts

– An international selection of 29 films, including feature-length and short films, all in their national premieres, will take part in the international competitions at the centre of the programme of the Lucca Film Festival and Europa Cinema. The festival is scheduled from 1st to 10th October in Lucca and is one of the leading events on the Italian cultural scene. It has been achieved thanks to the contribution of the Fondazione Cassa di Risparmio. Both competitions will be visible online all over the world.: feature films on MyMovies.it and short films on Festival Scope.

Once again this year, the festival’s programme aims straight at the heart of international cinema with a selection of films ranging from drama to comedy, including hybrid and original forms of storytelling. The programme will showcase an extraordinary multiplicity of genres, languages and content, with works coming directly from the most interesting international festivals, including the most prestigious ones such as Cannes, Berlin, Tribeca and Sundance, with authors from independent and research cinema.

The competitions, as usual, are divided into feature films and short films. For the “Feature Film Competition” the following titles, selected by Stefano Giorgi and Martino Martinelli and visible online on the MyMovies.it platform, will compete: First Date by Manuel Crosby & Darren Knapp (USA, 2021); I was a simple man by Christopher Makoto Yogi (USA, 2021), both of these are from the Sundance Film Festival 2021. And then No Trace by Simon Lavoie (Canada, 2021) presented as the opening film at the Slamdance Film Festival 2021; Backyard Village by Marteinn Thorsson (Iceland, 2021), Copilot by Anne Zohra Berrached (Germany, France 2021) presented at the 71st Berlin Film Festival; Brighton 4th by Levan Koguashvili (Georgia, Russia, Bulgaria, Monaco, USA, 2021), presented at the last Tribeca Film Festival; Chang’E by Lianlian Shen (China, 2021), in its world premiere; Wood and water by Jonas Bak (Germany, France Hong Kong 2021); Magnetic Beats (Les Magnétiques) by Vincent Maël Cardona (France, Germany, 2021), already in the Directors’ Fortnight at Cannes 2021. And then Luzzu by Alex Camilleri (Malta, 2021), in the official selection of Sundance 2021; Moneyboys by C.B. YI (Austria, France, Taiwan, Belgium, 2021) in the Un Certain Regard programme of Cannes 2021; and finally, The Heroics by Maxime Roy (France, 2021) which had a special screening at Cannes.

The films in the feature film competition will compete for the “Best Film” award, which will confer a prize worth three thousand euros to the director by the jury composed of Academy Award members: Marco Cantini Parrini (costume designer); Francesca Calvelli (editor) and Vittorio Sodano (make-up artist)

The shot film competition is a historic competition that has always been the heart and soul of the festival. One of its new features is the possibility of viewing works from all over the world on the Festival Scope platform. The short films selected by the committee, chaired by Rachele Pollastrini, are: Alice’s Four Stories by Myriam Jacob-Allard; Parenthesis by Vasilios Papaioannu; Whale Beards/Barbas de Baleia by Mariana Bàrtolo; I don’t feel at home anywhere anymore by Viv Li; Lydia by Christian Becker; Noon in the Cemetery/ Midi Dans Le Cimitiére by Benjamin Poumey; Cities of Ladies (WE) by Kim Noce; Mes Vacances Normales by Margot Bernard; Otonashi by Martin Gerigk; Io Ho Fissato Il Fuoco Per Sempre/I Stared Fire Forever by Salvatore Insana; Trees Under Water by Julian Simon Pache; Through The Rift by Mickey Peterson; Monachopsis by Liesbet Van Loon; The Lenght of the Day by Laura Conway; J’Existe by Patrícia Sobreiro; Dajila: Cinema and Oblivion by Arturo Dueñas and Smoky Mountain by Albert Oriol. The short films compete for a cash prize of 500 euros awarded by the jury composed of Francesco Lorusso (director), Gabriele Licchelli (director), and Andrea Settembrini (director and screenwriter).

The films in both competitions will also compete for the “Best Film” award from the university jury and the “Best Film” award from the people’s jury. One of this year’s novelties is the press jury, made up of experts from the world of press and communication. This jury will have the task of awarding the “Marcello Petrozziello” prize, dedicated to the well-known Lucchese journalist, great communicator, and coordinator of the Press Office and External Relations of the Fondazione Cassa di Risparmio di Lucca, who recently passed away. He was a figure who represented a meeting point between the passion for cinema, strategies linked to the world of communication, and the commitment to enhance Italian culture and the territory of Lucca also abroad. The award will go to both the feature film and short film competitions.