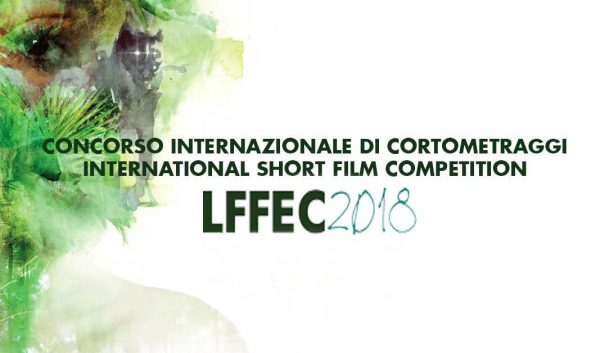 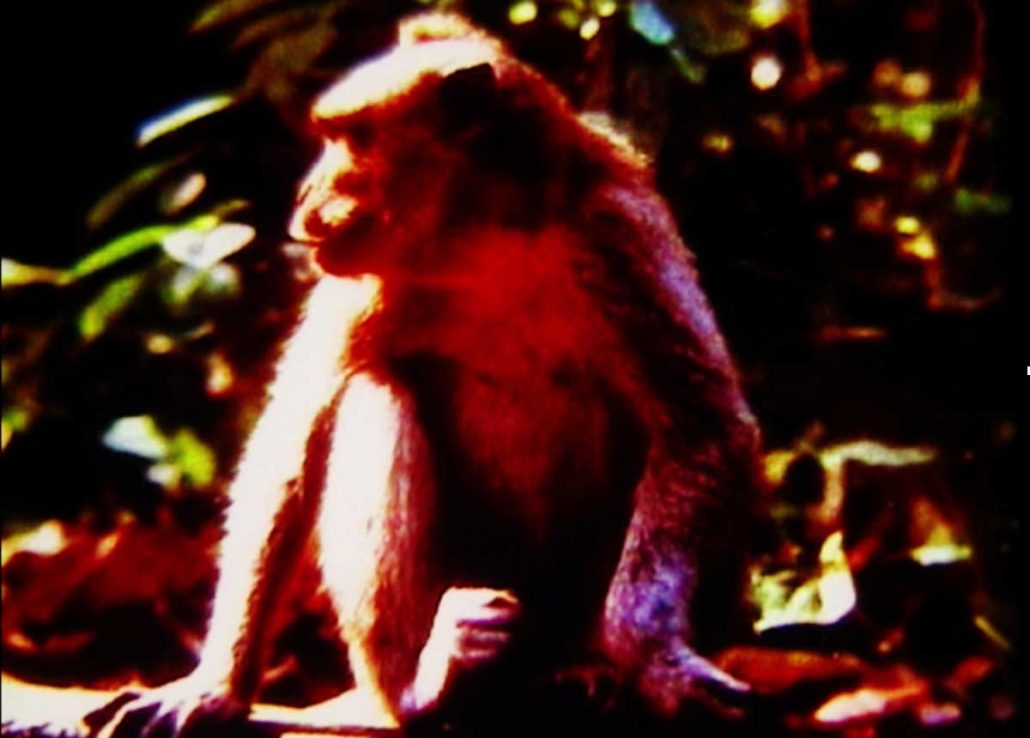 “Debris” is a travelogue of a shipwreck which tries, through decomposed memories, to grab onto new flesh.

We’re Human, After All

During a harsh winter, the hare must face the freezing cold, hunger and the dangers of hunters and other animals. One day he finds out what a good, comfortable and safe life rabbits lead. 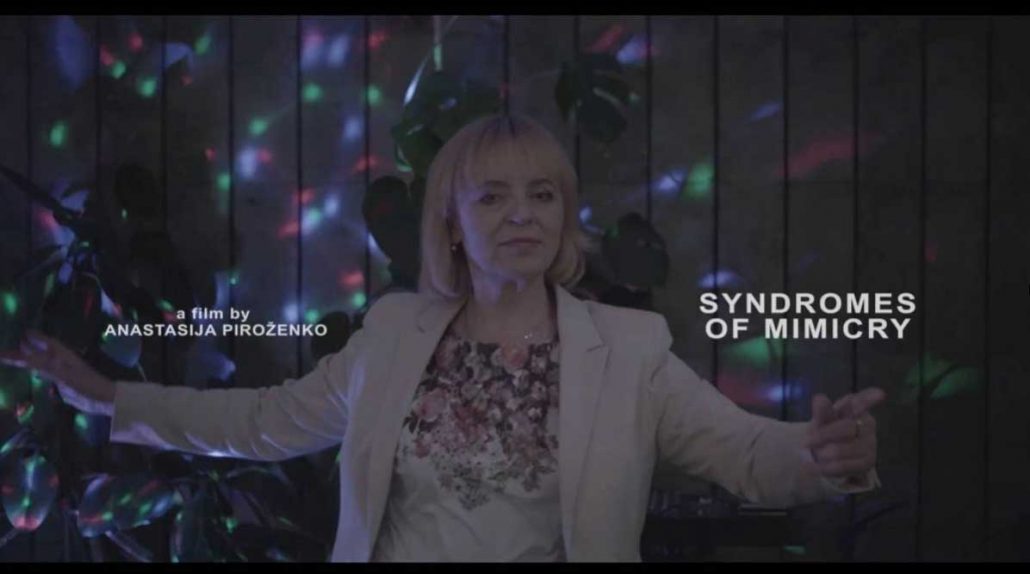 ‘Syndromes of Mimicry’, a short film with a satirical approach on the manifestation of mimicry in day-to-day life in Lithuania. Set on the eve of Lithuania becoming an E.U. member, can a pompous light show bring happiness and prosperity to the people’s lives?

Syndromes of Mimicry puts forth a criticism of the blind Westernization processes and the lack of authenticity in post-Soviet Lithuania. With this film I attempt to illustrate a dissonance between the state’s politics and its citizens, and I invite the viewer to consider the vagueness of Eurocentric society.

Françoise is a company director. She is under the perverse psychological influence of her superior. But is it real or is it an hallucination caused by her anguish?

The Man in the Bushes 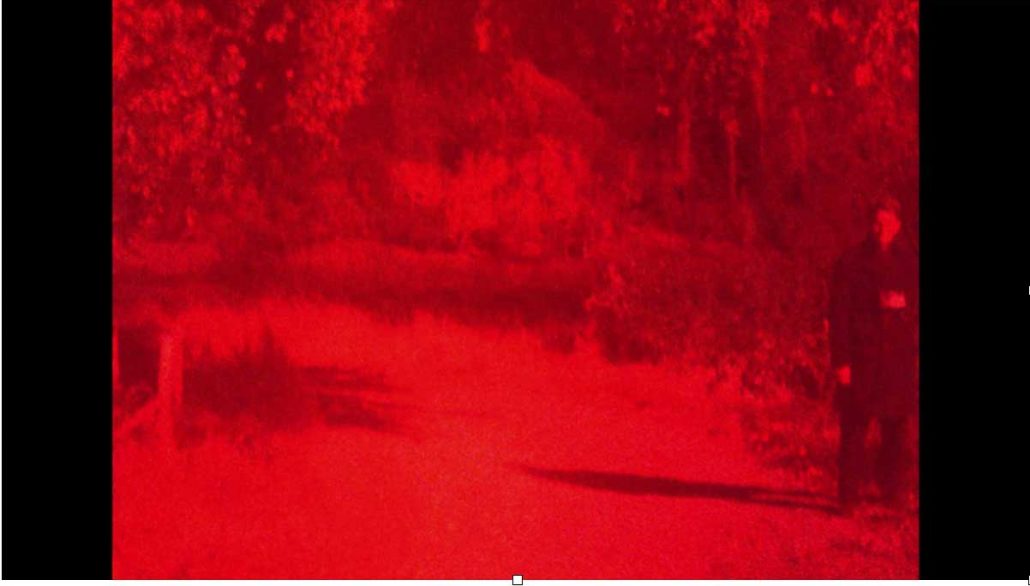 The distance from the Moon to Earth averages 238,855 miles. Both astronomical bodies are made up of the same elements in different proportions; one supports life, the other does not. A filmmaker follows a man as he searches for clues to understand the father he never knew. Armed with a stack of photographs, a street address and the knowledge that the man’s father was an astronaut, the two explore their surrounding environs in order to unravel the mysteries of living on planet earth. 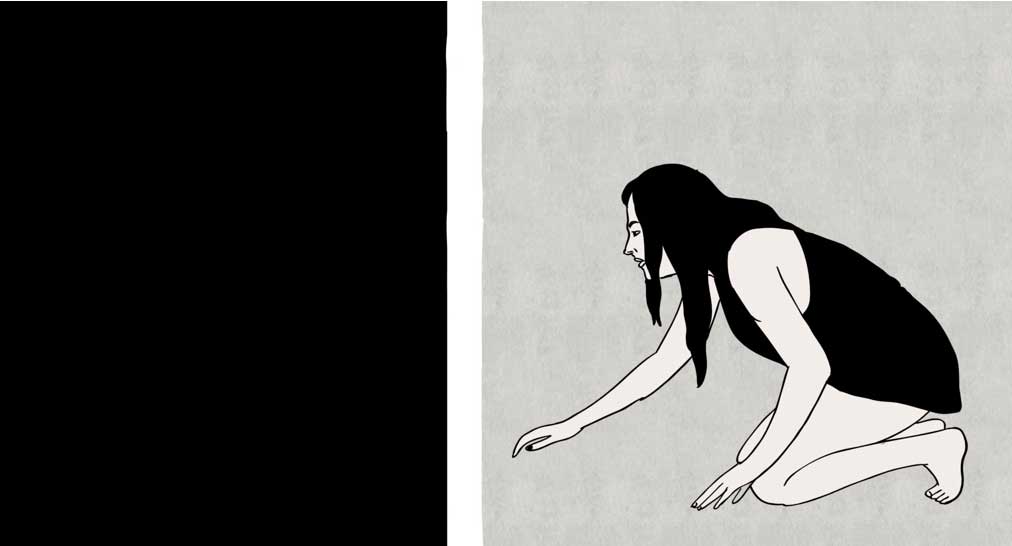 This short movie/animation observes the process of creating a work of art in 4 steps.

The artist gets inspiration from her surroundings, nature, sounds, and smells.

The artist gets pregnant with her artwork.

The artist delivers the artwork.

The artist gets obsessed with her creation and gets lost in her inner world. 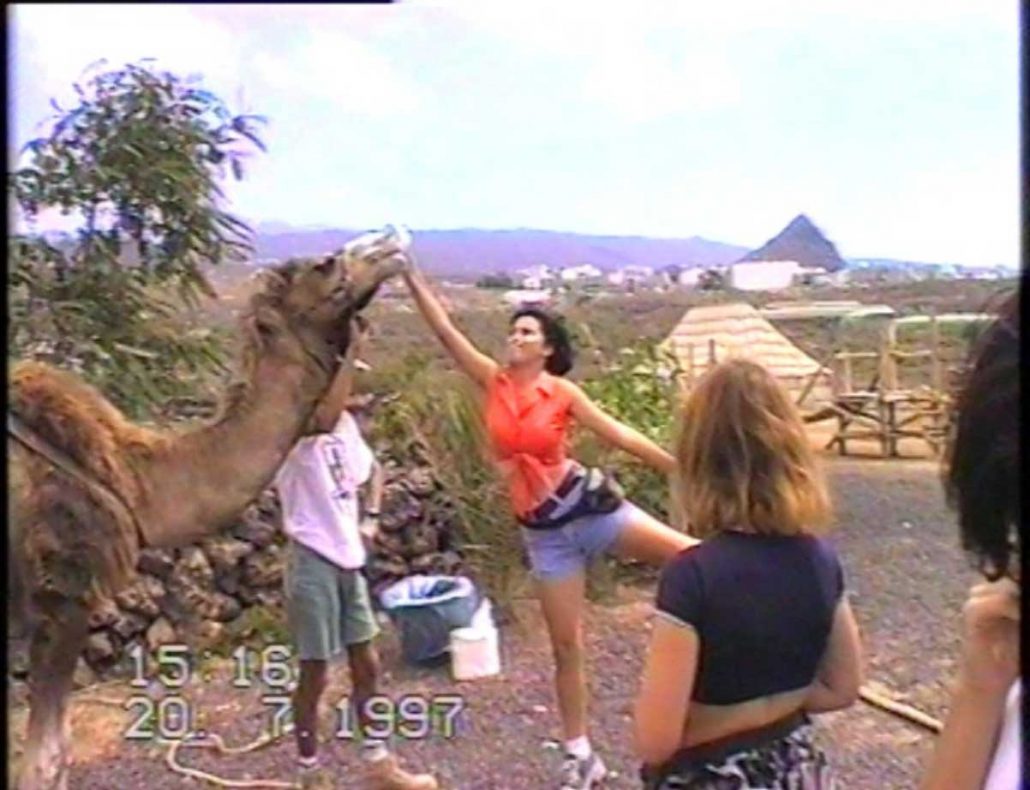 Give a man a fish, and you feed him for a day. Give a man a video camera, and you will have a film in twenty years. 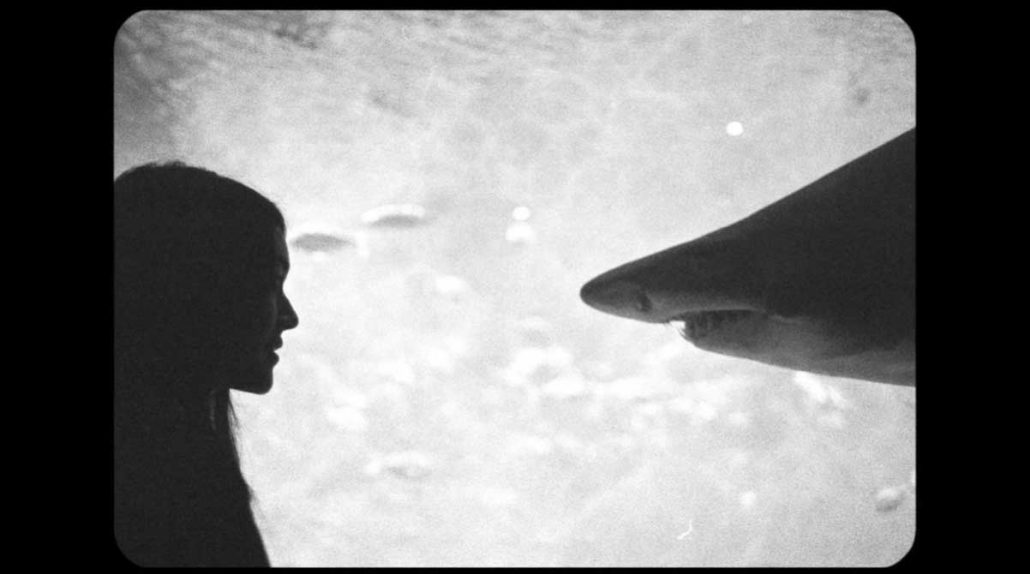 Only she can hear it. It’s a sound frequency that’s inaudible to everyone else, but it’s causing Hiroko an intense headache. She’s suffering. A lot. 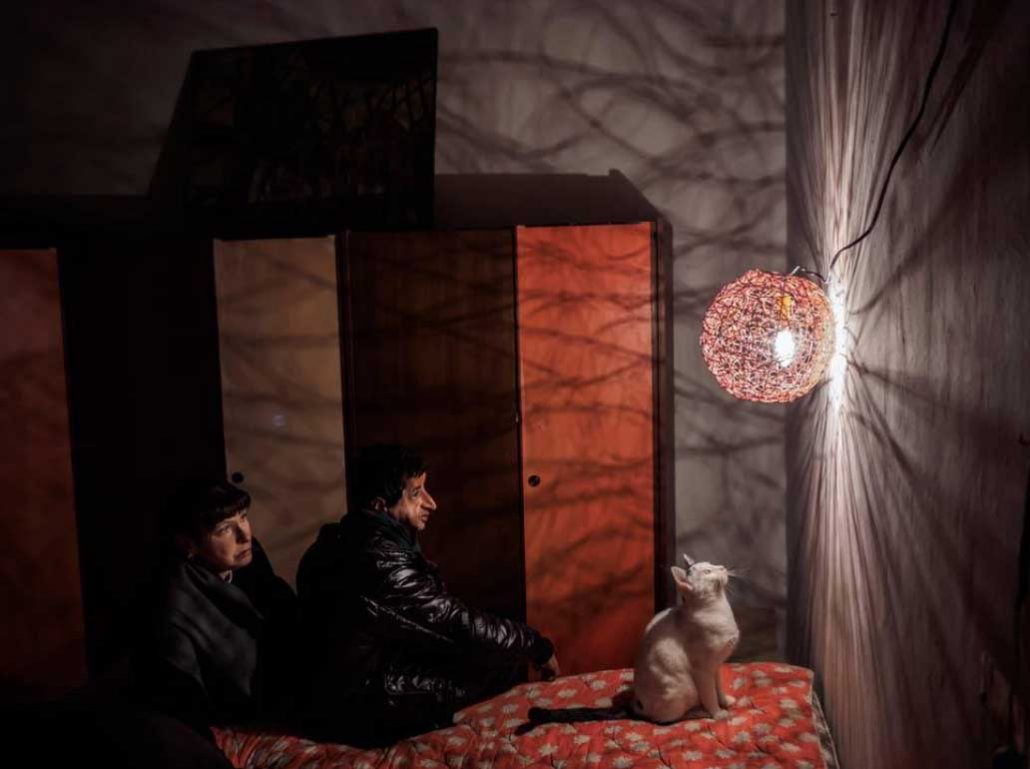 Daniela and Fouad live in Gubbio, and they both come from the sea: she is from Bari, he is from Casablanca. Their bodies have suffered hardships and alcoholism. They met by chance and a deep and healing friendship was born, which led them to live together. Now that Fouad needs a permit to stay, marriage seems to be the easiest solution. Daniela agrees to it, but as the wedding approaches, the ambiguity of Fouad’s feelings begins to worry her. Can you fake- marry someone who really loves you?

Eleven year old Pola, cannot accept her mother’s decision about leaving home for work abroad. When woman leaves, the girl decides to run away. She takes her sick sister with her. 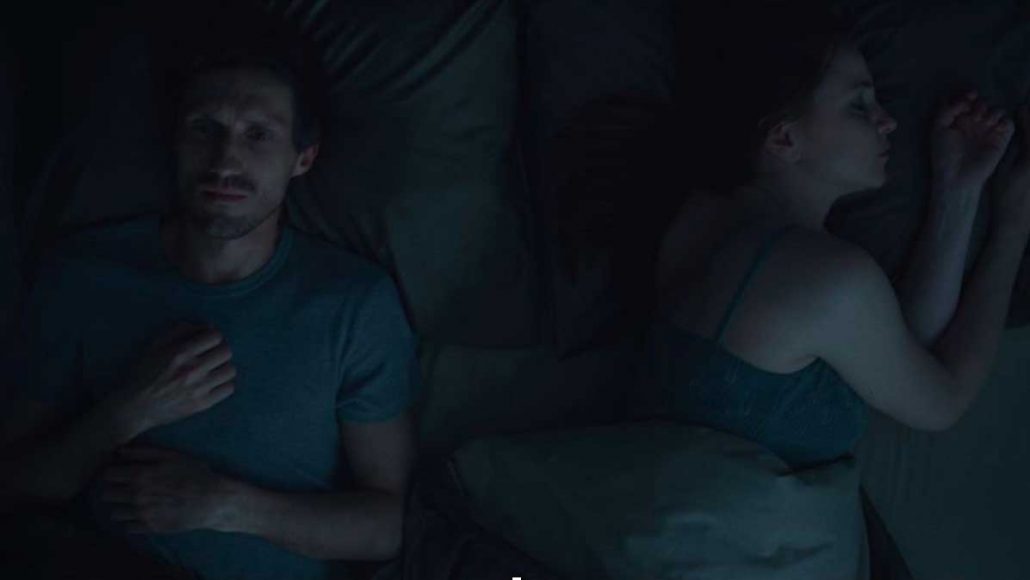 The couple relationship is in crisis. The conflict is flared up following a mother’s serious illness that requires a constant attention of her son. He believes that all difficulties can be overcome, and, torn between two loved ones, he tries to please everyone. The wife sees only one way to save the collapsing marriage – to take the mother to a nursing home. Everyone has to make a difficult choice in order to stay together. 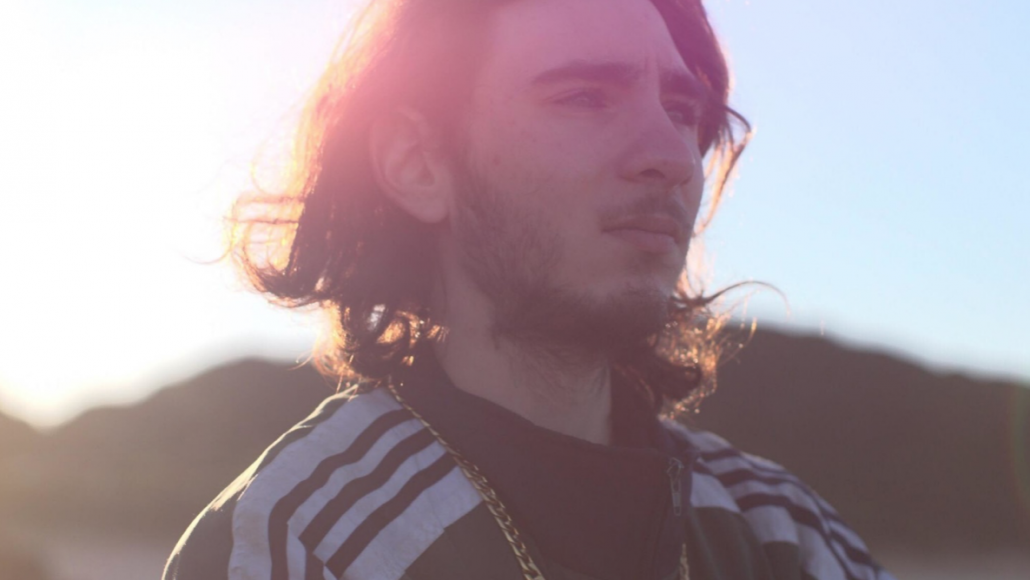 Chris, a scruffy 19 year old living out of his car finds a videotape outside the abusive home he’s run away from. Journeying through video stores, old hangouts and past relationships, he hopes to find a VCR that can play the tape. Past, present and future begin to devastatingly coalesce the more Chris unravels a world that has coldly moved on. 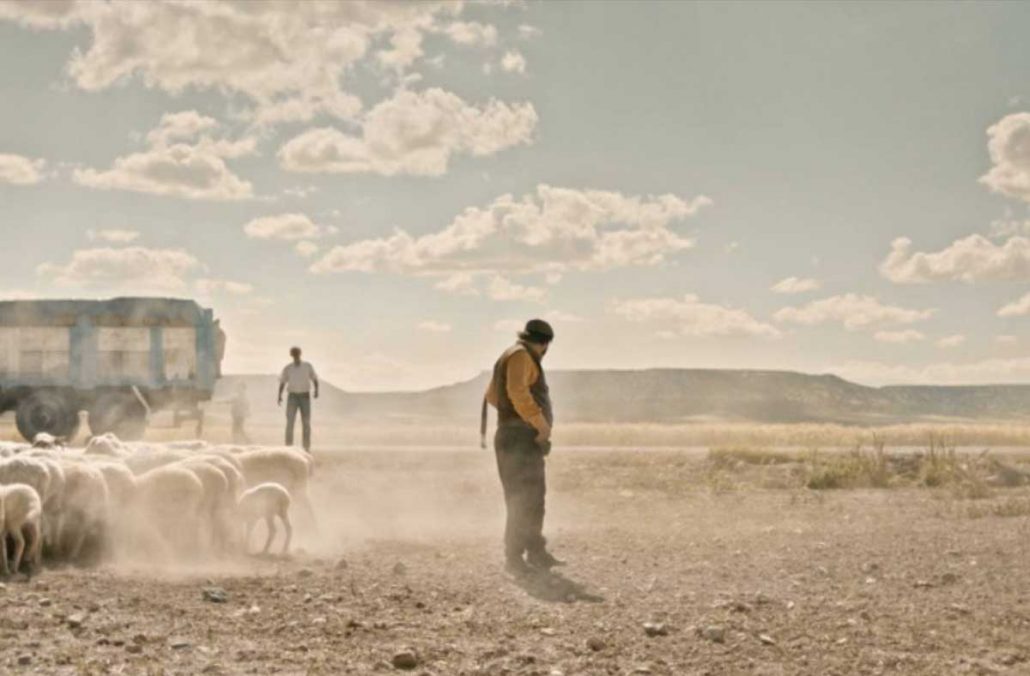 Besim, who set out on a long interprovincial journey with the truck escrowed to him, is stuck in the middle of a deserted road in the heart of Anatolia because of an engine breakdown. His efforts to find a mechanic for the truck, fearing that it will catch on fire, becomes more and more complicated with the arrival of kids, a flock of stray sheep, a peasant with a scooter, other peasants with cars, and even more peasants with a tractor, women and the gendarme one after the other. 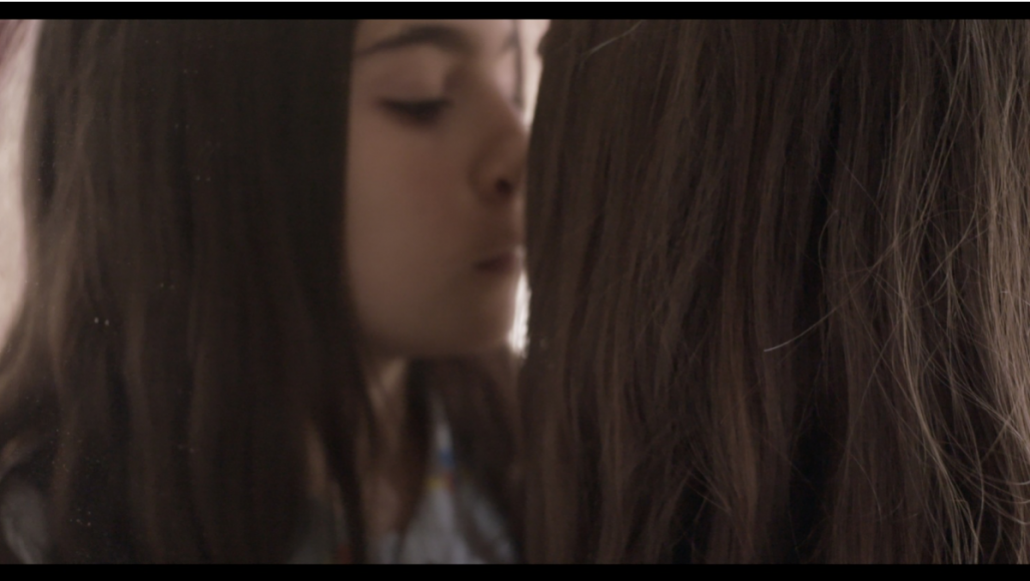 Riots roar and explosions ignite. Inside, Sara’s songs are carried into the wind of a fan. Her very pregnant mother and mysterious aunt struggle with tradition versus modernity. Through her senses, Sara creates a world of songs and stories all her own. 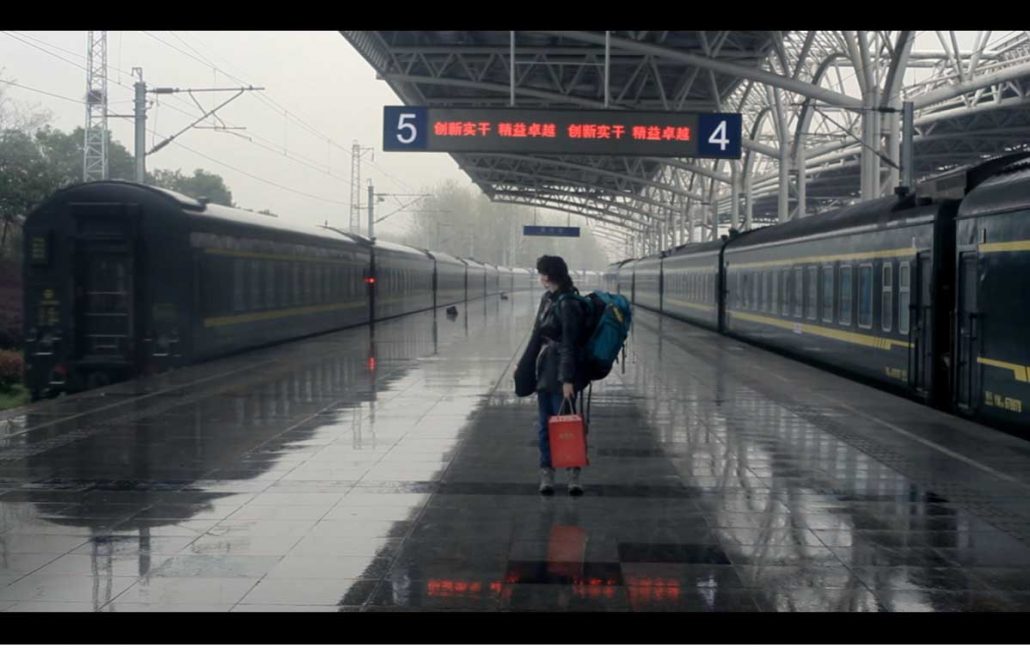 A few years ago my mother listened to a Chinese storyteller. Fascinated, she decided to become a storyteller too. Now she is called “La Chatouilleuse D’Oreilles” (the tickling of ears). My father got sick and she lost her passion for words. Precisely for this reason I started looking for her Chinese storyteller. 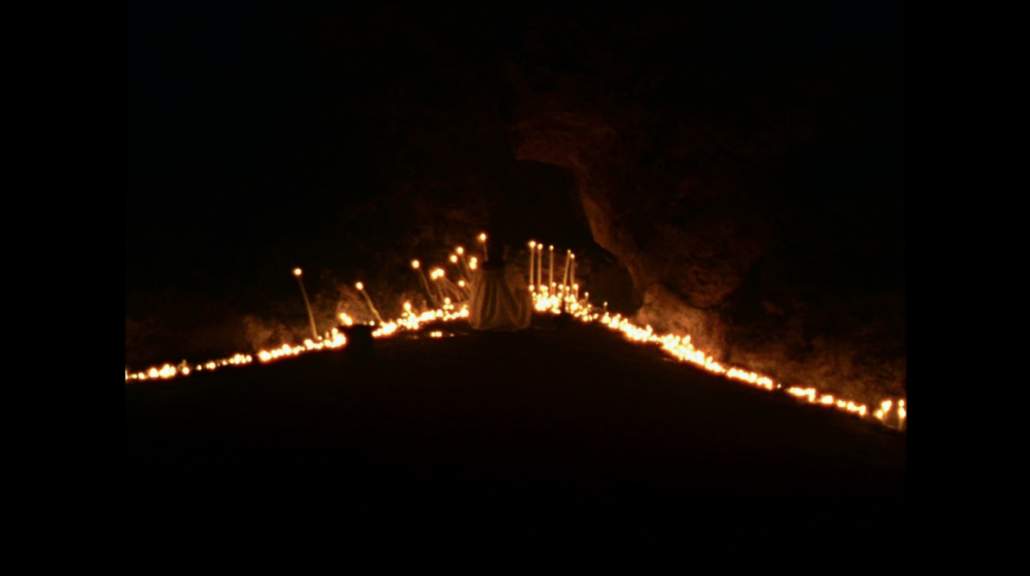 At the gate to the infraworld, a priestess invokes mysterious powers to wake the spirit of revolt.The army of shadows soon arrives to set fire to the Earth and wash away injustices. 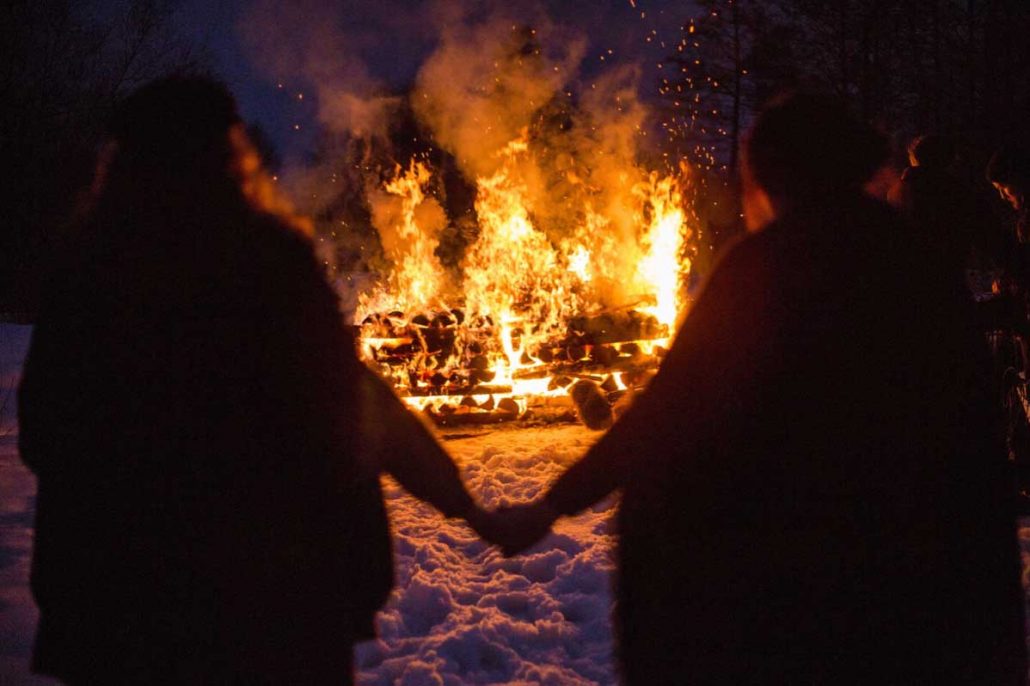 In the turmoil after the First World War, young Agnes and her mentor Jadwiga reach an isolated, Austrian village. Although they are initially rejected and denounced by the villagers, the two curative women help with their medical knowledge. They heal the blindness of Frieda, the sacristan’s daughter. In the process Frieda and Agnes get closer. So close that the village won’t accept the sacrilege. In the fight for respect, morals and social norms, everyone loses in the end. 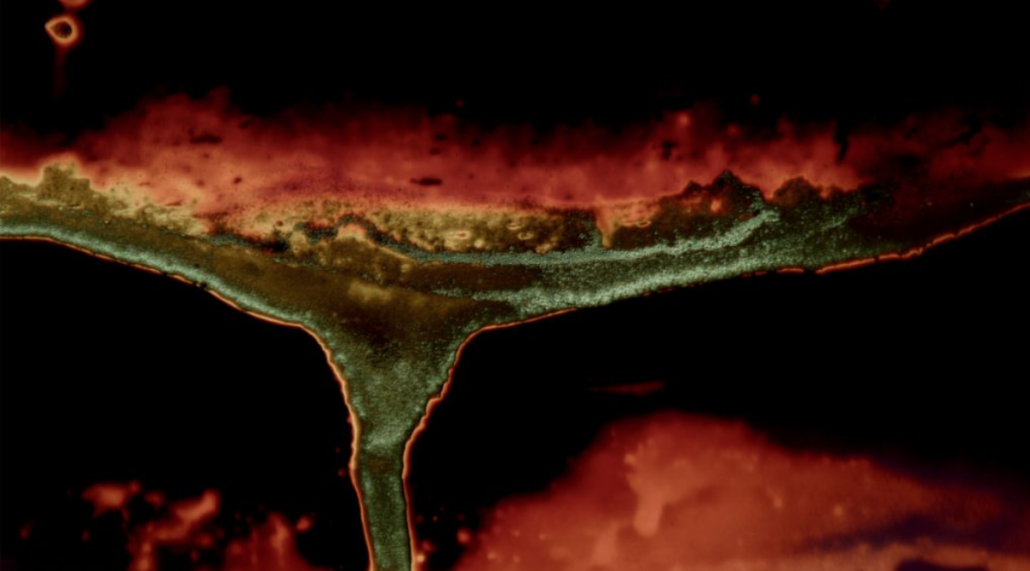 A figure hardly emerges from an undefined black space. Màcula has vague contours, lives in the darkness as best he can, his nervous system is unhooked, acrobatic toward the dissolution.

In the film various techniques of 35mm film processing and animation on paper are intertwined, text and voice are by Antonio Rezza, the music is by Ennio Morricone. 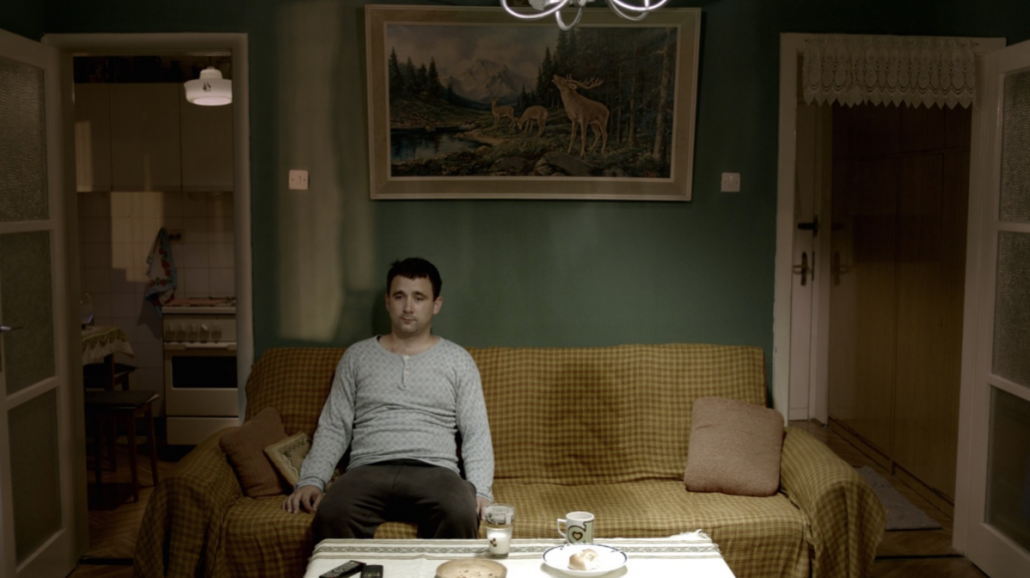 Marinko is an assistant worker in the tow-away service. He lives in a cheap rented flat in Zagreb and has only one friend although it sometimes seems better not to have even that one. Recently, he has been having visions of the Virgin Mary everywhere: in stone, in the clouds, in a glass. Marinko is not sane. 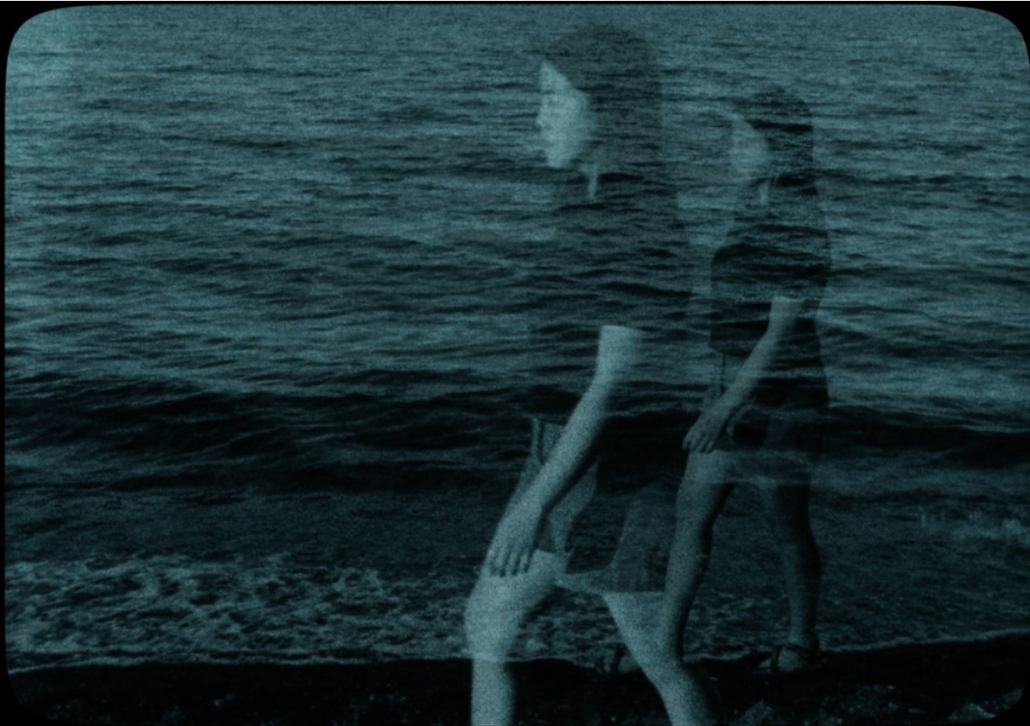 Exploring the capacity of the medium to express various notions of time, the film begins with a woman looking out from the shoreline. This acts as a point of departure to disparate yet interconnected sequences which prompt the viewer to engage in a structurally unique mode of inquiry and experience. A dynamic original score by the acclaimed composer Graham Stewart accompanies the film.

It’s the 70s. In a village overlooking the sea, two boys live off small burglaries and soccer games. Their crimes still have the lightness and vitality of childhood, until a proposal will bring darkness into their lives and Italian history.

Can’t Take My Eyes Off You

While partying in a stylized lounge, a confused young man has to reject his top-model girlfriend in order to follow his true love. 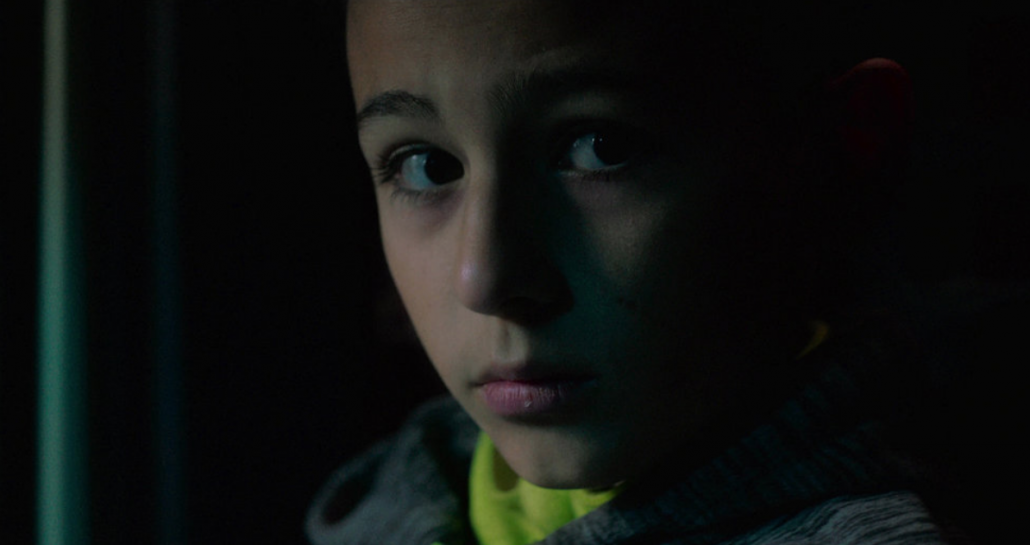 Tarik is an 11-year-old kid who helps his father transport illegal immigrants into the Netherlands. When an accident occurs, Tarik gets a chance to gain the acknowledgment from his father he has always yearned for, but at a high price – the loss of his own innocence.