Oliver Stone: a life against the mainstream 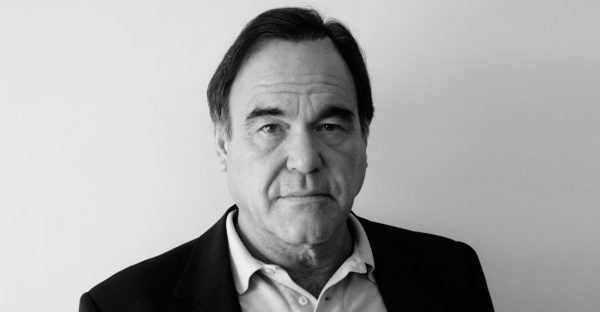 Oliver Stone is going to receive the Lifetime Achievement Award at the next Lucca Film Festival and Europa Cinema. Snowden is his last movie, one of the twenty he made during a career that started more than forty ears ago. He has always been a polemic and thorny director and yet, he managed to become one the most important New Hollywood’s exponent. Nowadays, he is considered as one of the most important American directors ever.

Oliver Stone was born in New York city, in 1946, in a middle-class family. After attending high school in New York and Pennsylvania, he joined the U.S. army and went to Vietnam. As a matter of fact, the years he spent there will be a major inspiration for his cinema, as he has always been a pacifist.

As soon as he got back to his hometown, in 1971, he studied and graduated at the New York university film school and soon enough he realized is first short film, Last year in Viet Nam, an experimental piece of documentary. His debut in cinema as a director happens in 1974, with a disastrous movie called Seizure, which will be soon followed by another unsuccessful movie The Hand, shown in theaters back in 1981. But, in the meanwhile, his career as a screenwriter takes soon off. He was, indeed, only twenty-eight when he won his first Oscar for the script of Midnight Express.

Given the enormous success of the movie, he was offered to write the script for Brian de Palma’s most famous project, Scarface, where Stone also used to fight against his addiction to cocaine. Thanks to this script and to his first important movie as a director, Salvador, Stone was ready to enter, with his next project, to the Olympus of cinema. The masterpiece, both scandalous and polemic was, of course, Platoon.

The consecration: Platoon, Wall Street and Born on the fourth of July

From 1986, the relationships with the filmmaker and the public opinion and press will not be idyllic anymore. Platoon is an autobiographical tale on the painful and alienating experience of the way and the absurd life in Vietnam, filled with violence and drug abuse. The movie won 4 Oscar, including best picture and best achievement in directing and three Golden Globe.

After this masterpiece, set in a foreign land, he decided to tell a story completely set in America, about the fiscal speculations and the greedy: Wall Street. Michel Douglas, who plays an evil businessman, Gordon Gekko, has immediately became a cult character, as much as Scarface’s protagonist Tony Montana. Gekko is the negative representation of the American bourgeois class that has no interest but to make money. In 1988, after reading Born on the fourth of July, the autobiography by Ron Kovic, he decided to make the homonymous movie. A manifest for pacifism and an hymn against the Vietnam war.

From the nineties to today: Natural born killers, Every Bloody Sunday and Alexander

In ’94 Oliver Stone shock the audience again. He bought a script from a young Quentin Tarantino and shot a movie called Natural born killers. A story against the media, against their ridiculous way of showing violence and murders just to attract the audience. Shot in an extremely experimental way, this masterpiece was not liked at all by most part of the audience and the press. in 1999, he invented an another cult character, the coach Tony D’amato , played by Pacino, whose final speech in every bloody sunday, is still quoted today.

The Lucca Film Festival and Europa Cinema, other than showing a complete retrospective of the director’s work, will give the chance to watch Alexander with the introduction of the director himself. The big 2004 Colossal, based on the life of Alexander the great, has a dreamlike cast, including Colin Farrell, Angelina Jolia, Val Kilmer and Anthony Hopkins.