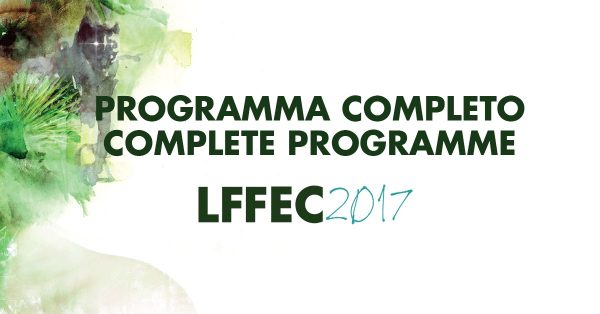 Lucca, Tuscany, 26 March 2017 – On Sunday 2 April, the Italian premiere of the film The Other Side of Hope produced and directed by Aki Kaurismäki will inaugurate the 2017 edition of the Lucca Film Festival e Europa Cinema at the Cinema Astra in Lucca (at 8.30 p.m.). The protagonist of the film Sherwan Haji will introduce the film that recently won the Silver Bear award for Best Director at the last Berlinale and that will be distributed in Italian cinemas starting on 6 April by Cinema di Valerio De Paolis. The Other Side of Hope, which premiered at the Berlin Film Festival, describes the plight of refugees and is one of the special events of the “Hors-Concours” section showcasing films premiering in Italy that are not participating in the competition.

Among other “Hors-Concours” films, The Land of the Moon (French: Mal de Pierres) written and directed by Nicole Garcia and starring Marion Cotillard and Louis Garrel (4 April), the European premiere of The Headhunter’s Calling by Mark Williams with Gerard Butler and Willem Defoe (6 April), the latter a guest star of the Festival. Willem Defoe will be in Lucca to present the film, to meet the public on Friday 7 April at the Teatro del Giglio at 10.30 a.m. and will receive a Lifetime Achievement Award on Saturday on 8 April at the Cinema Astra.

In addition to the aforementioned guests, the Lucca Film Festival e Europa Cinema vaunts a stellar red carpet with the presence of Oliver Stone, Olivier Assayas, Valeria Golino, Sergio Castellitto, Julien Temple, Cristi Puiu, Bruno Monsaingeon and Giada Colagrande. The Festival has reserved tributes, special screenings, award ceremonies and masterclasses open to the public for every one of these award-winning international film stars.

This year’s Festival also features the second edition of the International Feature Film Contest, with 14 films from around the world competing in an Italian premiere that will be screened side by side with the Hors-Concours films and the well-established International Short Film Competition.

Julian Temple (3-4 April) – Julian Temple will be in Lucca starting Monday, April 3, when, at 11:30, he will meet the public at the Vincenzo da Massa Carrara conference hall and talk about the years of punk and its relationship with art and cinema in the 70s and 80s. A private visit to the exhibition PunkDadaSituation hosted by the Ragghianti Foundation will follow. The exhibit PunkDadaSituation celebrating 40 years of “Punk” is curated by Alessandro Romanini and opens on 3 April. The same evening, Julian Temple will receive a Lifetime Achievement Award at the Cinema Centrale in Lucca at 9 p.m. and immediately after the prize giving, Temple’s 2016 cinematographic work The Origin of the Species – Keith Richards” will be screened in Italian premiere.

Oliver Stone (6-7-8 April) – Director, screenwriter, producer and three times Oscar winner Oliver Stone will receive a Lifetime Achievement Award and hold a masterclass open to the public. The reporter- director, who through his films has traced a critical and poignant portrait of the United States, will be in Lucca for a press conference on 6 April. On Friday 7 April, the Lucca Film Festival will host a gala evening at the Cinema Astra in his honor and tribute the Maestro with a Lifetime Achievement Award. Stone will then introduce the screening of his film Alexander (2004, chosen by him), an epic narration of Alexander the Great’s life featuring a stellar cast. Oliver Stone’s stay in Lucca will wrap up with a masterclass open to the public moderated by journalist Silvia Bizio at the Teatro del Giglio on Saturday 8 April at 10 a.m. The program also includes a retrospective that will retrace the filmmaker’s entire career.

The international film event Effetto Cinema Notte Day-For-Night 2017 will transform the entire city of Lucca into a giant open-air movie set. Extending over seven days, the main event entitled “Oliver Stone’s War Zone” will be staged in the Piazza del Giglio on Saturday, April 8 starting at 7 p.m. and with two concerts scheduled at 11.30 p.m. and 12.30 a.m. The city will be divided into five different areas matched to a film genre and 42 local downtown establishments are hard at work with teams of set designers and performers.

Valeria Golino (4 April) – An artist with a dazzling international career, Valeria Golino has worked with great Italian directors like Gabriele Salvatores, Ferzan Ozpetek, Francesca Archibugi, Emanuele Crialese and Paolo Virzì, but also with outstanding American directors such as Sean Penn in Lone Wolf and Quentin Tarantino in Four Rooms. On April 4, Valeria Golino will meet the public at the Vincenzo da Massa Carrara conference hall and talk about her multiple roles as actress, director and producer (10.30 a.m.). On that same evening, the actress, director and producer will receive a Lifetime Achievement Award at the Cinema Astra at 8.30 p.m. The screening of Per Amor Vostro directed by Giuseppe Gaudino starring Golino herself will follow.

Sergio Castellitto (8 April) – Italian actor and director Sergio Castellitto will be the protagonist of the open dialogue “Listening Shot: Cinema and Therapy” moderated by Mario Sesti and organized by Mario Tobino Foundation taking place at the Teatro del Giglio in Lucca at 6 p.m. on 8 April. The conversation will center around the relationship between cinema, television and mental health and will be followed by the screening of the short film Il sogno d’oro – The golden dream directed by Simone Rabassini and scripted by Deborah Pioli, a work that focuses on the therapeutic function of music, particularly that of Giacomo Puccini.

Olivier Assayas (9 April) – The Lucca Film Festival e Europa Cinema red carpet is studded with yet another star, Olivier Assayas. The French film director, screenwriter and critic will be in Lucca on Sunday 9 April at the Cinema Centrale to receive a Lifetime Achievement Award and hold a masterclass on Cinematography (at 9 p.m.) which will be immediately followed by the screening of his latest movie Personal Shopper.

Maestros of Cinema Cristi Puiu and Bruno Monsaingeon 4-6 April) – Cristi Puiu, the Maestro of Romanian cinema, will be the President of the Jury of the Lucca Film Festival e Europa Cinema International Feature Film Contest and the Festival will feature a complete retrospective of his films. Puiu will hold a Masterclass at the Cinema Centrale in Lucca on 6 April at 9 p.m. The screening of latest film Sieranevada – a family drama set just after the tragic events of Charlie Hebdo that was presented at Cannes 2016 – will follow. French director Bruno Monsaingeon, one of the world’s best-known music documentary directors, will be in Lucca to collaborate on a project with the Musical Institute Luigi Boccherini and on 4 April 4 will conduct a seminar on the relationship between image and music. Monsaingeon has directed films on the most influential musicians of the twentieth century, including Glenn Gould, Sviatoslav Richter and David Oistrakh and will receive a Lifetime Achievement Award at the Cinema Centrale on 5 April. The Festival will be screening Monsaingeon’s works during the week.

Cinema & Music Special Event (2 April, Piazza del Giglio Lucca) – As always, music plays a key role in the Lucca Film Festival. Among the not-to-be-missed events of the 2017 edition, the live interpretation of Yasujiro Ozu’s masterpiece Floating Weeds (1934) performed by the Luigi Boccherini Institute of Lucca in collaboration with the Maxxi Museum in Rome. A chamber-music ensemble will perform the soundtrack co-written by Maestro Fulvio Pietramala and Maestro Gian Paolo Mazzoli taking into account traditional Japanese pentatonic scales achieving oriental texture and acoustics using original instruments. The film will be screened using the facade of the Teatro del Giglio as a backdrop and Maestro Mazzoli will direct the Boccherini Institute ensemble.

The Exhibitions (Viareggio e Lucca) – This year the Lucca Film Festival e Europa Cinema presents two exhibitions, both curated by Alessandro Romanini. The first exhibit – PunkDadaSituation – is closely linked to the event and will be inaugurated on 3 April at the Ragghianti Foundation in Lucca. . It celebrates the birth of three artistic and cultural Avant-garde movements that shaped the history of the past century. The birth of the Dada movement in 1917, the formation of the Situationist International in 1957 and the origins of Punk in 1977.

The second exhibition entitled The Journey of G. Mastorna. The dream of a film staged on set marks the beginning of the collaboration with the Experimental Center of Cinematography in Rome and is hosted by the Galleria d’Arte Moderna e Contemporanea (GAMC) in Viareggio (inauguration 18 March 2017) The exhibit pays tribute to Federico Fellini’s never-made film through the executive boards of the scenes created by students.

Lifetime Achievement Awards – The Lifetime Achievement Awards that will be presented to directors and actors were designed and created by Italian Emiliana Martinelli, the President of Martinelli Luce. Select creations of the international company are showcased in the permanent collections of major museums, such as the famous bat lamp on display at the MOMA in New York.

The Lucca Film Festival and Europa Cinema directed by Nicola Borrelli, is one of the key events organized and sponsored by the Fondazione Cassa di Risparmio di Lucca. The main sponsors of the event are Banca Generali and Banca Pictet, whereas the exhibits are produced with the support of Banca Société Générale. The organization of the Lucca Film Festival e Europa Cinema is also made possible thanks to the funds made available by Funder35 and enjoys the support of Gesam Gas & Luce SpA, Istituto Luce Cinecittà S.r.l., Fondazione Banca del Monte di Lucca, Lucar Spa, Lions Club Lucca Le Mura, Il Ciocco S.p.A, MiBACT (the Italian Ministry of Cultural Heritage, Activities and Tourism), the Region of Tuscany, the City of Lucca, the City of Viareggio, the Province of Lucca with the collaboration and co-production of the Giglio Theatre in Lucca Consociazione Nazionale donatori di sangue Fratres, Fondazione Giacomo Puccini e Puccini Museum – Casa Natale, Fondazione Carlo Ludovico Ragghianti, Fondazione Mario Tobino, Università degli Studi di Firenze, Martinelli Luce, CG Entertainment, Fondazione Centro Arti Visive e Fondazione UIBI. Thanks also to Lucca Comics & Games, Trenitalia Regional Management, Unicoop Firenze and to the Degree Course in Performing Arts and Civilization Department of Communication and Forms of Knowledge at the University of Pisa, Light It Up Blue – Lucca and App18 for their collaboration.