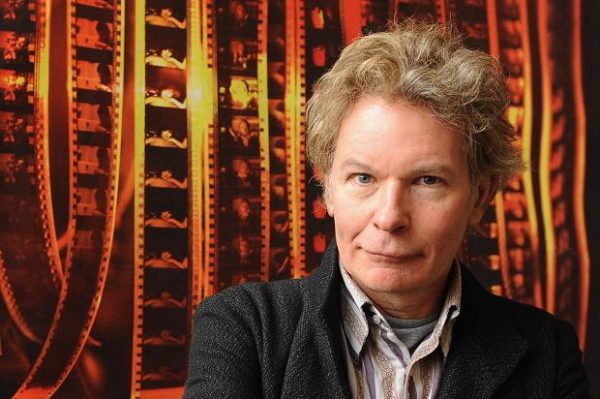 Inaugurated in Zurich in 1917, Galerie Dada is the space where the movement, which until then had been confined to its Manifesto and statements, found its exhibition venue. In 1977, to celebrate Her Majesty’s Jubilee, the Sex Pistols release the single “God Save the Queen”, considered the Manifesto of Punk. The third milestone is birth of the artistic and cultural Situationist International movement founded on 28 July 1957 in Cosimo of Aroscia (Imperia), a movement that played an important role as a link between the historical avant-garde artists and underground culture in general, specifically Punk.

The exhibition PunkDadaSituation opens at the Ragghianti Foundation in Lucca on 3 April 2017. It celebrates these artistic and cultural vanguards looking back on 40 years of Punk while analyzing and highlighting the strong links that connect Punk, Dada and Situationism. Avant-garde movements that on the one hand have transformed aesthetics and forms of expression but on the other hand have changed the production process of contemporary art. The exhibit is produced by the Lucca Film Festival e Europa Cinema and is curated by Alessandro Romanini.

On display, the works of two of the protagonists of Punk, Jamie Reid, graphic designer and movement theorist, and John Tiberi, photographer, filmmaker, refined art and antiques collector and former Sex Pistols tour manager. Moreover, the PunkDadaSituation exhibit features an extensive retrospective of films and of Punk cinematography, including Julien Temple, with the aim of subverting and dispelling the superficial image of a movement that has been dismissed as youthful rebellion, a social and musical phenomenon and with the goal of giving Punk its rightful place in the history of Western culture and art. Julien Temple will be in Lucca for the exhibition’s inauguration on 3 April 2017 and will receive a Lifetime Achievement Award. In the morning, Temple will hold a masterclass open to the public in San Micheletto.

PunkDadaSituation includes many photographs by John Tiberi, who through his lens captured the protagonists, the iconic venues and symbols that from the mid-70s changed the face of England and not only of that Country. From Johnny Rotten and Syd Vicious to Malcolm McLaren and Vivienne Westwood, from the 100 Club where the first punk concerts were held to the store at 430 King’s Road, the epicenter and engine of the big bang that sparked what can be undoubtedly considered the last avant-garde movement of the 20th century. A phenomenon that exploded in Great Britain, which involved music, society, film and in particular the production of images in the broadest sense, as Jamie Reid’s graphic works on display show clearly.

Jamie Reid was born in 1947 and is considered the “educated” mind of Punk. Thanks to his passion and deep knowledge of the artistic and literary movements of the 1900s – especially of the Cabaret Voltaire Dada and of the Situationist International whose poetry fueled the revolutionary thrust and slogans of 1968 – Reid inherits its corrosive spirit and taste for verbal provocation, founding the “Do-it-Yourself” philosophy. A philosophy that has spread from music to movies passing through independent publishing, forever revolutionizing the production process. Together with Malcolm McLaren – the true deus ex machina of Punk, former fellow student at Croydon Art School and comrade “in arms” in this adventure – in 1974, Jamie Reid finances the publication in Britain of the first anthology by Christopher Gray entitled “Leaving the 20th Century: Incomplete Work of the Situationist International“.

In his artistic production, Reid combines the collage technique of Surrealist origins, the activism of the Situationists and barricadero style of Dada and of Mail Art. The PunkDadaSituation exhibition showcases a group of over 35 original works, including at least 10 on display for the first time, which over the years have become the punk movement’s worldwide icons, initiating the “Do-it-Yourself” style, which quickly gained a following on the international indie scene. Reid’s works include the original collage that defined one of the most iconic record covers in rock history, “God Save the Queen” by the Sex Pistols. A band, whose sound the “bible” of music Rolling Stone compared to “two underground trains that collide under forty feet of mud and with screaming victims.” Created to mark the Crown’s Jubilee, the cover shows the image of the Queen in a photographic portrait taken by Sir John Bailey with eyes covered by swastikas and lips sewn with a safety pin. Other works on display include the original graphic design for “No Future”, that of “Sex Pistols Number 1”, the Swindle Banners series, Never Trust a Hippie in addition to some never-seen-before pearls, like the original synopsis of the “Rock ‘n’ Roll Swindle” film and the drafts and pre-visualizations of “Who Killed Bambi”, the film project dedicated to the Sex Pistols and Punk, which should have been directed by Russ Meyer, the director of the “Supervixens.”

This exploration of the punk period leads us inevitably to investigate its roots stretching back through the Dada and the Situationists, whose anniversaries curiously coincide.

Born from the ashes of the Lettriste movement, the Situationist International makes the headlines during the French May in 1968 because protesting students used its slogans in marches and wrote them on public walls. The Situationist movement was heavily influenced by the 1920s Surrealists and by Marcel Duchamp’s Dada, hailing as spiritual fathers Marx, Saint Just, the heretics of the Middle Ages, the knights of the round table and the anarchists. It is easy to imagine how this volcanic aggregate of subversive forces and of related expression fueled the Punk movement.

Situationism was the liaison between historical avant-garde, such as Dada and Surrealism, and underground culture and Punk. It gave life to new expressive forms and, above all, gave voice to social and cultural groups, which had been denied access to artistic and productive channels. A section of the PunkDadaSituation exhibit is purposefully dedicated to audio files and works on paper of the Situationist movement, side by side with Dadaist films and an archive documentary by Orson Welles on Lettrists and Situationist. PunkDadaSituation also brings together a series of audiovisual documents, including some Sex Pistols performances in the key years of punk, shot by John Tiberi. Videos include the Live shows in Stockholm and at the Notting Hill Carnival in 1977 and the Westwood- McLaren fashion show in Paris.

The retrospective dedicated to Julien Temple completes the punk universe exhibit. Among the films, “The Great Rock ‘n’ roll Swindle” (1980) and “The Filth and the Fury” (2000) dedicated to the Sex Pistols. A true minstrel of the cultured punk movement in its budding and its development, Temple has linked almost his entire forty-year cinematographic career to music in all its various forms. As well as directing films such as “Absolute Beginners” (1986) and “Earth Girl Are Easy” (1988), Temple directed videos for artists and bands, such as for the Sex Pistols, the Rolling Stones, David Bowie, Culture Club, Van Halen, Janet Jackson, Neil Young and Blur to name a few. Temple has also directed on-scene music documentaries on Ibiza and in Havana for BBC TV and specials focused on artists like David Bowie, Joe Strummer and the Clash, the Rolling Stones and Paul Weller. His last work is the award-winning documentary-interview with Keith Richards.

Other films dedicated to Punk, such as “Jubilee” by Derek Jarman and “Punk Attitude” by Don Letts, will be screened in combination with Julien Temple’s show reel.

The Lucca Film Festival and Europa Cinema directed by Nicola Borrelli, is one of the key events organized and sponsored by the Fondazione Cassa di Risparmio di Lucca. The main sponsors of the event are Banca Generali and Banca Pictet, whereas the exhibits are produced with the support of Banca Société Générale. The organization of the Lucca Film Festival e Europa Cinema is also made possible thanks to the funds made available by Funder35 and enjoys the support of Gesam Gas & Luce SpA, Istituto Luce Cinecittà S.r.l., Fondazione Banca del Monte di Lucca, Lucar Spa, Lions Club Lucca Le Mura, Il Ciocco S.p.A, MiBACT (the Italian Ministry of Cultural Heritage, Activities and Tourism), the Region of Tuscany, the City of Lucca, the City of Viareggio, the Province of Lucca with the collaboration and co-production of the Giglio Theatre in Lucca Consociazione Nazionale donatori di sangue Fratres, Fondazione Giacomo Puccini e Puccini Museum – Casa Natale, Fondazione Carlo Ludovico Ragghianti, Fondazione Mario Tobino, Università degli Studi di Firenze, Martinelli Luce, CG Entertainment e Fondazione UIBI. Thanks also to Lucca Comics & Games, Trenitalia Regional Management, Unicoop Firenze and to the Degree Course in Performing Arts and Civilization Department of Communication and Forms of Knowledge at the University of Pisa, Light It Up Blue – Lucca and App18 for their collaboration.