English film director Stephen Frears is the first guest of honor of the Lucca Film Festival e Europa Cinema 2018, taking place from the 8th to the 15th of April in the Tuscan cities of Lucca and Viareggio. A film retrospective will be dedicated to the Director who will also be holding a Masterclass open to the public.

Stephen Frears has earned two Oscar nominations as Best Director, the first one in 1991 for The Grifters and the second for one for The Queen (2007). Lucca Film Festival will pay tribute to the British Director with a wide range of events celebrating his career as it has
done in past editions for other Masters of the Seventh Art such as Oliver Stone, David Lynch, George Romero, Terry Gilliam, Peter Greenaway and Abel Ferrara to name a few. 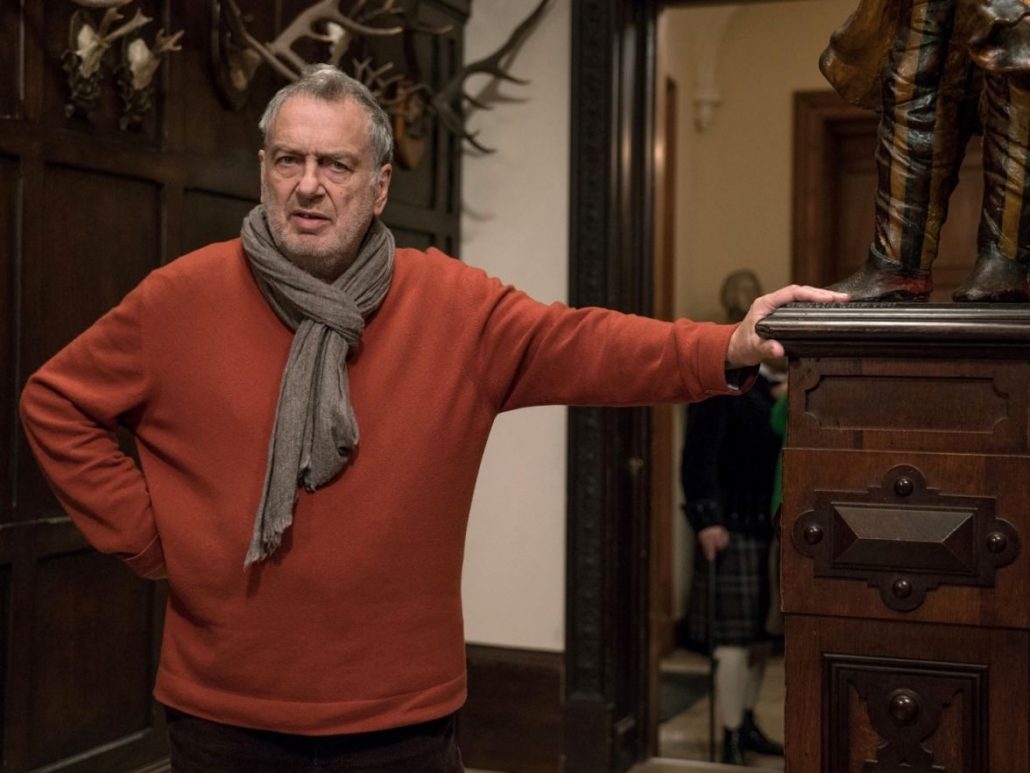 “In his films, Frears has been able to narrate the most compelling reality and, before anyone else, has brought the issues of interracial love, haphazard hypocrisy and the virtues and faults of contemporary monarchy to the big screen.

Always with great pragmatism and showing tremendous respect
for the screenplay

explained the organizers of the Film Festival; this is one of the key events of the events organized and supported by the Fondazione Cassa di Risparmio di Lucca.

The career of the eclectic and cynical British Film Director will be retraced by screening some of his most iconic works such as Dangerous Liaisons (1998), High Fidelity (2000) and his latest Florence Foster Jenkins (2016).
Stephen Frears’ participation in the Lucca Film Festival e Europa Cinema 2018 will culminate with a masterclass in which he will answer questions from the audience and meet students.

This year marks the 3rd Edition of the International Feature Film Contest with 14 italian premieres from all over the world competing for the final award. As in past editions, the 2018 Lucca Film Festival e Europa Cinema will be enriched by Hors-Concours Premiers, by the well-established International Short Film Competition and by “Effetto Cinema Notte” – Day for Night series of live events.

Two exhibitions curated by Alessandro Romanini are at the heart of this year’s program. The exhibit In Search of Lost Time (À la recherche du temps perdu) is produced by the Experimental Center of Cinematography in Rome and will be hosted at the Palazzo Ducale in Lucca (17 March-21 April 2018). After last year’s tribute to Federico Fellini and The Journey of G. Mastorna hosted at the GAMC in Viareggio, in 2018 students of the Department of Stage Design headed by Francesco Frigeri will delve into Marcel Proust’s Recherche.  By drafting a series of tables and sketches, students have recreated the atmosphere of the film Luchino Visconti imagined but never realized. The Recherche storyboards are permeated by the Parisian bohemian spirit so typical of early 1900s French art, by the glamorous ambiance of the cafes and of the dining room of the Grand Hotel Balbec, by the bakeries and inspired by sunny squares like Place des Vosges and by Les Invalides metro station.

The second exhibition curated by Romanini “Close up on Art. Behind the scenes of SKY’s artistic productions” will be on display at the Fondazione Ragghianti in Lucca (22 March – 23 April 2018). Over 40 photographs will illustrate the “Dream Creator Machine” in every aspect from the sets, actors in various stages of production, technicians at work and directors of Photography to the Cinecittà studios, the set design preparation and realization, the designing and making of costumes and, finally, processes related to the new “immersive” 3D illustrated technologies. The exhibit showcases photographs of the works of Michelangelo, Caravaggio and Raphael taken in the Vatican Museums, breathtaking aerial images of the Roman basilicas captured on film for the first time thanks to the permits granted by the Vatican and photos of Uffizi Gallery in Florence, to name a few.