The winners of the Lucca Film Festival and Europa Cinema 2020 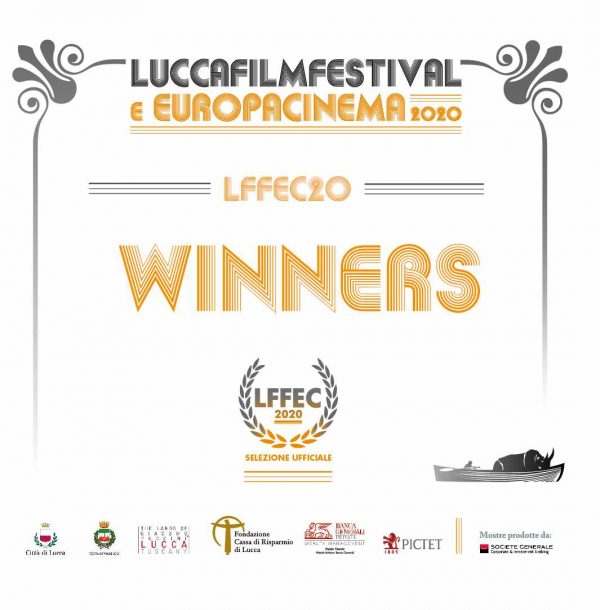 Cinema: "Murmur", on the drama of loneliness, is the best film of the Lucca Film Festival e Europa Cinema competition

“Boy Meets Gun” wins two awards: the popular jury and the student jury awards. The short film “ventiseisettembre2020” by the I Beati Poli team wins the Lucca 48 prize. “Anche gli uomini hanno fame”, a story of poverty in Salento between the 60s and 70s, by Francesco Lorusso, Gabriele Licchelli and Andrea Settembrini wins the Best Short Film award. The award for Best Costumes for Effetto Cinema Notte went to “Lebowski – Cocktail Bar” (piazza San Michele) with their “Alice in Wonderland”, by Tim Burton (2010).

“Murmur” by Heather Young, the directorial debut of the young Canadian filmmaker, wins the Best Film award in the International Feature Film Competition of the Lucca Film Festival e Europa Cinema. The prize (€ 3,000) was awarded by the jury composed of directors and actors Claudio Giovannesi, Anita Kravos, Daniele Ciprì, Massimo Gaudioso and Roberta Mastromichele. The awards were given during the award ceremony held at Astra cinema on 3rd October.

“For the director’s ability – the jury explains – to tell, with extreme rigor and without any artifice, the inadequacy of living and the stubbornness not to accept a predestined existence”.

The Popular Jury Award went to Joost van Hezik’s “Boy Meets Gun”, which also won the Student Jury Award. “It is able – as the student jury explains – to shoot the viewer inside a magnetic story, made even more compelling by the power of the musical accompaniment, by the tragicomic irony and by an original script that – net of the quotes – manages to create a whirlwind of unexpected situations that lead to a surprising ending”. In this film the Dutch director tells the story of Marteen Moreau, a university professor who has lost interest in everything and lives a life that he finds repetitive and boring, until he finds a gun lost by a robber and his life changes forever.

The Best Short Film award (€ 500), assigned by the jury composed of Alberto Tempi, Amelia Nanni, Arianna Lodeserto and Jonas Schnyder, is “Anche gli uomini hanno fame” by Francesco Lorusso, Gabriele Licchelli, Andrea Settembrini: a story of poverty in Salento between the 60s and 70s. “Salento – as we read in the official motivation – before its so-called tourist ‘invention’ was a very poor land. A narrow landscape, made of escapes or waits, restored with rigor and poetry in this archival research. A reverse postcard – misty, vertical and not counterfeit – showing the hermetic portrait of a bar that still exists and of the people who lived there, left, arrived: a whole life devoted to the most painful work. In the duels with village life, there is also a cinema in the garden. For the look, photography and synthesis, “Anche gli uomini hanno fame” by Francesco Lorusso, Gabriele Licchelli and Andrea Settembrini wins as best short film”.

Special mentions in the Short Film section went to Patrícia Sobreiro’s “A Janela” and Geena Jung’s “I heard silence from her”.

The Best Short Film award for the student jury was assigned to “Nunca te dejé sola” by Mireia Noguera with the following motivation: “For the delicate strength with which the images represent the memories and traumas of the protagonists, for the director’s awareness in creating mechanisms of tension by playing with technique, for the ability to spark empathy in the viewer”.

The Lucca 48 prize, a film contest aimed at first-time filmmakers, where participants were required to make a short film in 48 hours, was awarded to “ventiseisettembre2020” by the team “I Beati Poli”. On that occasion, the Sofidel award, sponsor of Lucca48 within the Lucca Film Festival and Europa Cinema 2020, was also awarded to “Unrolling the Future – The Sustainability Short Film Award“, assigned to the short film that distinguished itself in representing sustainability-related topics.

Donna has recently been convicted of “Driving While Impaired” and is ordered to perform community service at the local animal shelter. When an elderly dog is scheduled to be euthanized, Donna decides to take the dog home to fill the emptiness she feels. Donna begins to take home more and more animals and she is soon in over her head.

Between the end of the 60s and the early 70s Salento was one of the poorest regions in Italy. Hunger forced around 150,000 people to leave their homeland to seek fortune elsewhere. In Gagliano del Capo, a small village in the deep South, there are people who chose to leave and people who chose to stay.

Marteen Moreau is a university professor who has lost interest in everything and lives a life that he finds repetitive and boring. One day a robber loses his gun after having killed a cashier in a supermarket. Marteen finds the gun and his life changes forever.

A personal and intimate vision of a Window, that merges with the memory of a grandmother.

In a town full of old houses, a kid’s cry breaks through the silent town, causing the dogs to join with their barks. In a dark and narrow alley stands a very nervous girl.

Claudia, a teenager who has always felt a strange aversion towards her mother, accompanies her to clean up their old family home, where they used to spend their summer. Once there, Claudia is haunted by ghosts of her past, seeing no other option but to face the truth she has avoided for all her life.