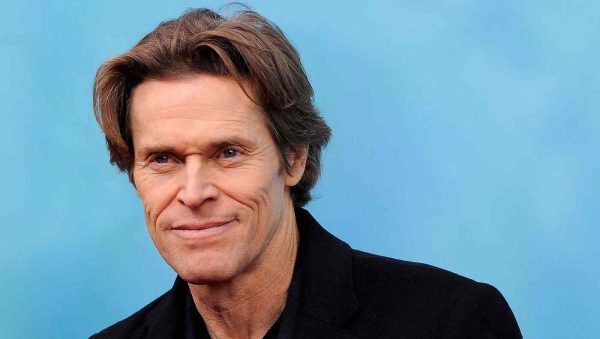 Willem Dafoe will be one of the next guest at the Lucca Film Festival e Europa Cinema and throughout his career he has been in 117 movies (Source Imdb). We picked five of them to show not only his talent but also, his versatility and skill in moving from one genre to an other.

The last temptation of Christ (1988) by Martin Scorsese

The movie that became extremely famous for Jesus’s dream about having sex with Mary. He is played by a long-haired and long-beard Willem Dafoe. A challenging, audacious and ambitious movie about nothing less than the life of Jesus, the call of god and his struggle with his own demons. Dafoe’s sublime interpretation has deeply contributed in making Last temptation of Christ one of the finest works by Scorsese and the most important modern movie about religion.
Written by Paul Schrader with Harvey Keitel in the role of Judas.

A really bizarre movie; directed by the legendary producer and author of the cult movie The warriors. Here, Willem Dafoe plays the boss of a biker’s gang called “The bombers”, who kidnap a singer called Ellen Aim. “Raven Shaddock” is one of the first villains that will be later portrayed by Dafoe, like the famous “goblin” in Raimi’s Spiderman. He is stunning as he brings a lot of madness to the movie and to character; just think about the crazy haircut he has. A special mention, also, for the rock’n roll soundtrack that features some from The blasters and Ry Cooder.

The Life Aquatic with Steve Zissou (2004) by Wes Anderson

An unusual role, in a comedy, makes this movie a “unicum” for Dafoe. He plays Klaus Daimler, a member of Steve Zissou’s crew, which is looking for the “Jaguar Shark”. Klaus is a german man, one of the first member of the crew and therefore he sees the capitan as a father. During the whole course of the movie he seeks his approbation, putting himself continuously in competition with Owen Wilson’s character, who claims to be the real son of Zissou. Dafoe gives a great effort in playing a naive, a fool.

A small movie, made with great passion. Dafoe plays a lonely and solitary man, a mercenary hunter who is sent from a mysterious corporation to Tasmania in order to kill the last tasmanian tiger. There, he meets a mother and her two kids and gets in contact with the wilderness of the environment, diametrically different from modern’s society one. One again, the actor show his versatility in a role less “Baroque” compared to ones we got used to, like Wild at heart, for example.

Firstly screened at the Venice Film festival and directed by a indie cinema’s “guru” like Abel Ferrara, Pasolini stands as one of the most complicated challenges in Dafoe’s career. Mainly because, playing a character that really existed and was so famous among the cultural worlds, is a very hard task. Also because, the pressure for playing a fundamental 20th century Italian’s man was huge. He passed the test, of course, brightly directed by Abel Ferrara. The movie brings us the chronicle of the last, mysterious, day of Pier Paolo Pasolini’s life.

Willem Dafoe, guest at LFFEC 2017 on April 6, 7 and 8, is a flexible actor, able to amaze in every performance. The actor will meet the audience, will receive the Lifetime Achievement Award and he will present the European Premiere of “The Headhunter’s Calling” on April 6 at 8:30pm at Cinema Astra in Lucca.