William Friedkin at the Lucca Film Festival and Europa Cinema 2016

After George Romero, another international movie star announced as guest

The Film Festival dedicates a tribute to the American director and “New Hollywood” icon in Lucca and Viareggio from the 3rd to the 10th of April. During his stay, a documentary will be filmed on the filmmaker’s relationship with Giacomo Puccini. 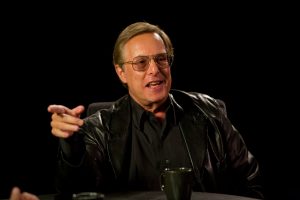 The Oscar-winning American director and “New Hollywood” major filmmaker William Friedkin will be among the guests of the Lucca Film Festival and Europa Cinema 2016, which will take place in the Tuscan city and in Viareggio from Sunday 3 April to Sunday 10 April 2016. The Festival will pay tribute to the director, producer and screenwriter of cult films such as The Exorcist, The French Connection and To Live and Die in LA with screenings of his best-known films, a masterclass and a Gala evening during which Friedkin will receive a Lifetime Achievement Award. Additionally, during his stay in Italy, a documentary titled “Puccini by Friedkin” will be filmed. A work that will explore the relationship between “Director of Evil” and the great composer from Lucca.

Having recently announced the attendance of the Master of zombie movies George Romero, the Festival’s Red Carpet takes on a deeper hue of terror thanks to Friedkin’s presence, one of the greatest innovators of the horror and crime genres. The section is curated by Daniela Catelli, Nicola Borrelli and Stefano Giorgi. Friedkin will take part in all events dedicated to him starting with the opening press conference on Saturday 2 April, followed on the evening of Sunday 3 April by the Gala Evening and presentation of the Lifetime Achievement Award together with a Prize from the Fondazione Giacomo Puccini. After the award ceremony, William Friedkin will introduce his film Sorcerer. On the morning of Monday 4 April, in Lucca, the director will hold his masterclass, whereas on the evening of Tuesday 5 April Friedkin will be in Viareggio to present the unforgettable masterpiece by Federico Fellini Amarcord in the version restored by the Cineteca di Bologna.

The program also includes a retrospective that will include Friedkin’s most popular works; from The Exorcist (1973), the controversial milestone of horror cinema, to The French Connection (1971) that rewrote the equation of the detective genre, winning five Oscars. From the Sorcerer, a story of four outlaws on the run, to Killer Joe (2011), an adaptation of the Pulitzer Prize-winning play by Tracy Letts, presented at 68th Venice Film Festival starring an extraordinary Matthew McConuaghey in the leading role, to conclude with Bug (2006), a murky story where paranoia is center stage.

William Friedkin also directed Gianni Schicchi at the Washington National Opera and Il Tabarro and Suor Angelica at the Los Angeles Opera. “Directing Giacomo Puccini’s works was one of the most rewarding moments of my career,” stated Friedkin. For this reason, the Festival’s organizers in collaboration with the Fondazione Giacomo Puccini will produce a 52-minute documentary where the American director will explain his relationship with the great composer and Maestro from Lucca. This documentary will be the first in a series of works that every year will be offered to festival testimonials to narrate the relationship between film and Puccini’s opera and music.

The Lucca Film Festival and Europa Cinema directed by Nicola Borrelli, is one of the key events organized and sponsored by the Fondazione Cassa di Risparmio di Lucca. The exhibits are organized and produced in collaboration with the Comitato Nuovi Eventi per Lucca with the support of Banca Société Générale. The Festival also enjoys the support of Gesam Gas & Luce SpA, Banca Pictet, Banca Generali Private Banking, Banca Carismi, the Fondazione Banca del Monte di Lucca, Stonecycle, Il Ciocco S.p.A., Il Ciocco International Travel Service S.r.l., Idrotherm 2000, MiBACT (the Italian Ministry of Cultural Heritage, Activities and Tourism), the Region of Tuscany, the Province of Lucca, the City of Lucca, the City of Viareggio, the City of Barga with the collaboration of the Fondazione Sistema Toscana, the Fondazione Giacomo Puccini and Puccini Museum – Casa Natale, the Fondazione Centro Arti Visive, CG Entertainment and the Photolux Festival. Thanks also to Lucca Comics & Games, the Fondazione Carlo Ludovico Ragghianti, Trenitalia Regional Management, Unicoop Firenze and to the Degree Course in Performing Arts and Civilization Department of Communication and Forms of Knowledge at the University of Pisa for their collaboration.