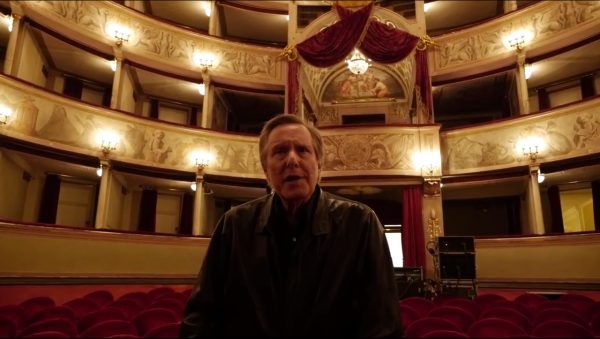 Lucca, 16th September – The documentary “Puccini by William Friedkin”, produced by the Lucca Film Festival & Europa Cinema and Fondazione Puccini, will be presented during the 27th edition of the prestigious “Message to Man”, the international film festival that will take place in Saint Petersburg from September 15th to September 22nd.

In recent years the festival has become one of the core events among the ones organised and supported by the Fondazione Cassa di Risparmio di Lucca. Thanks to the enlargement of its cultural proposals, the festival has now become an important point of reference for several institutions that work in the cultural and audiovisual industry in Lucca and in Tuscany.

The festival is a great showcase to promote international projects related to the territory, as happened during the 2017 edition of the festival with the prestigious Italian premiere of the film “The Little Hours” by Jeff Baena (Canada, USA, 2017), a North American production filmed in Garfagnana thanks to the support of Il Ciocco and with the executive producing of Alessandro Bertolucci’s Dublab srl. It is also a creative workshop where young artists – members of the artistic direction – can work with original production and co-productions.

“Puccini by William Friedkin” is a documentary designed and filmed by Federico Salvetti, co-founder of the production company Kalispéra and selector of the festival Feature Film Contest. This is his second experience with documentaries after “Bye Bye Bakken”, a documentary film that describes the North Dakota oil boom of recent years. Kalispéra took care of the executive production, and the project was part of a constant and fruitful cooperation with the Fondazione Giacomo Puccini and Teatro del Giglio.

“I consider Il Trittico the peak of my work as a director”. With these words Friedkin opens the chapter of his autobiography dedicated to Giacomo Puccini, summing up perfectly the emotions he felt during the 2016 edition of the festival, when he had the opportunity to visit the places linked to Puccini’s life and works – such as the Teatro del Giglio or Lucca Cathedral – and to discover all their secrets, which gave his documentary the energy and power that made it become a unique and must-watch film. One great artist meets the other and Lucca is the privileged place for this magical meeting.

The world premiere will take place on September 18th at 10.40pm at the Velikan Park cinema in Saint Petersburg. The director will be there to present his film and answer the audience’s questions. The participation at the renowned Saint Petersburg’s festival has been made possible also thanks to Dr. Olga Strada, director of the Italian Institute of Culture in Moscow and Dr. Paola Cioni, director of the Italian Institute of Culture in Saint Petersburg. It will also be a great opportunity for the Lucca Film Festival to start considering the most recent and successful Russian productions.