Gualtiero Jacopetti and the “Mondo Movies” 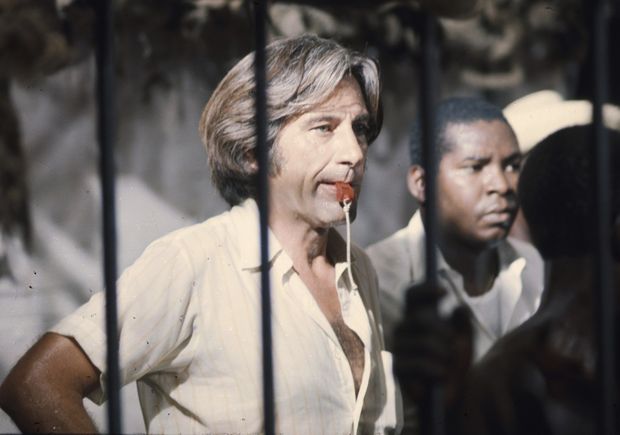 Gualtiero Jacopetti was foremost a great Journalist. After spending many years working with Indro Montanelli, one of the most important italian journalist of all time, he founded, in 1953, a weekly publication called Le cronache, which was the inspiration for the contemporary italian weekly publication L’espresso. For him, journalism’s purpose was to demolish the traditional rules and to shock the reader. No more idyllic report about welfare and economic growth in Italy and in the world, but shocking stories about the weirdest traditions from exotic and unknown countries. In 1962, he brought his words to the big screen by shooting, with a small crew, the shocking and famous “Mondo cane“, film that launched the “Mondo Movies” genre.

in 1958, after he wrote the script for Blasetti’s movie “Europa di notte”, Jacopetti started thinking about his cinematic debut. He chose to film, without a logical structure, many peculiar and bizarre traditions from all over the world. In the movie we can admire some animals being mistreated for celebrations, a procession in the south of Italy during which the believers flagellate themselves and an asiatic ceremony where the bulls are being decapitated. Due to the huge success of the movie (it was first shown at the Cannes film festival and also got a nomination at the Oscar) a new genre came to life, the one that is known today as Mondo movies.

The name comes directly from Jacopetti’s masterpiece; in the United States and in the english-speaking countries, the genre is also known as Shockumentary. The genre takes inspiration both from the documentary world and from the underground culture, as he often deals with society’s taboos and a various number of subcultures such as “erotic cinema” or snuff movie (in those movies are shown tortures, most of the times perpetrated against a young women, that always end up with the death of the protagonist). From “Mondo cane” comes a variety of cult shocking movies like “Cannibal holocaust“, the 1980 movie directed by Ruggero Deodato. In 1985, thanks to “Guinea pig“, one of the most famous “Snuffs”, the genre became famous throughout all Asia.

That’s the title of the exhibition that took place last year at the “Galleria Comunale” and the “Galleria Bel Canto di Barga” from the first of april till the first of may. In the same time, a big retrospective dedicated to Jacopetti was organized by the “Lucca Film Festival e Europa Cinema”. The exhibition consisted on a large collection of poster, images, photos and videos from the sets of the most important italian Shockumentary ever made. From the “sexier” pictures like Europa di notte (1958), il mondo di notte ( 1959) and America di notte (1961) to the more bizarre movies like Mondo cane 2 and Africa Addio directed by Jacopetti. Even today, thanks to two truly gifted artists, Manfredo Acerbo ( 1913-1989) and Sandro Simenon ( 1928-2007) the posters are recognized more as art pieces than movie posters.

A reporter that walked in pictures.

Jacopetti has been a great reporter and, since he never “betrayed” his job, he always chose to show reality without any filters or censures. The purpose of his oeuvre, anyway, has been cleared since his cinematic debut, which starts with a very clear caption:

“All the scenes that you’ll se in this movies are true and they were filmed on the field. If those scenes seem sad to you is because this planet is full of sad things. The duty of a reporter is not to make reality happier or sweeter but to show it objectively”