Greenaway, between cinema and art 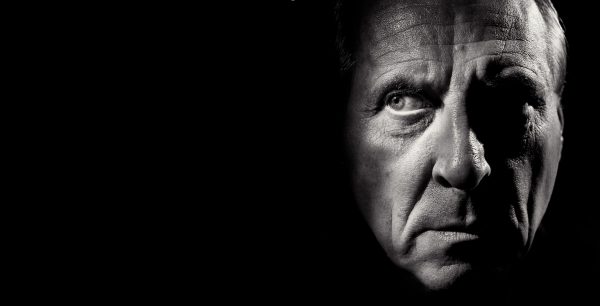 “Cinema is too important to leave it to the storytellers”

these are the words of Peter Greenaway, talented painter before being one of the most important contemporary British directors. Therefore, he could not be missed among the greatest ones hosted by Lucca Film Festival. In fact, in 2013, the British filmmaker held in Lucca a lectio magistralis and also worked on “The Towers / Lucca Hubris“, a multimedia project performed in collaboration with Change Performing arts of Milan. It consisted in 22 absurd and grotesque story, equipped with the peculiar Greenaway’s irony, and settled in a Middle Ages Lucca. The art project was build by mixing the use of visual arts and performance, whit the help of Porcari studio, one of the most advanced green screen technology studio. The work was part of the package to celebrate the restoration of the St. Francis Complex, presented by Greenaway himself, that year.

From the beginning, Peter Greenaway has built a unique imagery, real archive of iconic sequences, such as the cannibal feast in “The Cook, the Thief, His Wife & Her Lover“, or the dead swan in “A Zed and two noughts“, passing through the eighteenth-century frames in frame shots in “The Draughtsman’s Contract“. A pictorial cinema, which combines art and cloying food, bright color and the horror of decay, where the first rotten element is the man himself, in his human fake relationship, in a society where if a social-class survives, it is, necessarily, thanks to a cannibal impulse.

How can we forget the full-bodied and ill protagonist of “The Belly of an Architect“, with its multidirectional loving psychosis: one for the unfaithful wife, and one for the unrealized and unrealizable designs of the architect Etienne-Louis Boullée. And even though the drama is always present, it always ends to be overwhelmed by Art itself, the art of decomposition (of all that is organic: bodies, as human relationships), and visual re-composition in a disturbing Baroque, which is, however, extraordinarily beautiful: graphic perfection and brutal irony.

Greenaway takes art and gives it the main role even in the historical sense, as we can see from a film such as “Nightwatching” (2007), where drama and irony combines in the way of narrating conspiracies and plots behind the famous painting by Rembrandt, The night Watch.

“There are four concepts that revolve around Rembrandt that have been the source for me to realize Nightwatching: money, sex, conspiracy and painting. The first question is social, the second voyeuristic, the third and fourth philosophical and intellectual, although the general public may not see it as such, the last question is the most important. How was it is possible that such an extraordinarily rich and respected painter for half his life, could have died in poverty? What actually does the painting do? We could ask ourselves the same question regarding the cinema. What does actually the cinema do? “

A soundtrack for painting, a soudtrack for sculpture

Now, in his 74s, Greenaway seems to have a different view. At Poevisioni in Genova, last June, he explained with his usual irony its present and future projects:

“Cinema is over, I do it because I’m a fossil.”

But, despite this, at his “Eisenstein in Mexico” (2016) film screening, in Genova, the tireless screen-painter already spoke about his next project, on the same line.

“I have always considered incestuous directors that told of other films or other directors. But now I’m 74 and I feel old enough to watch (and narrate) about people who influenced impressed me, early, with their work: Vermeer, Rembrandt, Eisenstein. Brancusi, soon.”

In fact, “Walking to Paris“, so the upcoming project is titled, tells of when, at the age of 26, the Romanian sculptor Constantin Brancusi went to Paris, with no money: he walked 1,500 kilometers from Bucharest to Paris.

“He was a very poor sheperd, but he had the consciousness of being an artist and therefore could not live in Paris”

said the British director. Shooting, which so far have taken place in Switzerland and Basilicata, are still in progress, aiming to respect the division into four parts of the film, corresponding to the seasons. Therefore, as Greenaway says that his cinema is

“born from disappointment that the painting had not any soundtrack” (Genova, 2016),

who knows if, with “Walking to Paris“, he might be able to give that soundtrack also to one of the greatest sculptors of the contemporary age.