Aki Kaurismaki: a director for the “lasts” 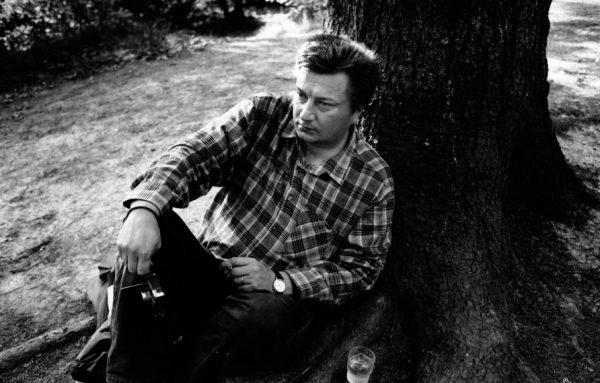 As we look forward to watch the preview at the Lucca Film Festival and Europa Cinema of the other side of hope, which just won a silver bear at the Berlinale, let’s find more about the legendary career of Aki Kaurismaki. He is first cinephile and then a filmmaker; he is an author, director, producer and co-founder of the Midnight sun film festival and the production company Ville alpha.

In 1981, at the age of twenty four, together with his brother Mika, Aki Kaurismaki wrote and directed his first long feature film, Saimaa-ilmiö, a documentary that comes form his great passion for rock music, in which he follows three Finnish rock bands on tour by the greatest lake of the nation.

After directing, in 1983, a modern adaptation of Dostojevski’s Crime and Punishment and Calamari Union, in 1985, he founded, the famous Midnight sun film festival, where, among many other famous guests, made their appearance some of italian best directors like Francesco Rosi, Ettore Scola and Mario Monicelli.

1986 is also the year when Shadows in paradise hit the theaters. The first of three movies, thatlater, together with Ariel (1988) e The match factory girl(1990), that will form the so called “Losers’s trilogy”  which made  Kaurismäki famous worldwide. It is about the desolation of the human beings, their solitude and daily struggle; stories of losers and defeated people boldly told with humor and irony, made Kaurismaki’s style so recognizable.

The nineties and the big success.

Leningrad Cowboys go to America(1989), an imaginary trip to the united states of the homonymous band, has revealed himself as a great box office success. The director and the band will collaborate many more times as Kaurismaki has made many music videos for the band and they made, together, in 1994 a ferocious sequel set in Mexico called Leningrad cowboys go to Mexico. In 1990, I hired a contract killer was presented in Venice. The movie, features Jean-Pierre Lead as the leading character, a just fired worker who, consumed by depression decides to hire a killer to put an end to his life.

From this moment on, every Kaurismaki movie will be presented in the most important festival from all over the world; first in Berlin, where he obtained the FIPRESCI price with La vie de Bohème(1992), then in Cannes, where his second trilogy ( “The Finnish trilogy”, will be rewarded with several prizes; a special mention for Kauas pilot karkaavat in ’96, the grande jury prize for his masterpiece The Man Without a Past (2002) and in 2006, Lights in the dusk, was selected in the official competition.

He recently obtained a second FIPRESCI prize, on the  “Croisette”, for Miracle in Le Havre (2011), a drama on the background of immigration that tells the story of a modest shoeshine that  gives refugee to an africa kid arrived on a Cargo Ship.

The Lucca Film Festival and Europa Cinema 2017 will reward him with the Lifetime Achievement Award and will handle him an Honor from the Giacomo Puccini foundation for his movies Lights in the dusk, which will be also shown during the festival.