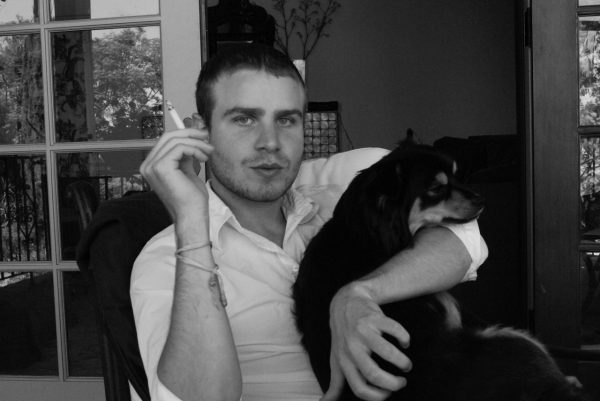 On the occasion of the “Twenty Puccini” in 2008, including directors such as Tsai Ming Liang, Jonas Mekas and Michael Snow, Lucca Film Festival has also hosted the young rising star of American cinema Brady Corbet.

Today, the unforgettable “Funny Games” (2007) white-dressed tormentor, raised between real life and TV-screen by the magic hanekian remote control, seems to have gained a first-class place even on the other side of the screen itself.

In fact, in 2008, the young filmmaker was a guest at Lucca festival not only for his acting skills, but also for his interesting work in the making of film, “Protect You + Me“, which earned him an honorable mention at the Sundance Film Festival, the following year. “Protect You + Me” is an only 11 minutes lasting short film of only, from which we can already see the emotional outbursts and hardly swallowed unknown dramas, insights and, at the same time, constitutive of his first feature film, “The Childhood of a Leader“, with which it shares both, style and themes:

“This notion of exploring the elusiveness of our formative memories is the main theme of Childhood.”

Dictators have been children too

“The Childhood of a Leader”, who won Orizzonti Award for Best Director at the 72nd Venice Film Festival, is the result of a long project, undertaken by Corbet since he was only 17, and carried forward with his wife and screenwriter Mona Fasvold. From a subject taken by books of John Fowles and Jean-Paul Sartre and by Margaret MacMillan’s studies on dictatorships, the young American filmmaker has thus built up a brilliant and terrific debut, where the socio-political and existential join up to become indistinguishable. Treasuring especially the influence of Michael Haneke, but also inspired by classic psychological horror movies like “The Omen” and “The Shining”, Corbet manages to create a very personal work, which makes ambiguity its backbone.

Shot on 35 mm Kodak film, and with an exceptional cast (Robert Pattinson, Bérénice Bejo, Liam Cunningham and Stacy Martin), “The Childhood of a Leader” is a sinister portrait on the origins of fascism, which starts from the question that we all made at least once in life, in front of the great tragedies of history: after all, how can you deny that the most ruthless dictators have been children, too? And it is on these questions, properly, that the film is based, with a spasmodic storytelling, accompanied by the extraordinary music by Scott Walker. Where cruel parents mean cruel children, and vice versa, in a bloody battle fought on the slippery line between Good and Evil (both past as contemporary), there is no space left for answers or for reassurance, because

Therefore, a brilliant debut that of Brady Corbet, who, in his early 30s, is already about to realize his second feature film on 65 mm. The shooting for “Vox Lux“, this is the title, will begin in February, starring Jude Law and Rooney Mara. She will act as young pop star who will achieve success as a result of a series of unusual circumstances.

We just have to wait, then, the completion of this second work of the American director who, from the work done so far, seems to be to start a great career.