David Cronenberg, between evolution and continuity 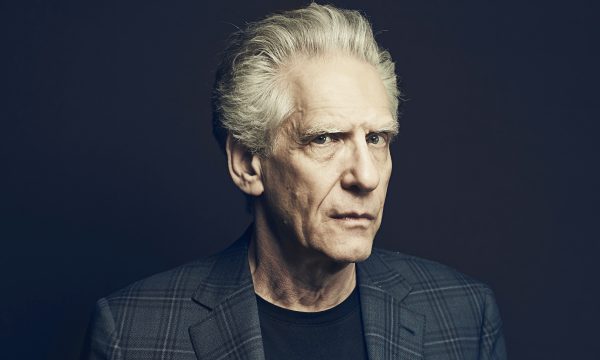 Hosted in 2015 by Lucca Film Festival, David Cronenberg is one of the most influential characters in contemporary cinema. Writer and philosopher before being a director, he’s the author of kind of movies which draws their lifeblood from both experimenting with cinema, as medium, and scientific experiments’ theme properly (such as that of Professor Oblivion in “Videodrome“, or that of Seth Brundle, scientist in “The Fly“). Therefore, Cronenberg perfectly embodies the spirit of the festival itself, under the banner of experimentalism and multidisciplinarity.

The body-horror genius, in fifty-year career, managed to overcome the movie type with which he has earned the fame, recently landing well to noir and thriller, too. Such an evolutionary path, in which there are no traumatic solutions of continuity, however, because his films seem always fresh and incredibly consistent, at the same time.

Great filmographic father, Cronenberg has raised his films always in a way that has been personal, but never self-referential, and with a constant interest to new technical possibilities offered by the medium. Since the beginning of his career, the Canadian director managed to turn low cost special effects in identifying elements and signature brands. Through horror-movie-making, he has built films as critical essays about human being and human weaknesses, and he still investigate, without ever falling into easy pessimism, the borders and the limits of human rationality. A kind of philosophical and speculative cinema, which penetrates physical and psychological aspects of mankind, without any possibility of separating the two aspects. This is why the journey in his bibliography references leads us, with paradoxical consistency, from the beat generation William S. Burroughs (“Naked Lunch”, 1991), to the postmodernism of Don DeLillo (“Cosmopolis”, 2012).

In 2015, for the eleventh edition of Lucca Film Festival, which, that year, was united to Europa Cinema Viareggio, thus creating a unique national event, four exhibitions in homage to the Canadian director have been set up. Among these, the unforgettable “Evolution“, internationally created by Toronto International Film Festival an located at Fondazione Ragghianti, a national and international art stronghold in Tuscany.

Curated by Piers Handling, director of Toronto International Film Festival and Noah Cowan, first artistic director of TIFF Bell Lightbox, the exhibition consisted in a path through the director’s inventions, investigating human evolutionary possibilities in the sense both physical as psychological. A journey through hundreds of props, theatrical production materials, interviews with employees, unseen footage, rare backstage photographs, tracing lines of development and maturation in Cronenberg’s career as a director, starting from the first influences of the Canadian sociologist Marshall McLuhan, which inspired the film Videodrome (1983).

“Evolution” also had a branch section “M. Butterfly “at Puccini Museum – Casa Natale. M.Butterfly, such as the title of the 1993’s film by Cronenberg, found in Giacomo Puccini Casa – Museo its natural place. In addition to the props and the spectacular costume worn by the character of “Song Liling” during his Peking Opera performance in M. Butterfly,  there were also precious autograph memorabilia and documents regarding Madama Butterfly, that the museum still retains. The exhibition restated the parallel between the tragedy told from Puccini’s opera and that of the film’s protagonist, staged by Cronenberg, skillfully using the music of Giacomo Puccini. Music that was not missing also at the Festival, where it was held a concert on the right of the greatest masterpieces of the music director.

Therefore, a God of contemporary cinema that today, in his glittering seventies, is preparing to assume the role of God properly, stepping in front of the camera. In fact, Cronenberg is taking the role of the all-mighty God in the sci-fi short film “Tomorrow’s shadows“, by Canadian director Geordie Sabbagh, starring alongside Karine Vanassee, Wendy Crewson, Dawn Greenhalgh and Steve Lund. The film is being produced by Ashleigh Rains and is being shot in Toronto.

“ Ashleigh and I are thrilled Mr. Cronenberg agreed to play God, an aptly cast role if ever there was”

Commented Sabbagh in a statement. How to disagree …