K-Saram: Tale of the Pig Head

Centered around the Koryo-saram community in Rostov-on-Don, Russia, the film displays a shamanistic memorial ancestral ritual „Jesa”, encompassing the collective memory of Korean diaspora, the wish of the Koryo-saram for a unification of South and North Korea, and showing the real appearance of the ghosts of migrants whose transformation to spirits was not succeeded. “Saram” means human in Korean. The title refers to the today very popular K-export- products like K-Drama, K-Pop, K-Beauty, etc. and to the name that the Soviet-Korean diaspora uses instead of the South-Korean term “Koryo-In”.

Approximately 500,000 ethnic Koreans reside in the former Soviet Union. Most of their ancestors were forced to escape during the Japanese occupation/annexation (1910 – 1945). Their self-given name is Koryo-saram. Their language, the Koryo-mar, is descended from the Hamgyöng dialect (province in North Korea) and multiple other varieties of Northeastern Korean. The film is configuring a multi-vocal narrative through shamanic ritual performances, digital glitches, voiceover, text and soundscapes. Both inter-subjective and deeply personal, the film treats the tales of migration, diaspora and death, with humor and lightness. 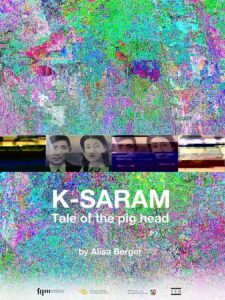 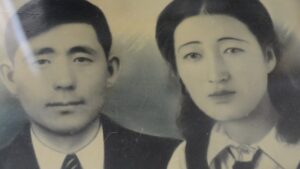 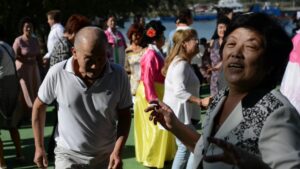 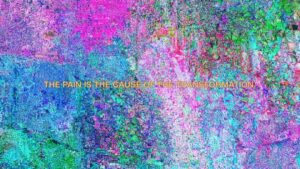 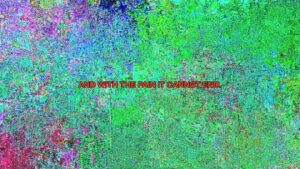