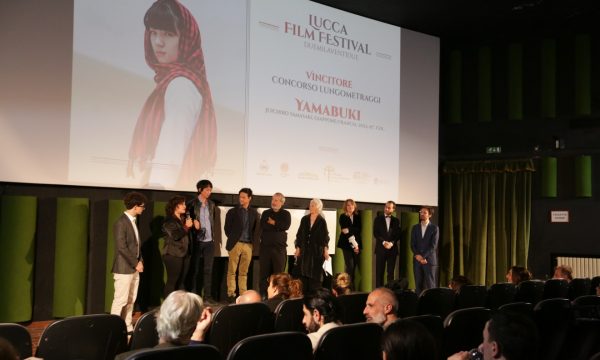 From September 23rd to October 2nd, 2022, one of the most relevant Italian cultural events took place in Lucca: the Lucca Film Festival, organised with the contribution of Fondazione Cassa di Risparmio di Lucca. The juries gave the awards to the films that participated in the different competitions, divided as usual into short films and feature films. Among the new features introduced last year, we find the press jury, made up of press and communication experts who gave the “Marcello Petrozziello” award, dedicated to the late homonymous well-known journalist and great communicator from Lucca. Petrozziello was Press Office and External Relationships coordinator for Fondazione Cassa di Risparmio di Lucca.

Concerning the feature films, the jury, made up of Nina Nerli Taviani, Claudio Cupellini, David Riondino, and Andrea Sartoretti, gave the Best Feature Film Award, with a value of 3,000 euros, to:

The jury also gave an Honourable Mention to:

The Press Jury gave the Marcello Petrozziello Award for the Best Film to:

The People’s Choice Award for the Best Feature Film went to:

The People’s Choice Award for the Best Short Film went to:

The Students Jury Award for the Best Feature Film was given to:

The Students Jury Award for the Best Short Film was given to:

The 500-euro Films for our Future Award for the Best Film went to:

If you missed the live video of the awards ceremony in the live room, you can watch the video on our YouTube channel