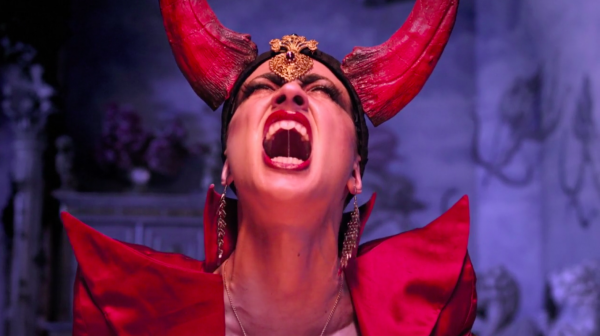 With the 2017 edition of Lucca Film Festival – Europa Cinema, it is opened the 11th international competition for short films, too. The aim of both, the festival and the competition, is mainly to further experimental works.

Tracing the history of the competition over the years, it appears clearly that new ideas and original imaginative paths were always encouraged. Significant, in this sense, last year jury choice: “Black Code / Code Noir” by French director and video-artist Louis Henderson. The short film, with a strong experimental vocation, is a critical reflection on current issues such as the recent murders of young African-American Michael Brown and Kajieme Powell in Missouri, by some police officers. In this work, Henderson successfully manages to combine found footage technique and musical language, so as investigating the connections between history, technology, capitalism and colonialism. A summary of cinema, music and art, consonant with the most genuine intents of the competition and the festival itself.

The contest: yesterday and today

Such a fusion of languages from different communication areas, which emerges even more clearly if we think of the past editions guests. Suffice it to mention two names: the French musician and video-artist Robert Cahen and the popular director David Lynch. Both innovators, one in a field such as video-art, the other in movies, these mad scientists and masters have passionately embraced so much music as visual language, constantly researching and experimenting, all through different media.

Moreover, music, film, art and psychology, met also in 2015 with another unconventional choice of the jury. The winning short film was, in fact, “Jazz for a massacre” by Giuseppe Spina and Leonardo Carrano, who were also part of the jury the following year, along with the critic and director Toni d’Angelo. “Jazz for a massacre” is a tribute to Nato Frascà, inventor of the “Scribble method” to investigate the unconscious, a method which seems to shape the short film itself. It is, in fact, a sort of jazz-and-colors concerts, which runs through 20.000 frames of “scribbles”.

Variety of means and languages

Therefore, that of Lucca is properly an open competition, so much in form, as in contents, in order to propose and encourage new ideas and talents. A kind of variety (in terms of art languages and participants), that the festival has always promoted: directors different for age, countries and professional background, supported by solid, shared or independent productions. Consider, for example, Adan Jodorowsky (son of the famous Chilean director) who paricipated with “The Voice Thief” (2013). The short film, produced thanks to a famous crowdfunding platform, sees Adan also as the protagonist, next to the actress Asia Argento.

So, through this sort of international ideas wind blowed by the festival, it seems to expand what is not only a market of film, but, above all, a hotbed of new talents. Moreover, precisely because of the high-quality of the works, juries have struggled, sometimes, to choose just one. We think, as an example, to the 2013 edition, which ended in a ex-aequo. Another example, could be “Pigeons” (2016), by the director Luca Ferri. The short film, was perhaps the toughest rival of Handerson in the competition, but, at the same time, it contributed to increasing the value of his victory. Produced by Lab80 of Bergamo, house which, since the 80s, deals with independent movies, “Colombi” also partecipated at the 73rd edition of Venice Film festival, in the Orizzonti section with a great critical acclaim.