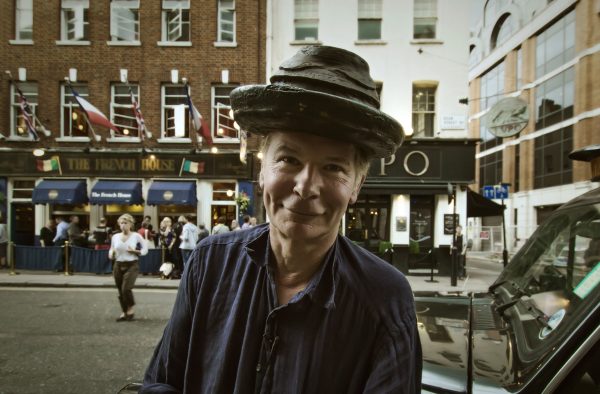 “I think everything about film-making should be a risk, that’s why it’s different from television. And that’s what I think charges you up when you do it.”

Among the guests of the Lucca Film Festival and Europa Cinema 2017 there’ll be Julien Temple, the director of the best known in relation to punk-rock music scene since the ’70s. April 3, Temple will open as part of the festival, the exhibition entitled PunkDadaSituation on the relationship between punk, art, music and image.

Jean Vigo and Sex Pistols: a cinema of anarchy and Arts

Young man with a rebellious temperament, Julien Temple studied at Cambridge University, where he discovered the films of Jean Vigo, French director, pioneer of European cinema and especially anarchist by birth and beliefs. To him, in ’98, in fact, he will dedicate a very-felt tribute, as well as lukewarm-received by critics, Vigo: Passion for Life, about the love story between the filmmaker and his wife Lydou.

If the meeting with Jean Vigo is crucial to convey the explosive energy of Temple in the film, a turning point is further represented by the encounter with the Sex Pistols. To the London band, quintessential of punk, the director will tie inextricably his career, starting to his first short movie.

The Great Rock And Roll Swindle

The short documentary debut, Sex Pistols Number 1, rapidly leads him to the feature film The Great Rock And Roll Swindle (1979), by which the 26 year old Julien achieved great success. The documentary chronicles the rise of the Sex Pistols from their manager’s, Malcolm McLaren, point of view. Singer Johnny Rotten accused him of having manipulated against him the film itself. Despite the wild accusations of partiality in the public, the ’79 work inaugurates the career of Temple as a director and author of music videos, which are characterized by the unmistakable combination of found footage, animation and sequences shot on purpose.

In the ’80s and’ 90s British director realizes music videos for the biggest names in rock, such as the Rolling Stones, Kinks, Judas Priest and David Bowie. Together with singers Patsy Kensit and Sade, David Bowie will also stars the musical Absolute Beginners resounding failure at the box office because of the disproportionate costs. In addition, the film is worth to Temple criticism for alleged lack of narrative. Despite the unsuccessful outcome of the project, Temple continues tirelessly to make music videos and moves to the United States where he collaborates with artists such as Neil Young, Tom Petty, Billy Idol and Janet Jackson.

“when I made a musical of my own, “Absolute Beginners” in 1986, it pretty much got me exiled from the film industry. However, it turned out the Jackson family were fans, particularly Michael and Janet, who used to copy the dance sequences as it played on their cinema screen. Michael’s Thriller (1983) cost $500,000 – but then it looked like it. In some big-budget videos you can’t see where the money goes, but with that one you definitely could.”

From The Clash to the Lucca Film Festival e Europa Cinema

Since 2000, to his filmography you add more iconic documentaries: one made between 2002 and 2005 on the Glastonbury Festival, the great success of criticism The Filth and the Fury, which renews the look on the history of the Sex Pistols, availing the collaboration of the band members still alive and the biopic Joe Strummer: the Future is Uwritten on his friend, singer and guitarist of the Clash.

“Joe didn’t want to talk. I really don’t know why.”

If Joe was a man of few words and preferred to be told, who knows if at the Lucca Film Festival and Europa Cinema Temple does not speak of him, too.