Julien Temple and punk at LFFEC 2017 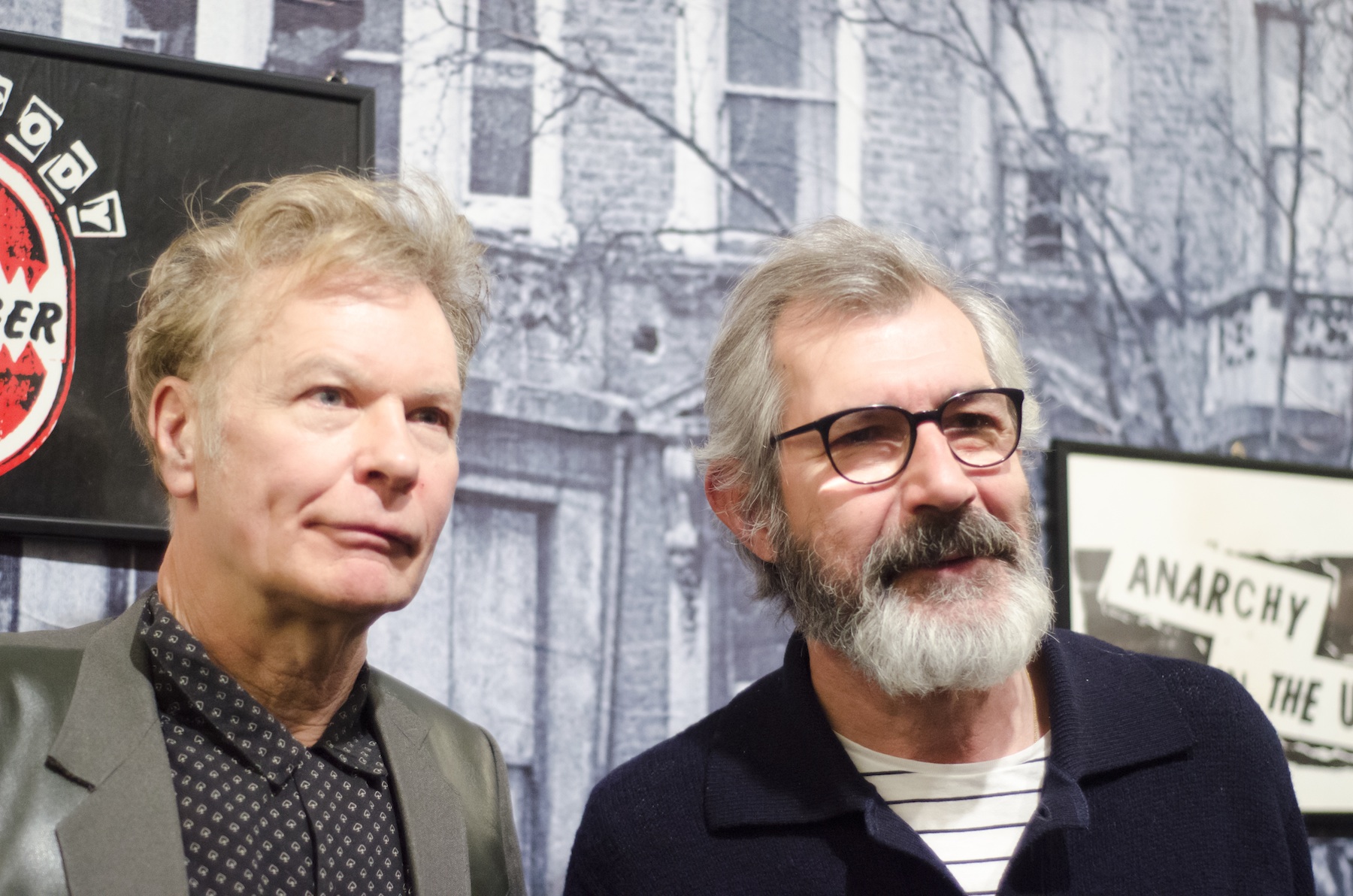 The second day of the Lucca Film Festival e Europa Cinema 2017 has been in the spirit of music, a theme that has been very important for the Festival since it foundation. Julien Temple was awarded with the lifetime achievement, the director of different rock ’n roll based movies and videoclips for great bands like Depeche Mode, Van Halen and David Bowie. His career is mostly tied to the punk movement, most of all to the biggest band of the genre like the Clash and the Sex Pistols. Actually, in 1980, he made a documentary, now a cult, about Sid Vicious’ band called The great swindle of rock and roll, showed this morning in the Sala Convegni “Vincenzo da Massa Carrara” and followed by a meeting with the audience. Temple spoke about the punk movement and its future, together with John Tiberi, the official photographer and Road manager of the “Pistols”.

The press had the chance to visit privately the exhibit Punkdada situation, set up in the “mezzanino” of the Fondazione Ragghianti, organized by Alessandro Romanini and opened until the first of May, before the official inauguration in the afternoon, with the presence of the director and the photographer.

The afternoon was also full of movies; at the Cinema Centrale we had the screening of Afterlov and The levelling, both competing in the international long feature competition. The retrospectives dedicated to our guests, like Oliver Stone and Giada Colagrande are continuing, together with the first italian retrospective ever dedicated to Cristi Puiu, the president of the jury composed by the director Pietro Reggiani and the actress Angela Baraldi.

The origin of species – Keith Richards

After The other side of hope by Aki Kaurismaki, the second preview out of competition was The origin of species- Keith Richards, a Julien Temple’s documentary that tells the childhood and adolescence of one of the greatest guitarists ever, a fundamental member of the legendary Rolling Stones. The British director, after receiving the Lifetime achievement award of the Lucca Film Festival and Europa Cinema, has spoken about his love for the city, where he spent a summer as

“Every good english child did”

Eventually, when he introduced the movie, he said about Richards:

“Keith Richards is the symbol of “addiction”. When you get out of here you’ll want to start  chain-smoking. He smokes every five minutes, he’s addicted to everything. But mostly, he is addicted to life, he is hungry for life.”