Stone – A wait-and-see approach to politics 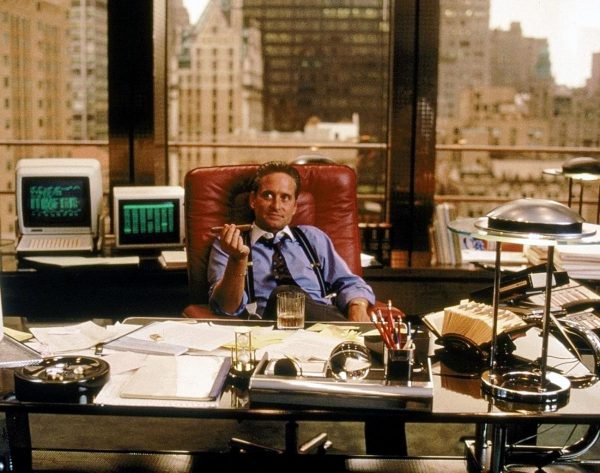 This year, one of the guest-stars at Lucca Film Festival e Europa Cinema, is the director Oliver Stone, who will have a conversation with the audience and receive several of our awards. Pictet Bank, one of the biggest supporters of the festival, offers in its recent analysis an opportunity to explore meaningful aspects of the three-time Oscar winner’s films. In fact, since his third feature film Salvador (1986), Oliver Stone is known for being a political and “polemic” director, always involved in the examination of America, to which he is bound by a relationship, such close as conflictual. American director seems to be one of the most clear headed and (all things considered) less partisan analysts and statesmen, despite an aversion to economic statistics and mathematics which made him take a different path from that of his father Louis Stone, a stockbroker at the time of Great Depression.

Such a distance, however, does not prevent him to accurately fulfill films about the political and economic mechanisms in his country. And, taking a closer glimpse, his critics about the Vietnamese massacre carried on by USA in the famous Platoon, are not so far from his disapproval about America’s economic politics in the early ‘90s. So thus, Stone strongly feel the need to not lose the sight of a sort of integrity in the system, highlighting the human side of the pacifist soldier in Platoon and the moral principles beyond the tycoon of  finance in Wall Street, a clear and essential division between good and evil ones, two faces of the same reality. Unforgettable and iconic, is Gordon Gekko-Michael Douglas (Wall Street, 1987), necessarily stereotyped character even though built in real terms, once again deeply felt by the director himself. On the same line in Platoon, as a pure antithesis to the rotten apple Bob Barnes, there’s the anti-war soldier Chris Taylor, significantly starring once again Charlie Sheen, so the broker Bud Fox and his painful ethical outbreaks, implanted on an inhuman paroxysmal Financial Olympus, yet very real. Taylor and Bud are, therefore, incredibly close figures for which passes the common thread of entire Stone’s filmography: the authentic and ethically valid life perspectives, hardly surviving in the years of the proverbial “greed monologue” uttered by Gordon Gekko, such as in the context in which a degenerated Barnes could be undeterred while killing Elias.

Stone and the excessive power of the media

And lately he did not even spare vitriolic criticism to contemporary reality, which he is still able to wisely observe. On the occasion of his production Ukraine on Fire premiere, a documentary about 2014 Ukrainian revolts, Stone has indeed moved far from veiled accusations, especially against USA media and their tendency to discharge any liability, on international conflicts, on Putin’s Russia. Responsibility that, however, the director has claimed, with his usual determination, to be totally American, like completely American has been, in his opinion, President Donald Trump election. He also criticized on several occasions, New York Times, Washington Post and several other prestigious American newspapers, guilty of accepting informations provided by government agencies, often without deepen them further. In specific regard to President Trump, then he defined as inconsistent the theories on Russian interference in the recent elections.

“At one point [the official press] has stopped having critical sense. The function of journalism should be to analyze and criticize the theories of the official sources. The United States have a long tradition of political interference in other countries, not Russia. “

Stone media anti-conformism is anything but apologetic attempt in favor of a hyper-criticized legitimacy and newly elected president of the United States, a reflection of a polished approach and wary of a trend simplifying media in conveying the points of view. So, is not a surprising fact that the director would have much preferred to see compete for the White House Bernie Sanders, instead of Hillary Clinton. Moreover, the career of the establishment candidate seems, in some ways, closer to that of a conservative leader to that of a democrat. In this regard, the Oscar-awarded has strongly criticized the line followed by media, guilty of having outlined the Republican counterpart represented by Donald Trump as the appearance unpresentable, instead pointing out Clinton as the only respectable alternative.

“Even though Trump is unpresentable, the former first lady has been brainwashed by the neoconservatives”

An approach that Pictet Bank reasonably defines a sort of “wait-and-see”, considering how much the director’s philosophy has always been aimed by the need for much a moralization of finance and definitive abandonment of international conflicts.

Moreover, the stance of “defense” and continuous analysis of future scenarios is, according to Pictet Bank, typical at this stage of markets. Particularly in line with Stone’s forecasts are, in fact, Andrea Delitala’s remarks at Mondo Pictet, where he claims about

“optimism for Trump’s attitude that has pushed on markets.”

Especially, the reference goes to the so-demonized aggressive strategy of his campaign, which seems to be factually rather less categorical than it would seem.

The purpose to abolish Obamacare hides, in fact, the President’s aim to bring down the price of medicines. In one of his latest tweets, of March 7, he wrote:

“I’m working on a new system in which there will be more competition in the pharmaceutical sector in order to make prices for the American people go down a lot.”

In particular, Trump has shown a remarkable conciliatory willingness towards China, especially about speculation on biotech stocks at Wall Street. In this regard, Hutchison China MediTech Ltd, a Chinese biotechnology company, has reached the most remarkable achievement with its treatment of colorectal cancer. Such an excellent result has been fulfilled thanks to the collaboration with Eli Lilly, a US Big Pharma. A medication that seems not only to ensure the primary objective, namely the survival of patients, but also be the calling card for China Med, which last year was listed on the Nasdaq with an IPO of 100 million dollars.