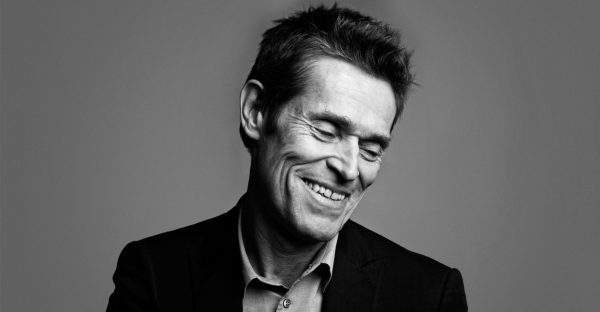 Among the stars of the Lucca Film Festival and Europa Cinema 2017, also Willem Dafoe, which will be honored and receive the lifetime achievement award. His professional career appears, in fact, more than ever consistent with the spirit of vitality and research of our festival.

“Any actor who tells you that he makes choices, absolutely, is wrong. You find work and work finds you.”

Remotely Anglo-Swiss blooded, William grew up in a high-middle class family, and becomes Willem in college, Wisconsin, where he studied acting. Dissatisfied with the academic method, he soon abandoned the university, getting closer to the experimentalism of the Theatre X in Milwaukee. Decisive experience, this, for his transfer to New York, where he is one of the founders of the Wooster Group together, among others, the actor and writer Spalding Gray.

“I don’t think people want to see me as a regular guy, besides, I’m a regular guy in real life. I guess I just want to be reckless in my work.”

Through the New York experience of the group, Willem learns not to simply act, he says, but to bring out his inner animal. An approach with a good dose of instinct and rebellion, which earned him a debut accident: Michael Cimino get to drive it from the set of Heaven Gates for being too undisciplined.

“I had scenes and everything and was really enjoying it and then one day we were doing a lighting setup for a long time; basically eight hours standing in place, and a woman told me a joke in my ear and I laughed at a moment of silence. Cimino turned around and said, ‘Willem step out,’ and that was that. I was the lamb for sacrifice.”

The international fame is not long in coming when, in 1986, he plays Sergeant Elias Grodin in the movie Platoon by Oliver Stone. This role, which is worth his first Oscar nomination, is soon followed by numerous collaborations with some of the biggest names in cinema: he is the controversial Jesus in The Last Temptation of Christ by Martin Scorsese, the murky Bobby Peru in Lynch’s Wild at Heart and Agent Alan Ward in Mississippi Burning by Alan Parker. In the 2000s, Max Schreck in Shadow of the Vampire by E. E. Merhige is worth his second Oscar nomination. How to forget, among his most famous characters, Goblin in Spiderman, blockbuster by director Sam Raimi. He also ecomes detective in My Son, My Son, What Have Ye Done?, by the German master Werner Herzog, until the dual collaboration with the Danish director Lars von Trier, alongside Charlotte Gainsbourg, with which he plays the moneylender L. in Nymphomiac and the father and husband champion of women’s salvation in Antichrist. In 2014 he renews a previous collaboration with Abel Ferrara, starring the film Pasolini, very well comparing to the difficult role of the writer and Italian director.

“There’s a funny perception that I play bad guys, but if you really know my movies, the big and small ones, the truth is often I play good guys. But they’re good guys that are flawed, good guys who are outside of society. They’re odd or they’re criminals, but morally they tend to function as good people.”

Therefore, Willem Dafoe arrives at the Lucca Film Festival as well as tireless and versatile actor, able to engage, not only in big Hollywood productions, but also for more research works. As an example: The Life and Death of Marina Abramovic, produced in collaboration with Giada Colagrande and directed by the theatrical genius Bob Wilson.