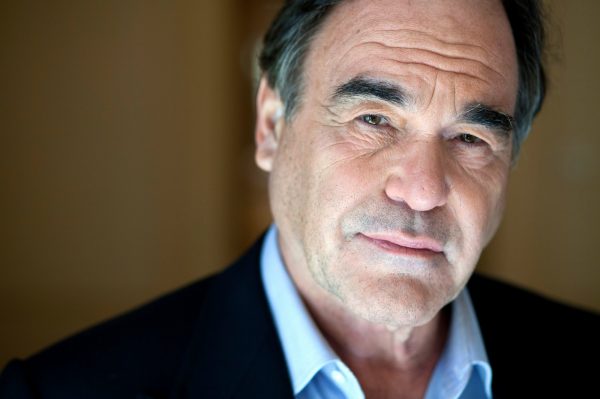 Oliver Stone – three times academy award winner as director and writer – will be in Lucca on April 6th for a press conference and the next evening at the Cinema Astra to meet the audience in a Gala night where he will also present the showing of Alexander (a colossal from 2004, chosen by the director himself). On 8th morning, at 10 a.m., in Teatro del Giglio, will be held a conversation with the audience.

Colin Farrell, Anthony Hopkins, Angelina Jolie, Jared Leto, Val Kilmer and jonathan Rhys Meyers are part of the stellar cast that plays in the big historic portrayal directed by Oliver Stone, following David Lean’s works. Alexander is the “mise en scène” of the young conqueror’s childhood grown by Olympia (Angelina Jolie) and of the legendary battles where the Macedonian army, guided by the “just turned twenty”  Alexander (Colin Farrell) and how he almost conquered the totality of the world known at the time. The conquests in Egypt, the battles with the Persians, Babylon, Afghanistan and eventually all the way to India, till the premature death of the emperor at the age of 32. Oliver stone managed to create a wonderful historical document, a blazing war movie and a charming and precise biography on the most clever ruler ever.

One the most awaited and characteristic event of the Lucca Film Festival e Europa Cinema is yet to come back once again: Effetto Cinema Notte.

After last year’s  edition was dedicated to George Romero and his famous “Zombies”, this year the show will be for Oliver Stone and his War movies, as Born on the fourth of July, Platoon and Alexander.

Thanks to the collaboration with the musical and artistic high school A. Passaglia, a ton of events have been organized in order to transform the city into a giant movie set, animated by scenographers and performers.

At 7 pm. the square will be enlivened by the historical group in costume “Simmachìa Ellenon – Alleanza degli Ellenici”, who will bring to life, with different performances, the fighting maneuvers of “Alessandro Magno”’s armies. The songwriter Emma Norton will eventually sing (in due different concerts, the first at 11-30 pm and the second at 12-30 pm) a medley of songs from the soundtracks of the movies, while the images will be displayed in synch on the facade of Teatro del Giglio.

Also, thanks to the full retrospective dedicated to the director, it will be possibile to watch and rewatch all the great masterpieces that made Oliver Stone one of the most important director in the history of cinema. From Platoon to JFK, from Wall Street to Every bloody Sunday, till the most recent works such as Alexander and Snowden.